There are three more Vax-a-Million drawings scheduled, which means you still have a chance to win! 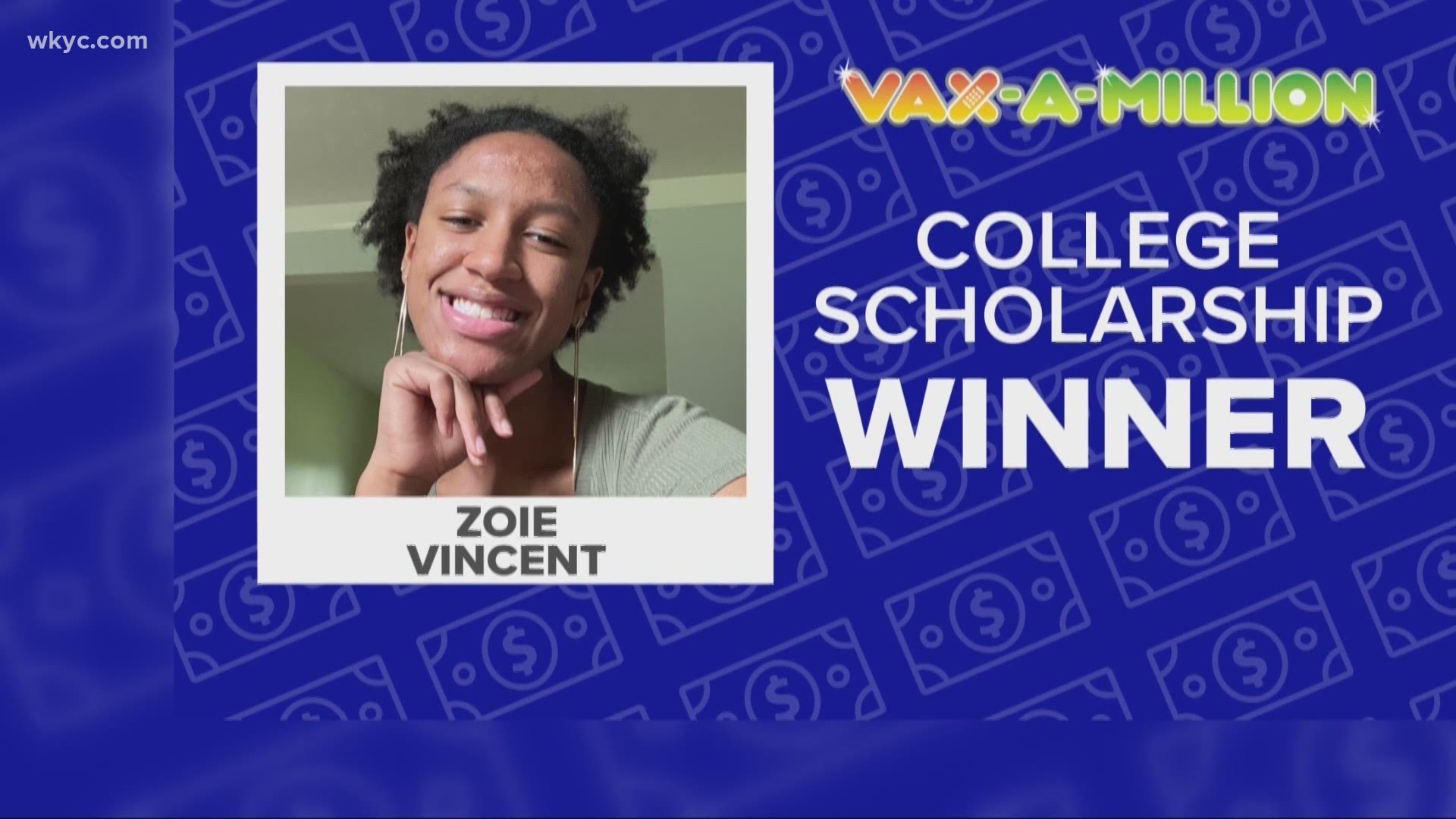 COLUMBUS, Ohio — Ohio Gov. Mike DeWine will formally introduce the state's second Vax-a-Million winners during a 10 a.m. press conference today. We will stream the press conference live inside this story.

The winners in week two of Ohio's COVID vaccine lottery include:

Zoie said she learned that she had won after Gov. DeWine called her father around 7:15 p.m. Wednesday.

She's already planning ahead for her college experience.

"I’m definitely interested in medicine," she said. "I’ve been looking at pre-med or bio programs. Colleges like Case Western and Ohio State have definitely been on my radar for that."

RELATED: "Vax-a-Million" scholarship winner from Mayfield "super excited" about the future, hopes to become a pediatrician

When Gov. DeWine attempted to call Carlyle to alert him of the news Wednesday, his call went to voicemail.

“I had just gotten done with a very, very long shift delivering packages for Amazon," Carlyle said of learning he had won the $1 million. "I was getting ready to park my van for the day. I looked down at my phone and I saw your name on my phone. I had a feeling what was up. I listened to the voicemail and I pretty much almost lost it inside the van.”

What are his plans for the $1 million? Carlyle, who moved to Ohio in 2013, said his family is hoping to find their permanent home sometime in the near future.

"I did not sleep very much last night," he said. "I was dreaming a lot about the future."

Carlyle said he was vaccinated shortly after Gov. DeWine announced the Vax-a-Million lottery.

“My girlfriend had already gotten her first dose," he said. "I was waiting. I was putting it off a lot because I was working all the time.”

Watch Thursday's full press conference with both Vax-a-Million winners in the player below:

If you've already entered the contest, there's no need to enter again. Your single entry is valid for the three remaining drawings. The next Vax-a-Million winners will be revealed at 7:29 p.m. on the following Wednesday nights:

Gov. DeWine launched the Vax-a-Million COVID vaccine lottery last month as a way to give Ohioans an incentive for vaccinations. Here's how the drawing works: Each person who enters is assigned a unique number. A computer then randomly picks one of those numbers as the winner, according to Pat McDonald, who is the Ohio Lottery's director.