Not only does the vaccine prevent the worst of coronavirus, but it also prevents the virus from spreading. 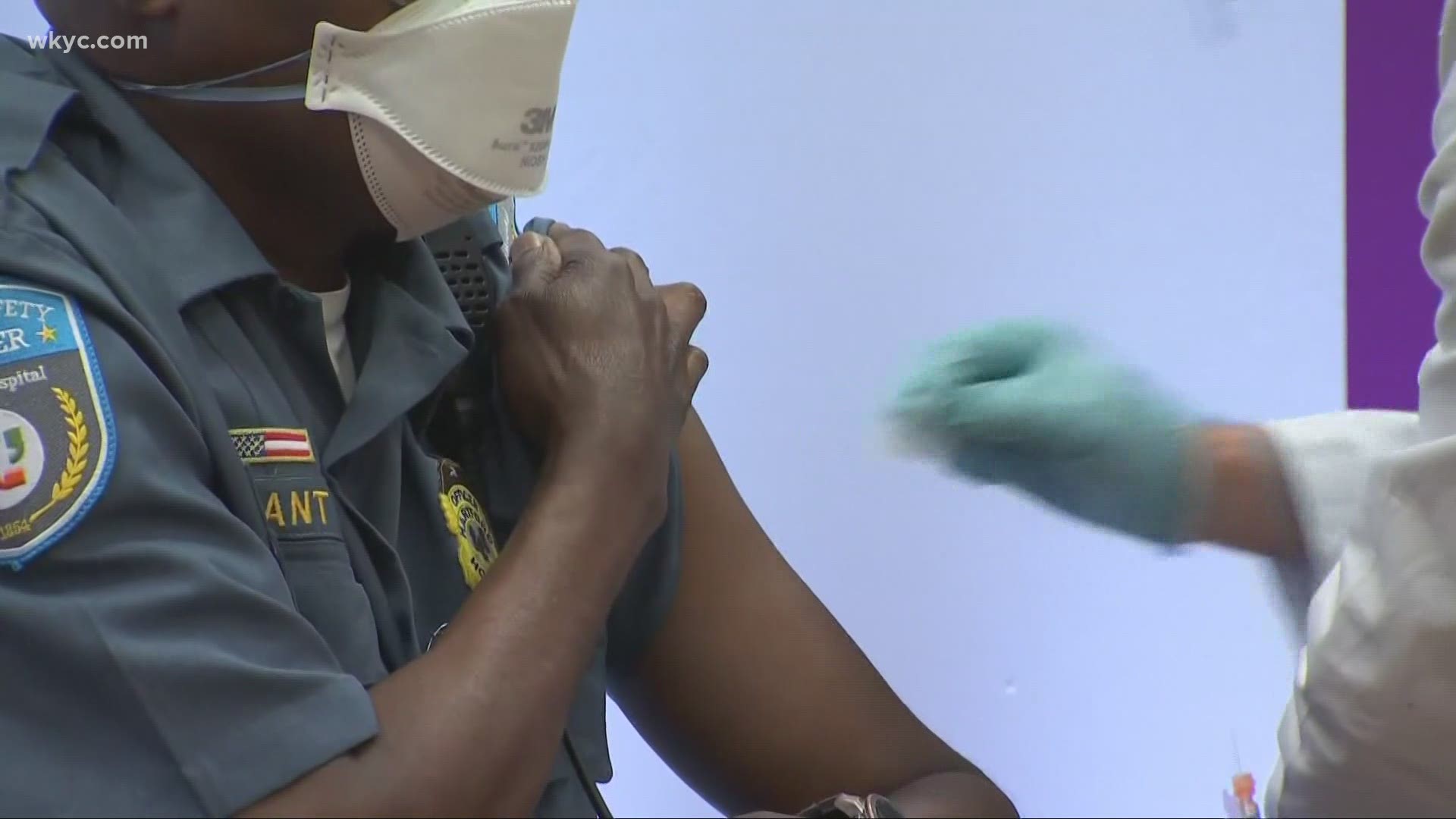 CLEVELAND — Two studies, one in Spain and one in Israel looked at how easily it is for those who have been vaccinated for COVID-19 to transmit the virus to those who are not vaccinated.

There's positive news from both.

"There have been some studies that are pointing into a very favorable direction," says Dr. Anthony Fauci, director of the National Institute for Allergy and Infectious Diseases. "What each (study) showed is something we had hoped we would see, that there was a direct correlation with the viral load and the efficiency of transmission."

The vaccine appears to lessen the viral load in the nose, which is where the virus would transmit from. It's important to remember these were small studies and need to be validated and repeated in larger formats, but is does provide some hope.

Dr. Fauci says Moderna is starting up similar studies to see if they can replicate the findings and Pfizer will be doing studies on its own as well. If it is proven that these vaccines can lessen viral load when a vaccinated person has a break through infection, that would be huge to help cut down the spread of the virus faster.

Also Pfizer is recruiting 4,000 pregnant women in the US and eight other countries who are 24 to 34 weeks into their pregancy. Some of the women will get the real shots, while others get a placebo. They won't know which kind they received until after giving birth. At that point, women who got the placebo will be offered the vaccine.

Researchers will monitor for any negative side effects in women, including miscarriage. There are some preliminary data on safety during pregnancy, because some initial trial volunteers became pregnant, and it did appear to be safe.