'It absolutely has not processed yet,' said Abbigail Bugenske who won $1 million in the first drawing. 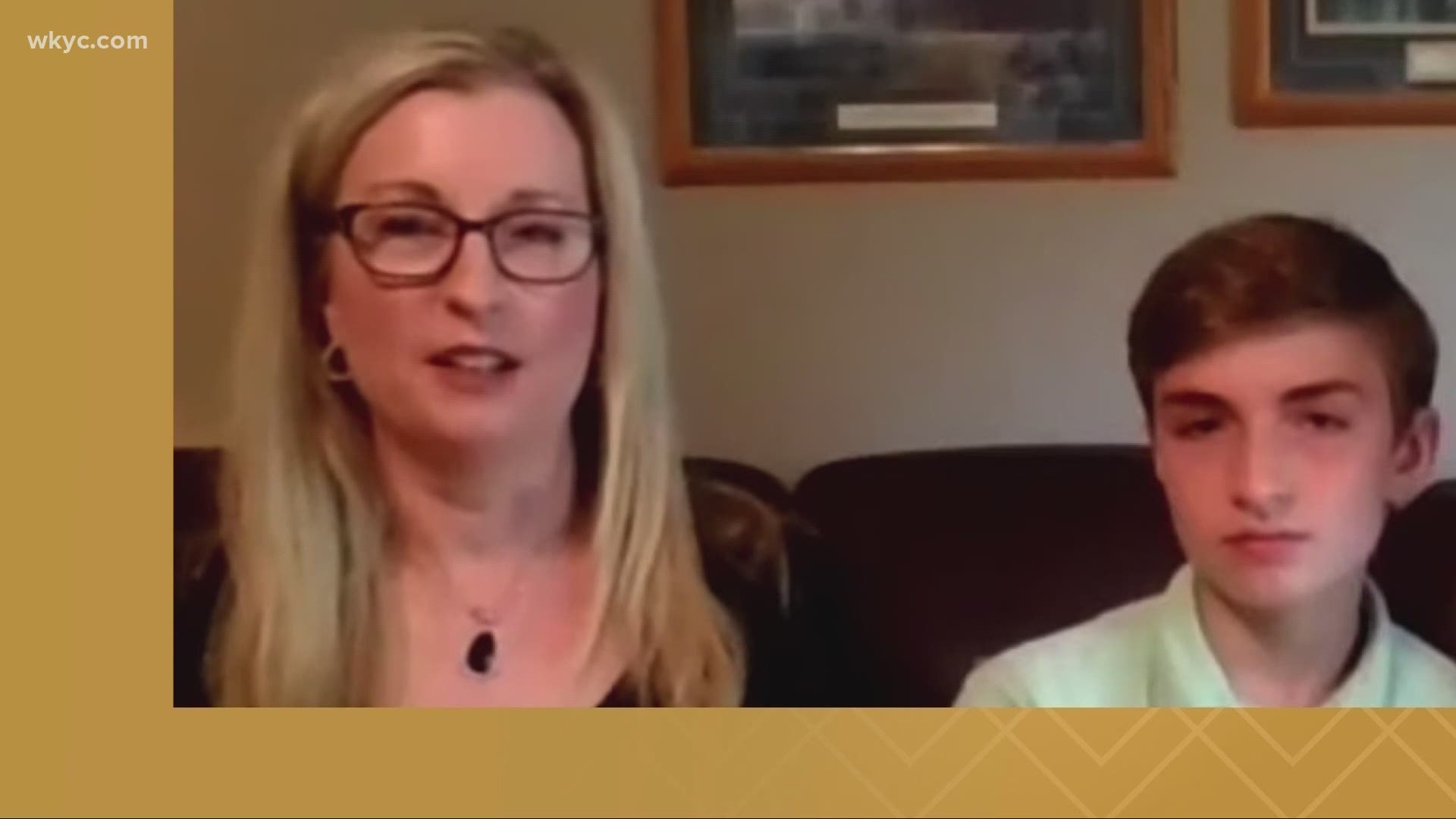 COLUMBUS, Ohio — “I was completely surprised when I got the call. I still can’t believe it. It was a crazy night.”

That was the reaction from 22-year-old Abbigail Bugenske of Silverton in Hamilton County after becoming the first person to win $1 million in Ohio's Vax-a-Million lottery. She was formally introduced Thursday morning during a press conference with Ohio Gov. Mike DeWine.

Bugenske, a Shaker Heights native, said she can sum up the entire experience with one word: Whirlwind.

"It absolutely has not processed yet," she said. "I’m still digesting it, and I like to say that it feels like this is happening to a different person. I cannot believe it."

She also explained how her parents reacted to the news.

“I was screaming enough that my parents thought that I was crying and that something was wrong. When I started yelling that I won a million dollars and that I was going to be a millionaire, they told me to calm down and make sure it wasn’t a prank before I really started freaking out.”

So what is her plan for the $1 million? She doesn't really have a plan yet.

“I haven’t thought a ton about it. I know I will be donating to some charities, but I don’t really know the specifics yet. Further than that, I have not really thought it through. I did come up to Cleveland from Cincinnati to look at used car. I think buying a used car is still in my future, so that’s about as far as I’ve gotten.”

Bugenske said she was vaccinated before the Vax-a-Million contest was even announced.

8th grader Joseph Costello, the first winner of the Vax-a-Million drawing for children ages 12-17, also appeared in Thursday's press conference with Gov. DeWine to talk about winning a full-ride college scholarship. Before the press conference, however, Joseph, of Englewood in Montgomery County, was featured during the 9 a.m. hour of NBC's Today on Thursday morning.

"I was very happy about it and surprised," he told Today. "Ecstatic."

Although he still has plenty of time to make his decision on which college to attend, Joseph told Today he's currently considering Miami University or Ohio State.

His mom said they were planning to get all of their children vaccinated, but the contest "accelerated their decision."

Joseph also had a visit from Gov. DeWine himself. He shared this picture on Twitter to congratulate the young winner:

Congrats, Joseph! You just won a full-ride college scholarship! If you’re between 12 and 17 years-old and had at least one dose of the vaccine, you could be next! Sign up at https://t.co/ZmJ8iKoSlV! pic.twitter.com/StHlWewhW5

Both winners were revealed in the first Vax-a-Million drawing Wednesday night. There will be four more winners in each contest each Wednesday now through June 23.