Texas educators also think districts should be able to end in-person learning without penalty until every teacher who wants a vaccine gets one. 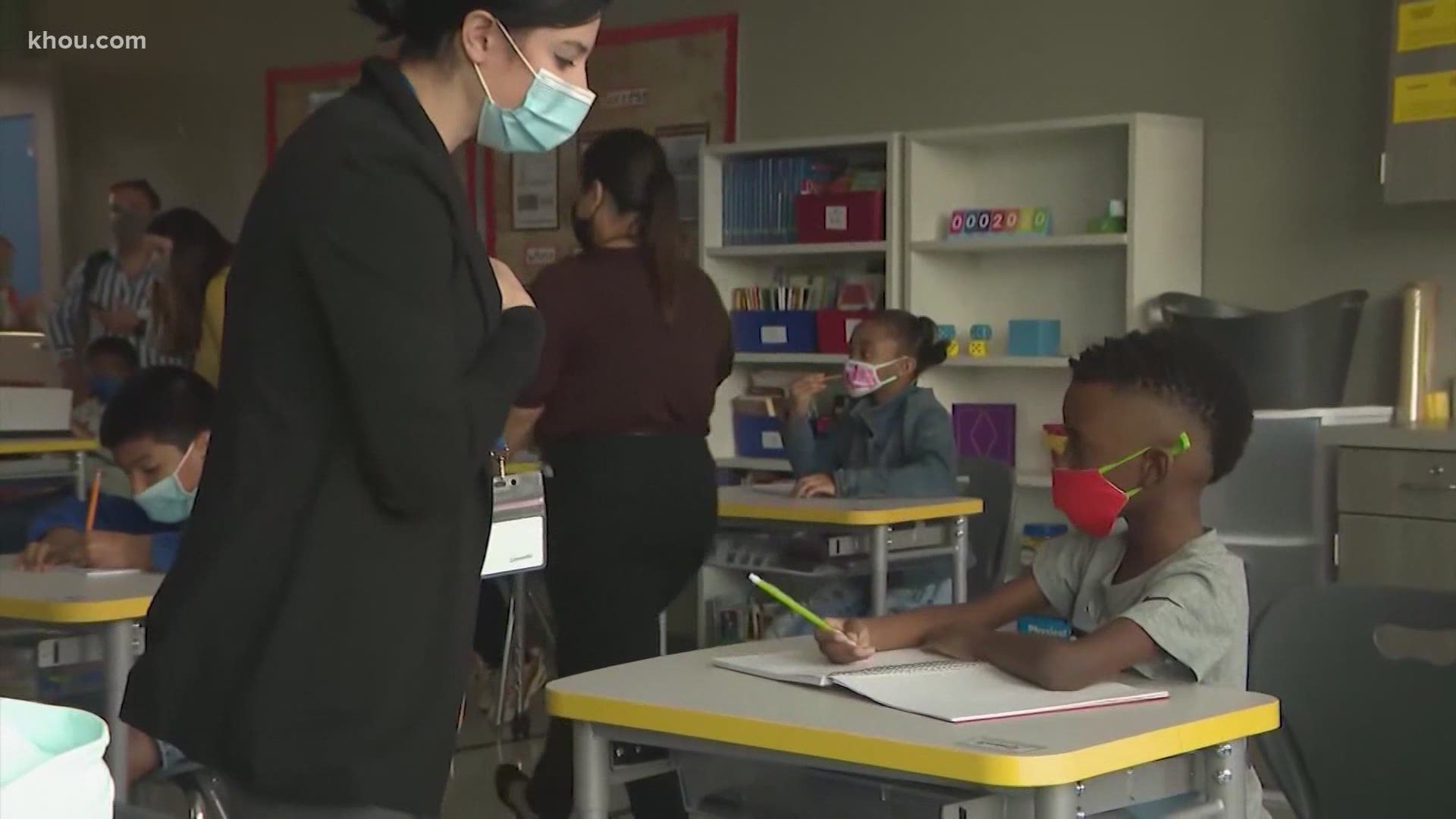 HOUSTON, Texas — Many teachers say healthcare workers in hospitals and other places should take priority when it comes to rolling up their sleeves for the COVID-19 vaccine.

But they feel school workers shouldn’t be too far behind.

"We hope that all school employees will be in the next priority group, whenever that might be,” said Texas State Teachers Association spokesman Clay Robison.

The CDC recommended that teachers be considered “essential frontline workers.”

“We hope that all school employees will be in the next priority group.” @txstateteachers believe educators need to be next to get the #CovidVaccine. What they’d like if they’re not moved up + more on who’s in line: @KHOU at 5:00 & 6:00 #khou11 pic.twitter.com/bPA84Hmk90

However, individual states have the power to prioritize vaccination recipients.

The TSTA and similar unions are disappointed educators in the Lone Star State have been left off the list.

"And not only teachers, but other school employees like bus drivers, cafeteria workers, custodians," said Robison.  "They all come in contact with the students.”  "We're at constant risk on campuses."

According to the Department of State Health Services, Phase 1A of the vaccination distribution, which began on December 14th, includes healthcare workers and those working and living in long-term care facilities.

Phase 1B, beginning as soon as January, includes folks 65 and older or those 16 and older with at least one chronic medical condition.

More than 113,000 Texans have received at least one dose so far.

RELATED: How many people in Texas have had the COVID-19 vaccine?

Those may include some teachers if they qualify beyond their occupation.

Teachers are particularly concerned about COVID rates spiking even more after the holiday break.

"Because many students and their families will be travelling or gathering,” said Robison.

That’s why the TSTA would like the state to allow districts to cease in-person learning based on local health conditions without being penalized financially until every educator who wants one gets a vaccine.

"Because, as you know, the pandemic is as bad as it ever has been in Texas and it’s going to take a while for the vaccines to have an effect,” said Robison.

The state says those most at risk of dying or being hospitalized deserve to have the first “shot” at getting vaccinated.

Here's a full statement from DSHS:

“The state’s Expert Vaccine Allocation Panel felt strongly about protecting those Texans at the highest risk of severe illness and death from COVID-19. Morbidity and mortality data clearly shows that people over 65 years of age and/or with one of the chronic illnesses listed in the Phase 1b guidelines, are in greater danger of dying or ending up in the hospital, ICU or on a ventilator if they do get sick with COVID-19. By focusing on people in those categories, the vaccine will protect the most vulnerable Texans across various population and work sectors, including education. These populations are as diverse as Texas, and as production of vaccine continues to ramp up, Texas will utilize the vaccine available in Phase 1b to vaccinate those most at risk of dying or being hospitalized.”