The Vermillion School Board voted 3-2 against implementing a district-wide mask mandate on Monday. 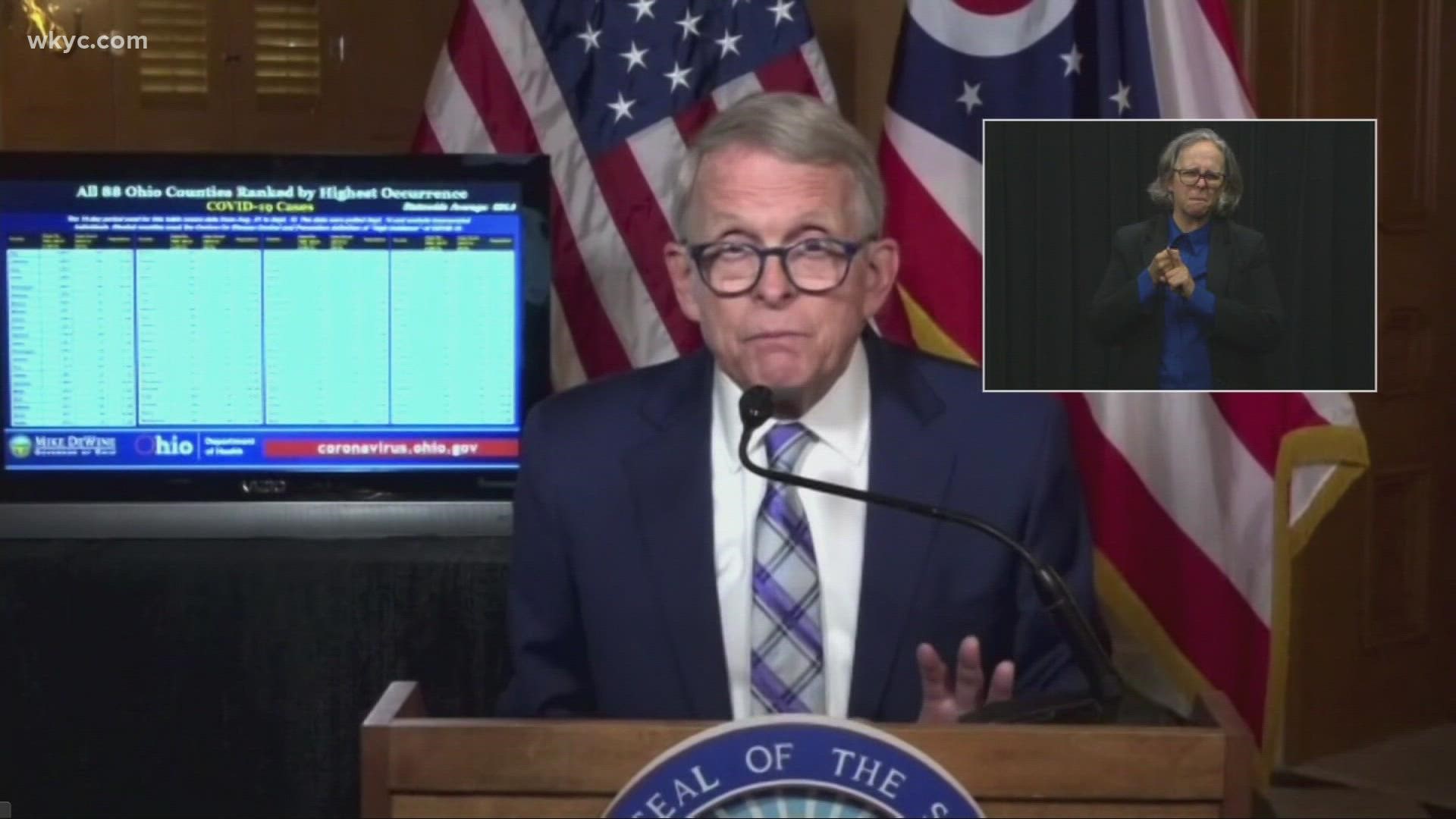 VERMILION, Ohio — Editor's note: the video in the player above is from a previous story

One day before the Ohio Children's Hospitals Association asked all of the state's superintendents to implement mask mandates for their schools amid rising coronavirus (COVID-19) numbers, one local school board voted against doing just that.

On Monday, the Vermillion School Board voted 3-2 against a resolution proposed by superintendent Phil Pempin that would mandate masks for all students in the district. At a previous school board meeting on Sept. 1, several parents vocally protested the measure with that matter being tabled until Monday.

According to its website, the school district has had 31 total COVID-19 cases since Aug. 27, including 22 students and nine staff members.

On Tuesday, Ohio Governor Mike DeWine announced that the OCHA was asking all state superintendents to implement mask mandates in their districts -- a request he said he supported. DeWine also said that while he would be in favor of a statewide mask mandate, he won't implement one as the Republican supermajority in the Ohio General Assembly has already indicated it would overturn such a measure.

"If I could put on a statewide mandate, if the health department could do it, we would do it," DeWine said. "What the legislature has made very clear is that if we put on a statewide mandate, they will take it off. They have the ability to do that. There is no 30-day waiting period, they can do it right away and the legislature has made it very clear that if we put in a mandate for kids in schools to wear masks, they will take it off.

"If that happens, we would cause, it seems to me, a lot of confusion and we might go backward. We're slightly over 50 percent of kids in schools in the state of Ohio under a mask order by the school and we've made some progress. We've come a long way from the day that school started. We need to go further. I believe that we will go further."