Who else is at risk after President Trump tested positive for COVID-19?

Understanding how the incubation period for the virus works & who's at risk from the debate in Cleveland. 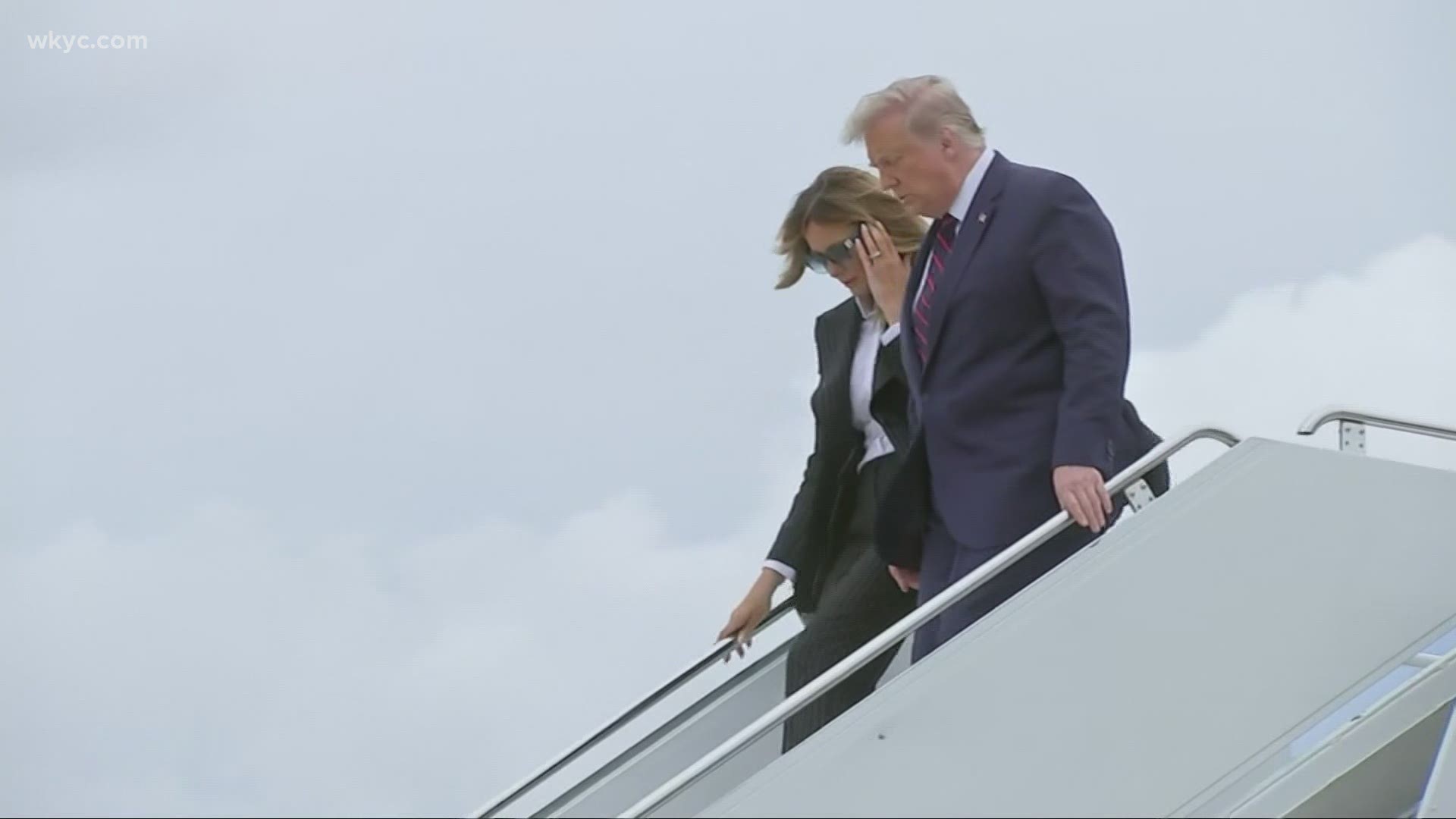 CLEVELAND — President Donald Trump has tested positive for COVID-19, but how long could he have been contagious, and who else could have been infected?

"On one hand, when I woke up this morning I was shocked," Dr. Amy Edwards, infectious disease specialist at University Hospitals, told 3News. "I can’t believe that the President of the United States has COVID.

"But on the other hand, I was like, 'Oh yeah, well, I’m not shocked,' because they’re not taking as strict precautions as they could take. They’re not social distancing in the White House, they’re not wearing masks."

Edwards has been preaching the importance of masks for months, so when she saw a lack of them at Tuesday night’s debate in Cleveland, she was concerned.

"I was very, very frustrated looking at all of those people not wearing masks," she said. "I really wanted to drive my car down town and go marching into the building and lecture them all about wearing their masks."

There’s no way of knowing when exactly the president contracted the virus, according to Edwards. She says it’s also uncertain whether he or someone else in his camp was contagious while at the debate.

"Generally speaking, for most people, they’re positive for about the 24-48 hours prior to their symptoms starting," she explained. "That’s why we tell people to wear masks, because you do not know when you could be contagious."

It’s still unclear how many high-ranking people this has reached. Edwards says despite former Vice President Joe Biden and current Vice President Mike Pence testing negative, that doesn’t mean they’re in the clear. That’s because the incubation period for the virus takes some time, so they’ll have to be retested next week.

"The incubation period can be anywhere from four to eight days," she said, "so I just think they need to be careful, very, very careful."

Edwards says those that have been near Trump or close members of his staff should self-quarantine for 10 days to be safe. As far as the condition of the president, she says we’ll have to wait and see.

"It’s not clear at this point," she said. "He only just started having symptoms early today, and it can often take five days, seven days before a patient starts to develop more severe symptoms, so we've still got many days of waiting ahead of us."