Would Ohio Gov. Mike DeWine issue another stay-at-home order if coronavirus numbers don't come down? Here's what he said

Gov. DeWine was asked if he would reinstate stay-at-home orders if COVID-19 infections don't come down in the seven 'level 3' alert counties. 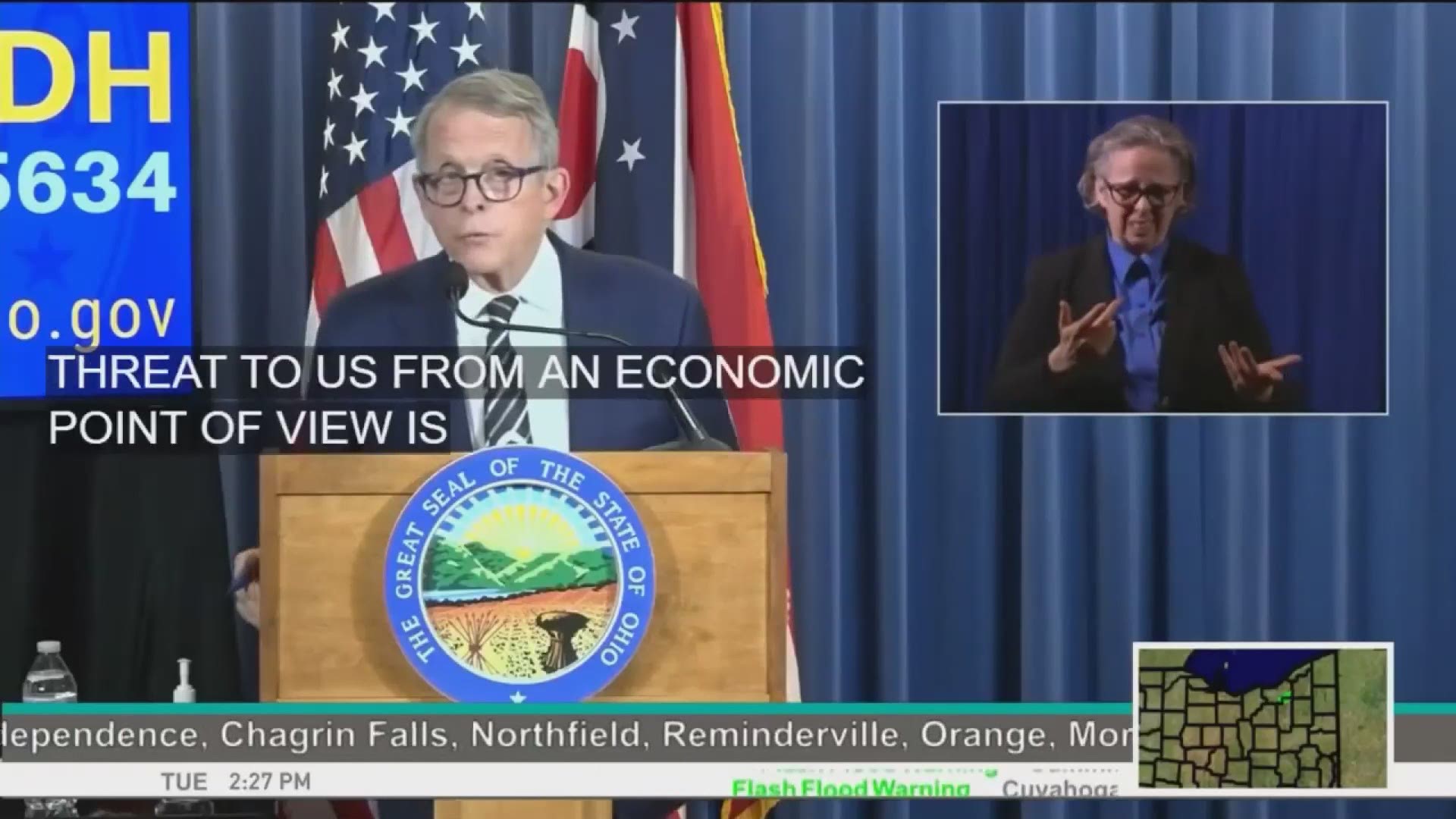 COLUMBUS, Ohio — As the number of COVID-19 infections continues showing daily increases above the 21-day average, is there any possibility that Ohio Gov. Mike DeWine would consider reinstating stay-at-home orders?

He was asked that exact question concerning the seven counties currently under a "level 3" alert. Here was his response (you can watch his full statement in the video player above).

“I had an interesting conversation with some folks who own restaurants and bars," DeWine said during his Tuesday press conference. "One person on the call said it pretty eloquently and that is if people are scared they’re not going to come out and eat anyway. I think the biggest threat to us from an economic point of view is this virus continuing to go up. That is going to make it very difficult for us to move forward economically. These two are tied very, very closely together."

That response came after Gov. DeWine announced a mask order for the seven "level 3" counties, which includes Butler, Cuyahoga, Franklin, Hamilton, Huron, Montgomery and Trumbull. The mask order takes effect at 6 p.m. July 8 and continues until that county drops to a "level 2." You can read what constitutes a "level 3" alert HERE.

“We thought that this was a surgical, precise approach to go in those counties where they’re red hot, frankly, where we have real problems going on and impose wearing a mask, wearing it in public, wearing it for other people," DeWine continued. "We hope that it’s going to have a big impact. In the other counties that are yellow or orange, we would just urge people to do that as well. We’re not going to order it, but we want them to do it."

He said timing is key to curbing the spread of coronavirus.

“One of the things we have learned is the earlier that we do things, the more impact that we have. There’s a real opportunity in these other counties to avoid getting to the red level, all the things that go with that and the danger that goes with it. When you get to the red level things are moving pretty fast. So if we can go in and people wear a mask, people keep their distance in the other counties, we’re upping the testing, what we hope is that other counties don’t move into the red and we hope that the red are able to, at some point, drop back down to a different level. We’ll cross these other bridges when we come to them, but I think that’s the most appropriate action for us to take at this time. We are seeing a serious situation. We have to take action.”

You can watch DeWine's full press conference from Tuesday, July 7, in the player below: