'Everybody thought that I was the one who was part of the mix-up.' University Hospitals patient shocked by kidney error days before own transplant

Gilbert Ortiz spoke with 3News' Laura Caso after he underwent a kidney transplant at University Hospitals just five days after the hospital’s mistake. 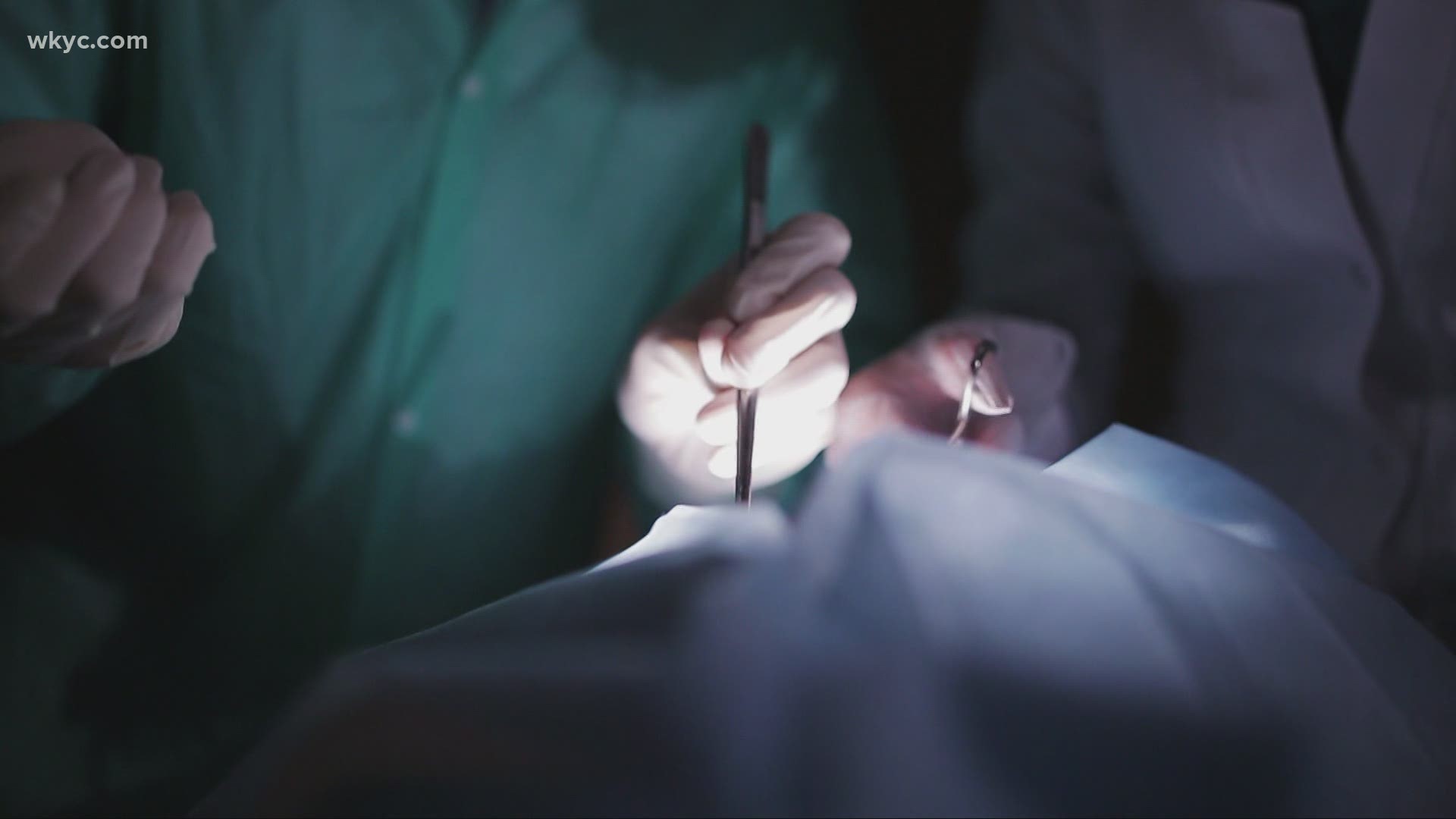 CLEVELAND — A kidney mix-up at University Hospitals is still under investigation nearly two weeks after the error. University Hospitals confirmed to 3News on Monday that a mistake took place on July 2nd, resulting in a patient receiving a kidney that was intended for someone else.

"We are dismayed that an error recently occurred resulting in one patient receiving a kidney intended for another. The kidney is compatible and the patient is recovering as expected. Another patient’s transplant surgery has been delayed," UH spokesperson George Stamatis wrote in a statement.

Meanwhile, Gilbert Ortiz is talking with 3News after he underwent a kidney transplant at University Hospitals just five days after the hospital’s error.

Ortiz say he waited five years for the kidney.

“I was on 100 percent kidney failure. Without a kidney, my life expectancy...my time was running out,” said Ortiz. “It went good, I'm doing good. The kidney came from a young person, it was a good [and] healthy kidney.”

However, Ortiz says he was shocked to hear that there was a kidney mix-up just days before his major surgery at the same hospital.

“Everyone was calling me afterwards and saying was that you? Was that you? And no it wasn't," he added.

On Wednesday, UH released another statement: "University Hospitals is unable to comment further about details of the transplant event while investigations by outside agencies and our own internal quality and compliance experts continue. We assure our patients, caregivers and the community we serve of our commitment to accountability and to the highest standards of medical care. UH will take the actions necessary to prevent such a mistake from ever happening again. In respect for patient privacy, we are also prohibited from providing information about the care they received."

According to Heather Mekesa, COO of LifeBanc, organ procurement organizations and transplant centers are both mandated to follow a multi-step chain of custody verification process to ensure the correct organ is being delivered and transferred to the intended recipient. Ortiz said the entire process at University Hospitals was strict, from his diet before surgery, to constant checks at the hospital.

“You got to state your name and your birthday. Even with your food trays, you have to give your name and birthday and you have to scan your band at the same time. So yeah, it was kind of weird to see a mix-up like that,” said Ortiz.

Ortiz says he received excellent care and he's ready for his next chapter.

Editor's Note: The below video features previous reporting on this story