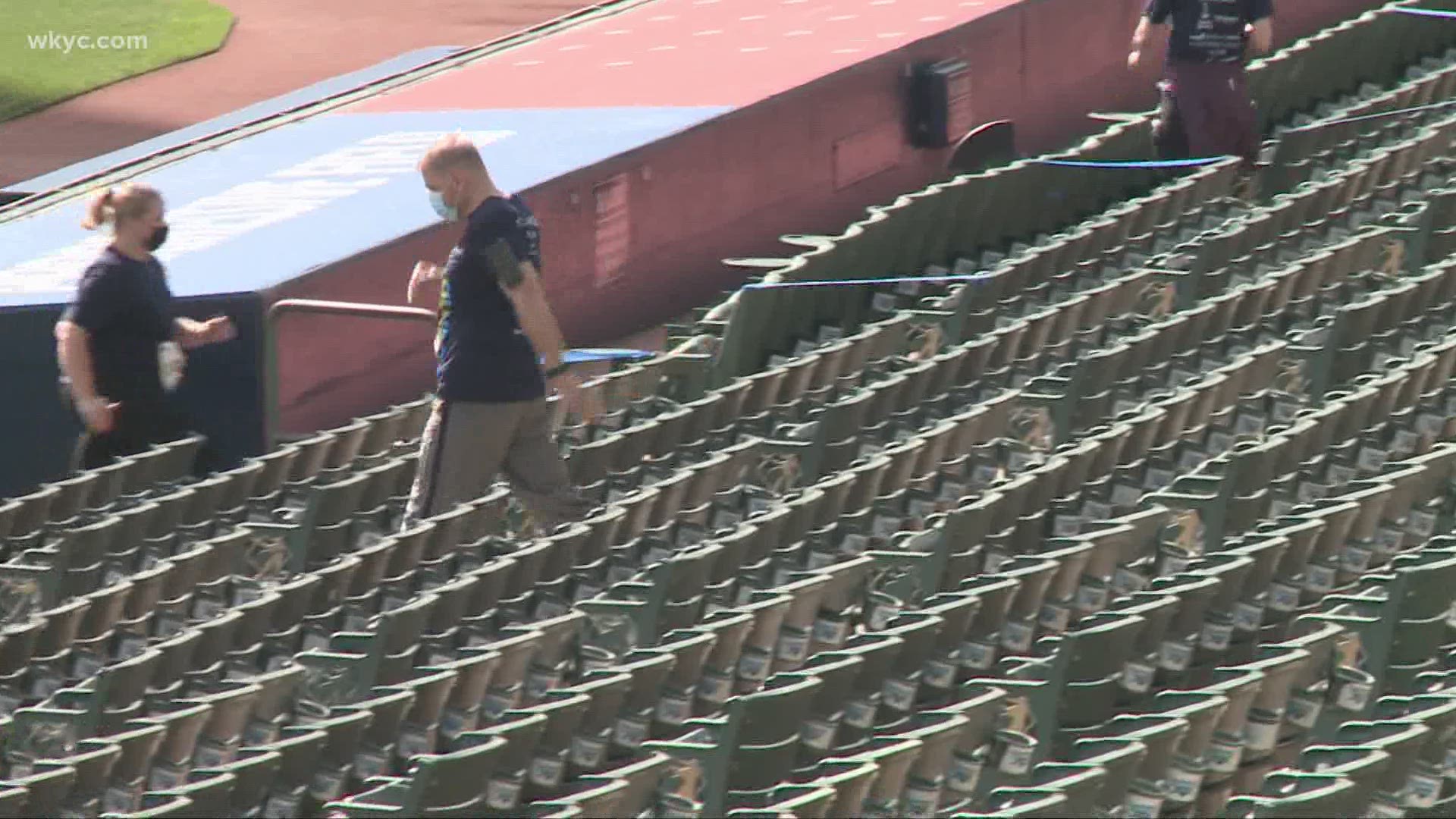 CLEVELAND — For the first time ever, the Fight for Air Climb to raise money to end lung cancer and COVID-19, was held outdoors at Progressive Field on Sunday.

Ryan Smarsh is a team captain. In 2013, he lost a dear friend, Susan Cicerchi, and his friend lost a mother, Eloise Mason, after both battled lung cancer. Smarsh and his group of friends will climb in the annual American Lung Association's outdoor Fight For Air Climb.

“Team Sexy Sue & Eloise’s Stairclimber’s started in 2014,” said Smarsh. “My good friend Sue lost her fight to lung cancer at the age of 28 in 2013, that same year former co-captain Chris lost his mother to lung cancer.”

The introduction of a #COVID19 vaccine gives us hope and is just the start of a chain reaction to return to what we love. Learn more at https://t.co/3NBbvJZx5e. pic.twitter.com/SGLwkGRd27

This year the team looks to honor their memories and help others in their fight against lung disease, and they set a fundraising goal of $2,000.

“Our mission is to honor those who are battling some lung ailment,” said Smarsh. “We’re passionate about creating more funds to go towards research to help those impacted by lung disease.”

Smarsh will be climbing at his third different venue in Cleveland in May. He says he's focused on motivating his friends, family and teammates to get moving.

“My philosophy for the team has never been focused on finish times but rather just letting team members get some exercise by climbing all the stairs, raise funds for the Lung Association and remember those who can’t do this event,” Smarsh said.

The American Lung Association is inviting individuals, families, groups of friends, corporate teams and first responders to the 2021 Fight For Air Climb at Progressive Field. The organization is also offering a “Climb Your Way” option for those who can’t make it to the physical event.

Masks will be required at the event and social distancing will be practiced. The American Lung Association says the safety of participants, staff and volunteers is always its number one priority, so it will continue to monitor local conditions that might affect the Climb.

Registration for the Fight For Air Climb is $35 and includes a $100 fundraising minimum. For more information, and to register, visit FightForAirClimb.org/Cleveland.

EDITOR'S NOTE: The video in the player below originally aired on Oct. 9, 2019.