Connie Culp, recipient of the first US face transplant at the Cleveland Clinic, dies at 57 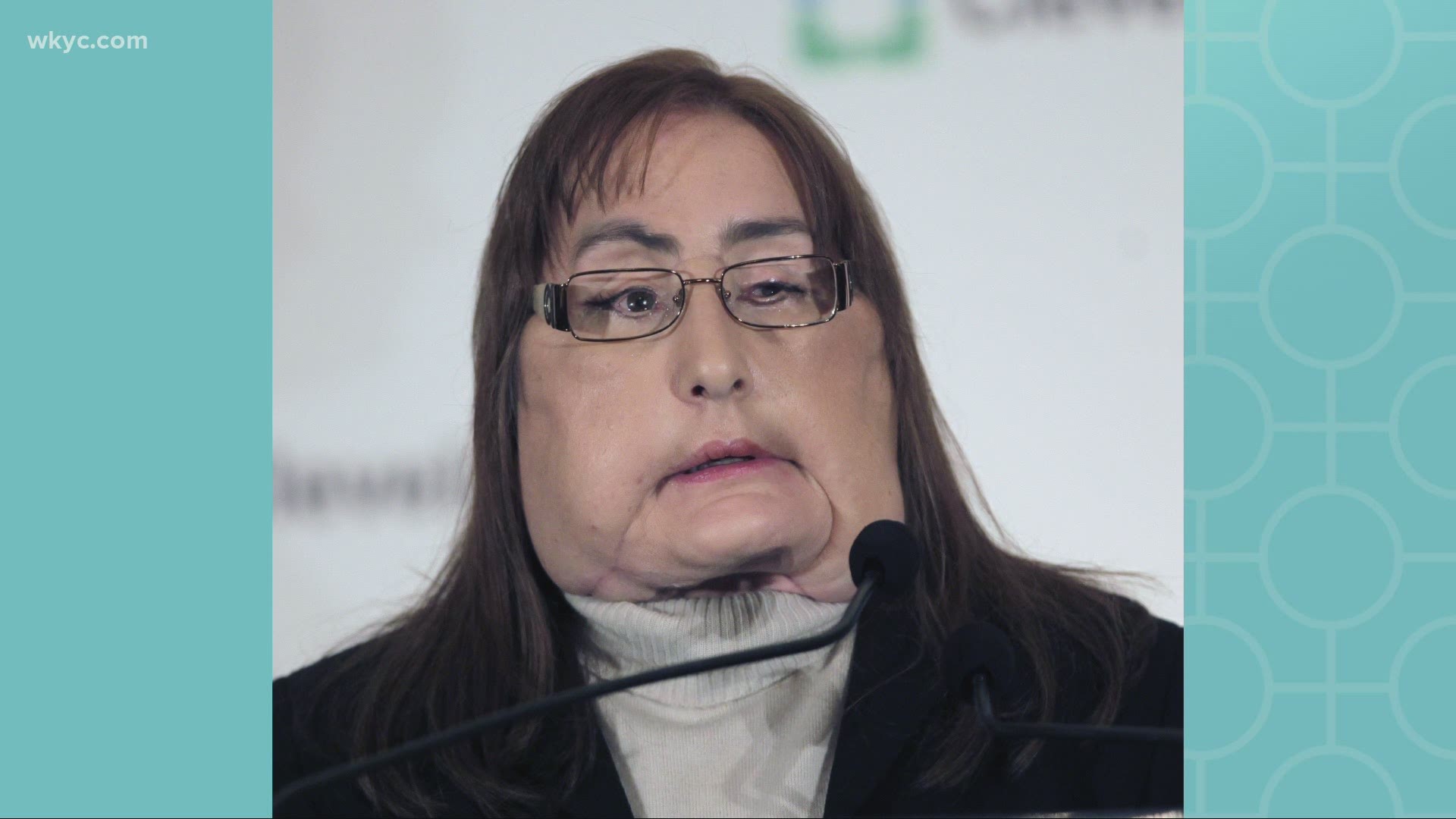 CLEVELAND — In December 2008, her story made history, generating headlines across the nation. Connie Culp became the first person in the United States to receive a face transplant, right here in Northeast Ohio at the Cleveland Clinic.

Sadly, the Cleveland Clinic confirmed Culp's passing Thursday evening, resulting from an infection unrelated to her procedure. She was 57 years old.

Connie's face was injured in a shotgun blast, at the hands of her then husband, Thomas Culp, in September 2004. It was a failed murder-suicide attempt that sent Thomas to jail for seven years and left Connie to literally pick up the pieces.

Prior to her transplant surgery, Culp had already undergone nearly 30 other corrective surgeries, NBC News reports. The transplant surgery,the-first-of-its-kind, spanned the course of two days, requiring 22 hours of operating time.

“Connie was an incredibly brave, vibrant woman and an inspiration to many. Her strength was evident in the fact that she had been the longest-living face transplant patient to date," said Frank Papay, M.D., chair of Cleveland Clinic’s Dermatology and Plastic Surgery Institute in a statement to 3News. "She was a great pioneer and her decision to undergo a sometimes-daunting procedure is an enduring gift for all of humanity," continued Papay.

According to the statement, Papay was part of Connie’s surgical team and has led her care since she first came to Cleveland Clinic more 12 years ago.

Her cause of death has not yet been released. Stay with 3News for updates as they become available.