It may be early, but the CDC says it's time to get your flu shot

A 2018 study found 8 percent of the U.S. population gets the flu every year. 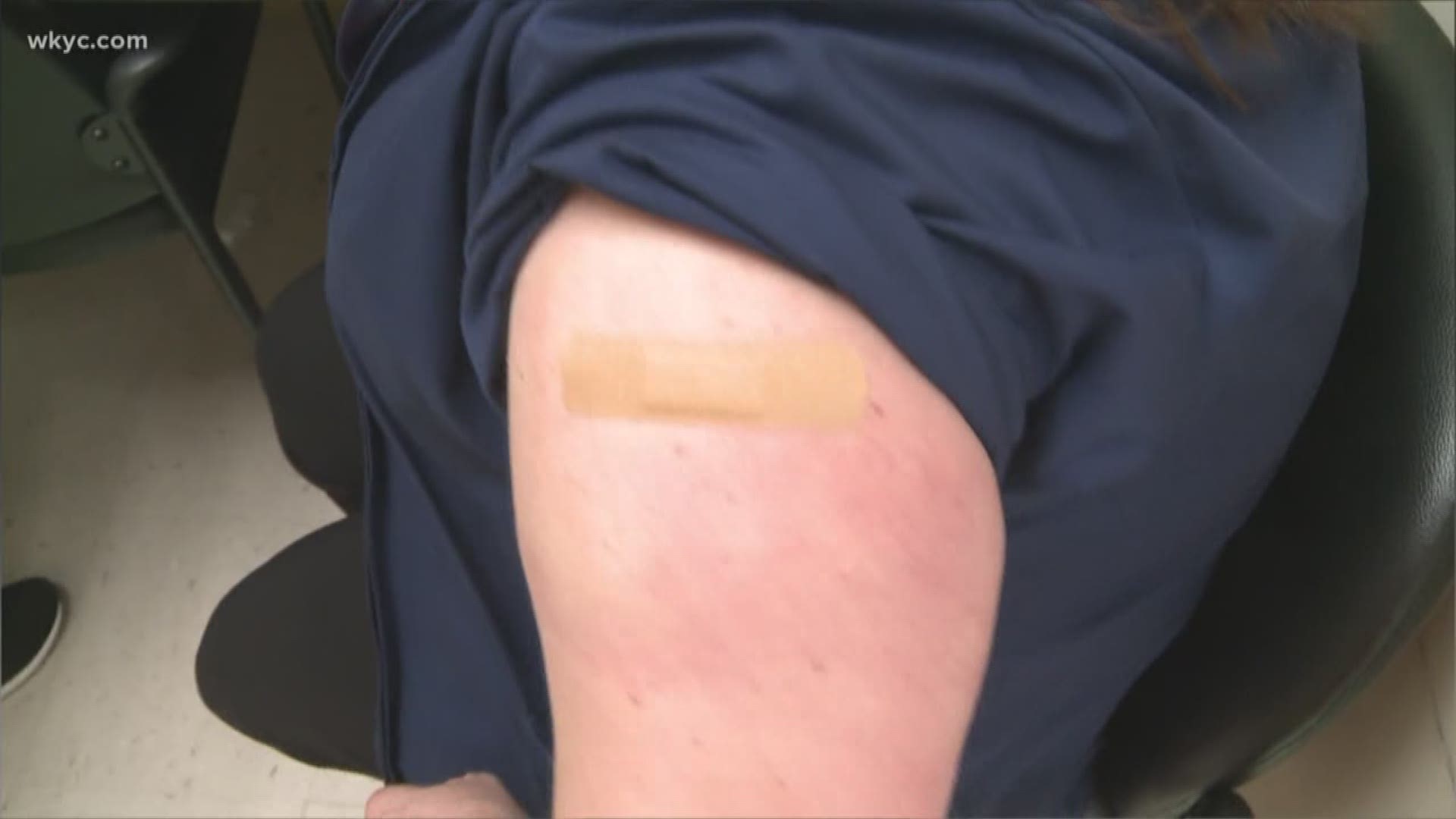 CLEVELAND — Summer is winding down and schools are back in session, which means flu season is just around the corner.

But when should you get a flu shot? The Centers for Disease Control and Prevention says the time is now.

But why get the shot so early?

According the the CDC, it takes at least two weeks for the antibodies that protect us from the flu to develop in our body. Officials say if we get the shot now, our bodies will be prepared when flu season actually starts.

Everyone is susceptible to getting the flu, but some are more prone than others. In a 2018 study of U.S. flu cases from 2010 to 2016, the CDC found that 8 percent of the U.S. population gets the flu each season.

The study also found that babies and young children up to the age of 4, and adults between the ages of 50 and 64, are the most likely to contract the flu.

In addition, children under the age of 18 are twice as likely to develop symptoms than adults ages 65 and older.

Flu activity peaks between December and February, but can last as late as May. If you miss the recommended window to get the flu shot, the CDC says to still get the shot. Health officials say it can still be beneficial -- even if it's administered as late as January.

RELATED: Too early for the flu shot? The CDC says it's not