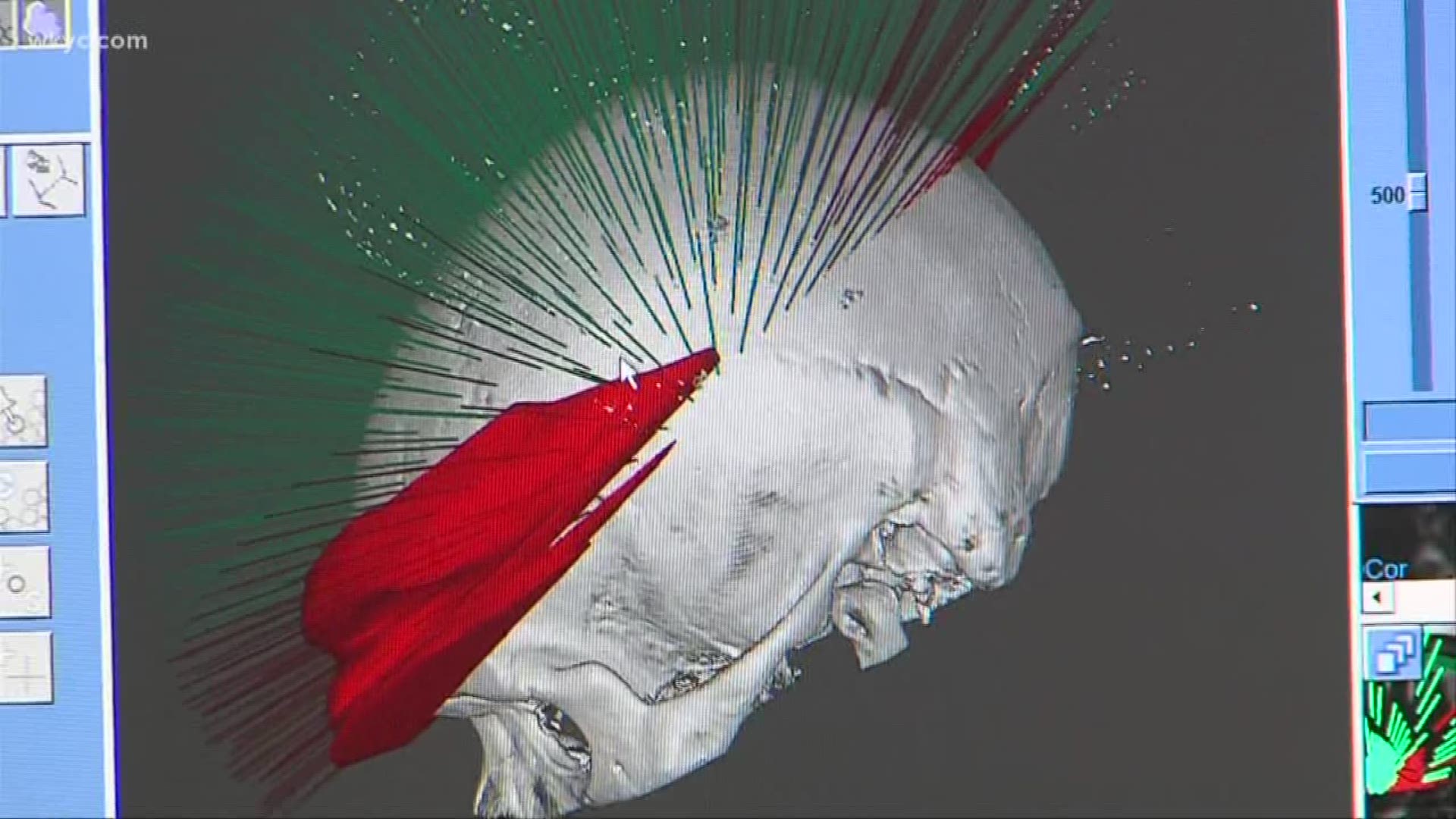 CLEVELAND — For years doctors have been able to use deep brain stimulation or DBS to still the tremors of many patients with Parkinson's disease and a condition known as essential tremor. But for those who weren't candidates for that, there's a new, non-invasive option.

Many people have experienced shaky hands, especially at times of high stress or anxiety. But for ten million Americans, involuntary shaking — or essential tremor — is a constant problem. Sometimes it's connected to a disease like Parkinson's other times, there may be no known cause.. but for those who don't respond to medication and aren't candidates for deep brain stimulation, there's now an alternative without surgery at Cleveland Clinic.

On December 18th he became Cleveland Clinic's first patient to use an innovative therapy that combines Magnetic Resonance Imaging or MRI with ultrasound.

“Focused ultrasound enables us to target a very specific area of the brain and incrementally heat up that area until we see the desired effect,” says Cleveland Clinic Dr. Sean Nagel.

The MRI helps guide the ultrasound to the exact point of his brain causing the tremor. After a few sessions of targeted ultrasound, the tremor ceased.

“It's really quite amazing because there's no incision whatsoever,” Bill says.

“That's one of the main advantages is that there's immediate feedback in real time so we can see how the patient's responding and if we see any adverse effect we can stop,” Dr. Nagel says.

On Christmas Eve, Bill’s Birthday, he was able to hold his newborn tenth grandchild for the first time without fear. There are some side effects including a dull headache and some balance issues, but Bill says they're fading. And simple tasks like pouring himself a drink is something he'll never take for granted.

“I just hope it can help somebody else, I really do,” Bill said.

Focused ultrasound is noninvasive, although Bill's head had to be shaved. It may eventually become an outpatient procedure. There's no exposure to radiation and it's immediately effective. At this point the FDA approval is only for one side of your brain, so if you have tremors in both hands they will target your dominate side first.