'I am grateful for all of you': 3News' Monica Robins announces she will again undergo surgery to remove brain tumor

'The one in my eye socket decided to spread, and it grew into my sinus and again it's in my bone, so I have to go back into surgery.' 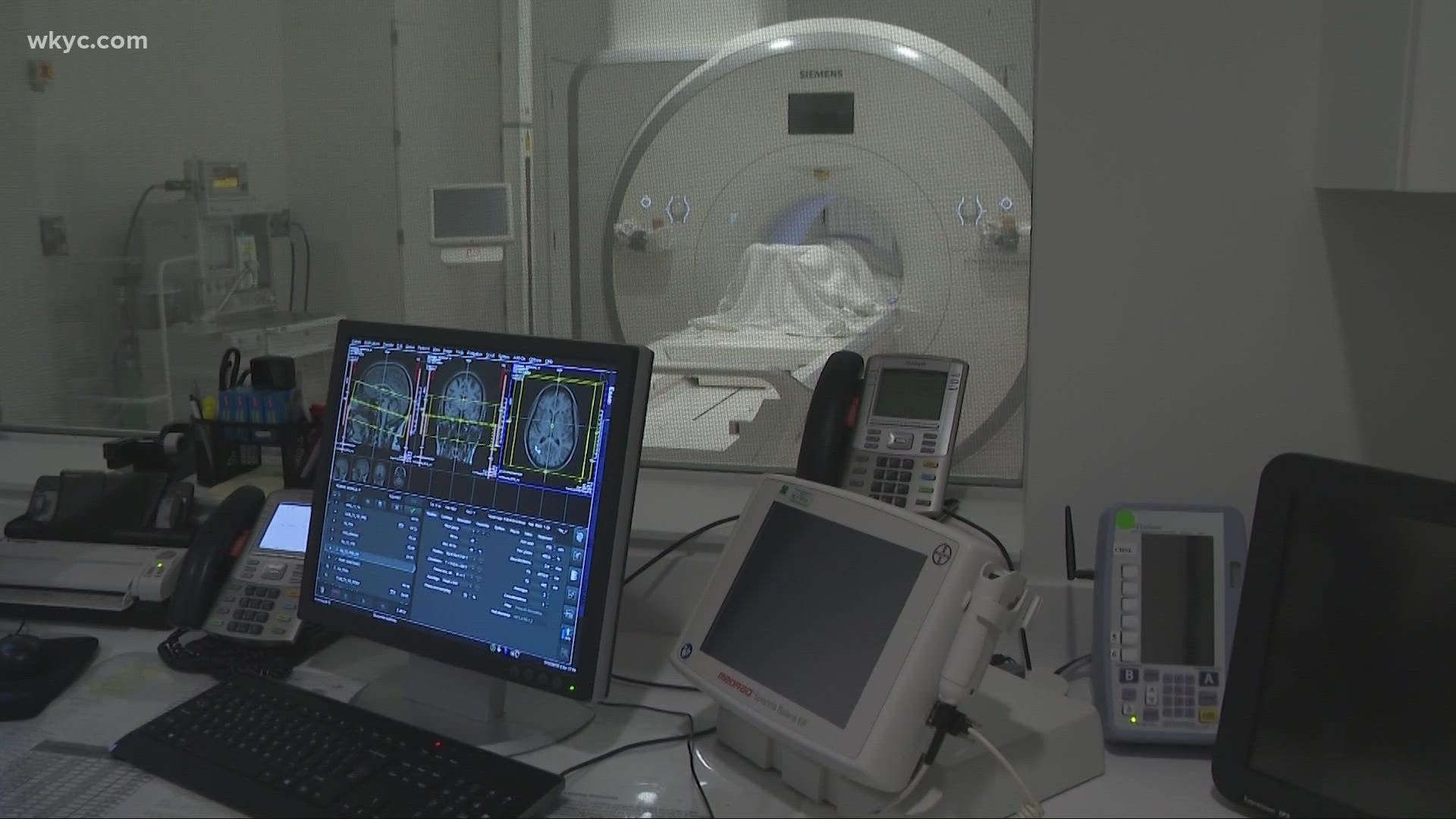 CLEVELAND — On a special edition of her "Health Yeah!" podcast, our friend Monica Robins wanted to share an update with you regarding her own health.

You may remember Monica was diagnosed with a brain tumor two years ago, later having surgery to remove most of it. Doctors were forced to leave some of it in due to concerns over Monica's safety.

"They had to leave behind four tumors," Monica explained. "Every six months, I'd have an MRI to make sure these things weren't growing. I knew the whole time there was a risk of that happening.

"As luck would have it, the one in my eye socket decided to spread, and it grew into my sinus and again it's in my bone, so I have to go back into surgery."

Monica was diagnosed in 2019 with what's known as a sphenoid wing orbital meningioma, "a mouthful of a name." Meningiomas are the most common brain tumors, with about 32,000 Americans diagnosed each year.

The tumor actually comes from the meninges, or three thin layers of tissue covering the brain and spinal cord. They can pop up anywhere in the brain and are usually slow growing and often benign, but depending where they're located, even benign tumors can be deadly.

"Mine is threatening my life and vision," Monica said.

Monica's surgeon performed what's known as a craniotomy and removed as much tumor as he could. A large portion was also in her skull, so a significant amount of bone had to be removed, and she now has three titanium plates on the left side of her head and still sports the 10-inch scar from her forehead to behind her left ear.

"Four residual tumors had to be left behind because removing them could potentially killed me or make me blind," Monica explained. "I still have tumors in my carotid artery, optic nerve, the back of my left eye and in my left eye socket. That's the problem tumor."

The tumor spread into Monica's cavernous sinus, likely through the bone. That area also contains the carotid artery and the nerves that control eye movement.

"I thought I was going to have to have another craniotomy to remove it, but fortunately for me, I live in Northeast Ohio," she said. "Back in May, the Cleveland Clinic began doing a new type of minimally invasive procedure for my type of tumor. It's called Transorbital Neuroendoscopic Surgery, or the TONES procedure.

Surgeons will access the tumor through Monica's left eye by cutting along the crease in her eyelid. From there, they will drill out the problem tumor and, if necessary, use bone and cartilage from her rib to rebuild the parts of her skull that may have to be removed.

Surgery will happen in mid-December and I'll need about three months to recover.  A few weeks after surgery they'll reassess the area and if necessary do additional surgery.  The issue is we really don't know what we're dealing with until the surgeons get in and see what I'm dealing with.  A few months after surgery, it's likely that I may need radiation, but a lot will depend on what they find during surgery

Monica's surgery is set for mid-December and she'll need about three months to recover before doctors reassess and decide of more surgery is needed. She also may have to undergo radiation, but it's too soon to tell if that will be necessary.

"The issue is we really don't know what we're dealing with until the surgeons get in and see what I'm dealing with," she noted.

Until the, Monica will continue her indispensable work with 3News. She has been extremely strong and courageous during this two-year ordeal, and sincerely appreciates your kindness and well wishes throughout.

"Northeast Ohio got me through the first one," she wrote on Facebook. "I am grateful for all of you and deeply appreciate the healing energy you all sent my way. I'll bring you along on this journey too."

Please continue to keep Monica in your thoughts and prayers during this time, and share your well wishes on social media using the hashtag #MonicaRocks. 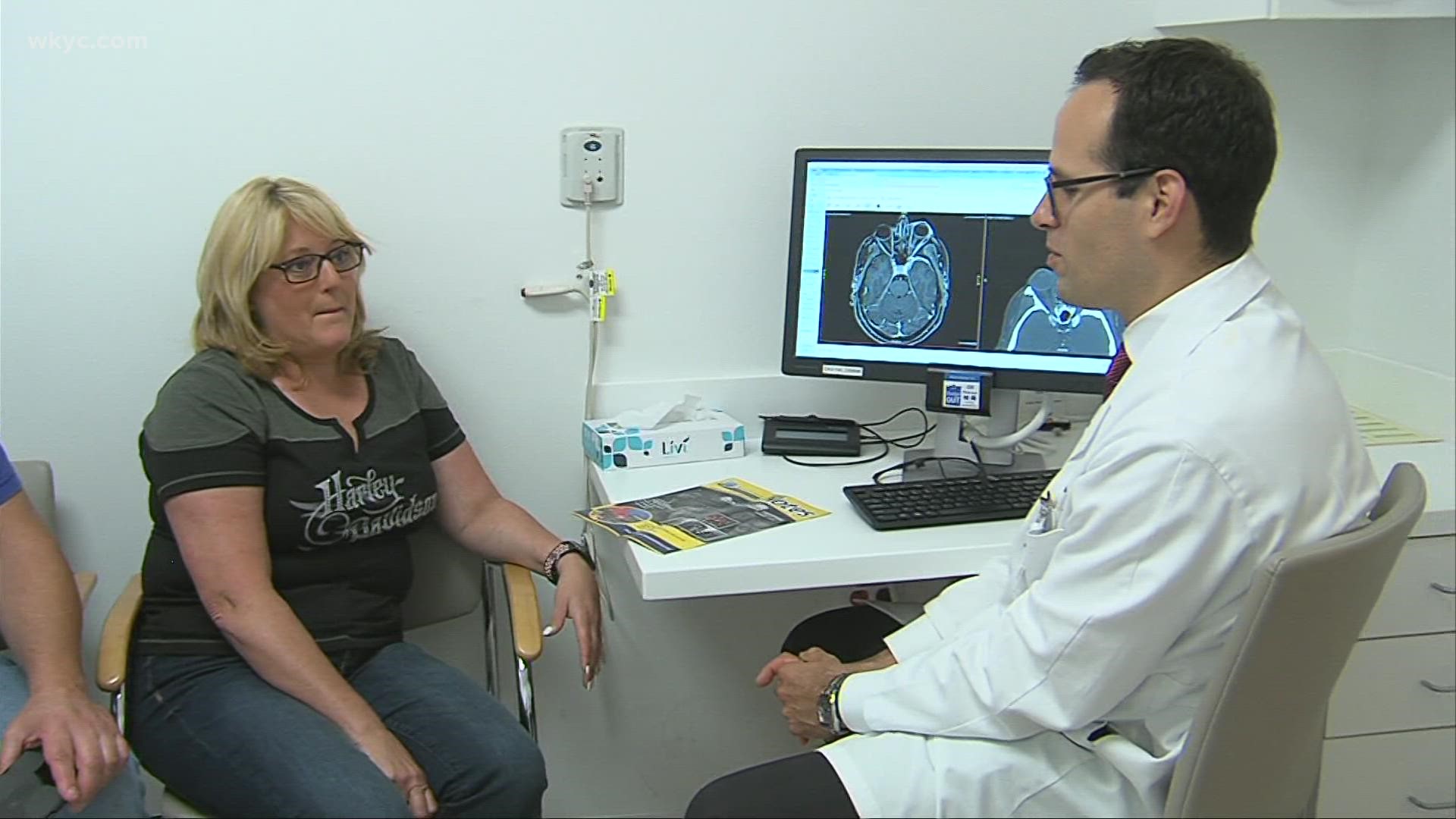 'I am grateful for all of you': 3News' Monica Robins announces she will again undergo surgery to remove brain tumor