Dealing with a surprise medical drama can cause mental stress for anyone. Did you know it can be a symptom of your condition? 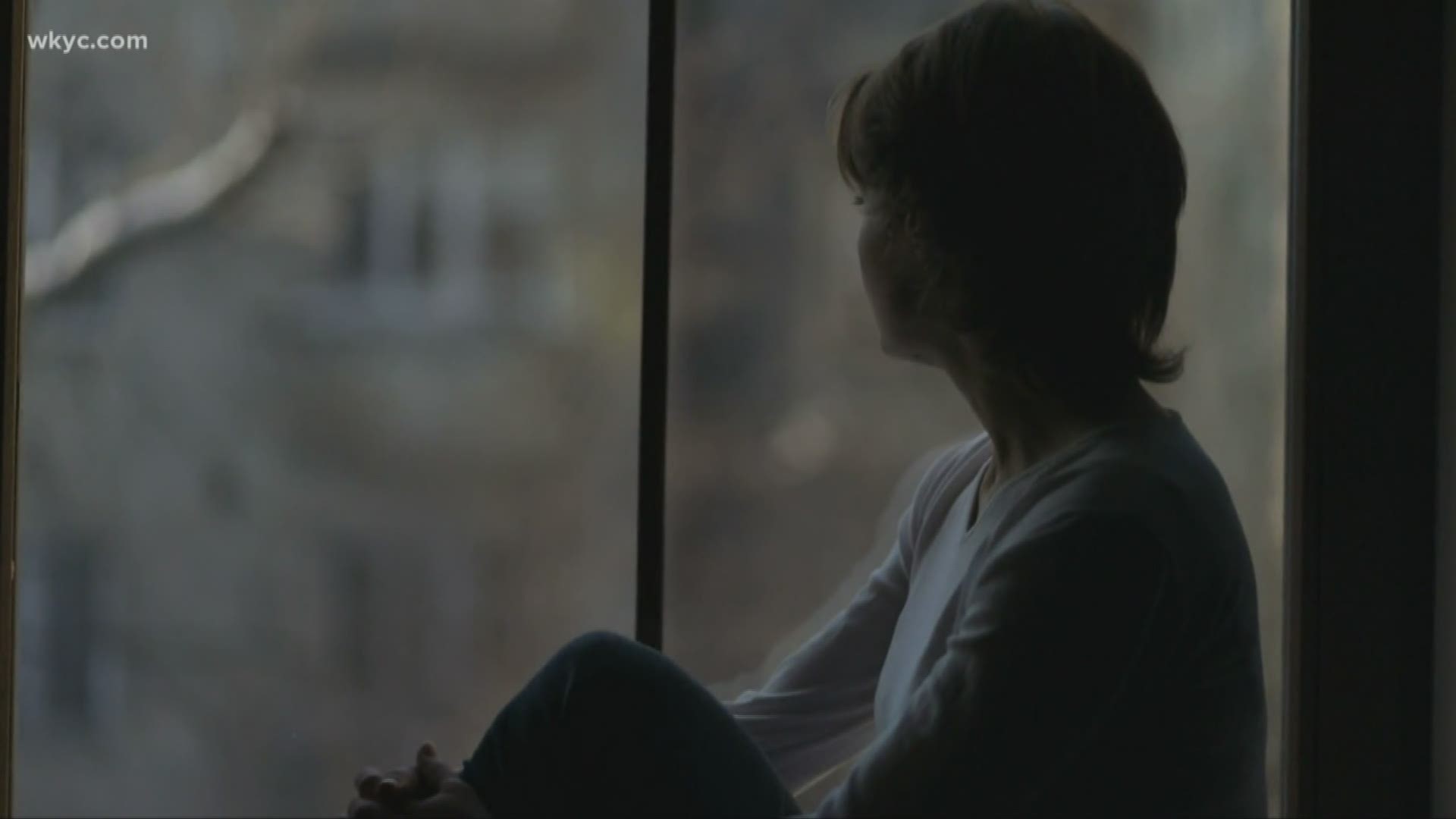 CLEVELAND — It’s one thing to suffer a life threatening heart conditioning, but add a mental health issue on top of that is quite another, but that’s exactly what happened to Danielle Sczerowski.

She’s the kind of woman who takes care of everyone, but one day last summer on her way to work she knew something was very wrong so she drove herself to an ER. There she learned she had a five point five centimeter aneurysm where her heart meets her aorta.

Three weeks later she had open heart surgery. The whole ordeal threw Danielle for a loop. She considered herself healthy and athletic but now she had a new routine to monitor her blood pressure that involved taking several medications daily. What she didn’t expect is the depression she felt a month later. She said it was the lowest point in her life.

“Nobody said I would have depression after this type of thing nobody said anything about possible mental problems going on after that I was just kind of blindsided but it got worse and worse it got to the point where I had to scream out and call my doctor,” she said.

Dr. Claire Sullivan is a cardiologist with University Hospitals Cleveland Medical Centers and says it’s important for patients to discuss their mental health with their doctors especially after a major medical event.

“About one in five patients with cardiovascular disease also has an overlying mental health issue, whether it’s anxiety or depression so very common and unfortunately it can negatively affect outcomes for patients with heart disease as well,” she says.

She adds it’s not uncommon for those patients who do suffer from untreated mental health disorders to not do as well regarding treatment or compliance with medication.

Danielle got help and learned that she wasn’t alone, but she wants others to know that what happened to her is not uncommon. What is uncommon is that often doctors do not discuss mental health issues with their patients. So it’s important patients be aware that any major event can have that impact.

Employers have a compelling interest in promoting positive mental health in the workplace, because adults spend most of their waking hours at work. Poor mental health not only exacts a high toll on workforce health and well-being, it also negatively impacts productivity. The costs of depression and other mental health disorders are often underestimated because the indirect costs such as work absenteeism and poor performance at work (presenteeism) are costlier than the direct costs associated with medical care and prescription drugs.

The one-day event will blend the latest research with case studies and an expert panel showcasing best practice strategies. Participants will have the opportunity to network with local and regional thought leaders and industry experts. Agenda here.

RELATED: Give blood to help the American Red Cross help others with 3News' Mike Polk Jr.