You can smell the medical cannabis in the halls of Eastlake's Buckeye Growers, Ohio's first Level 1 grow facility. 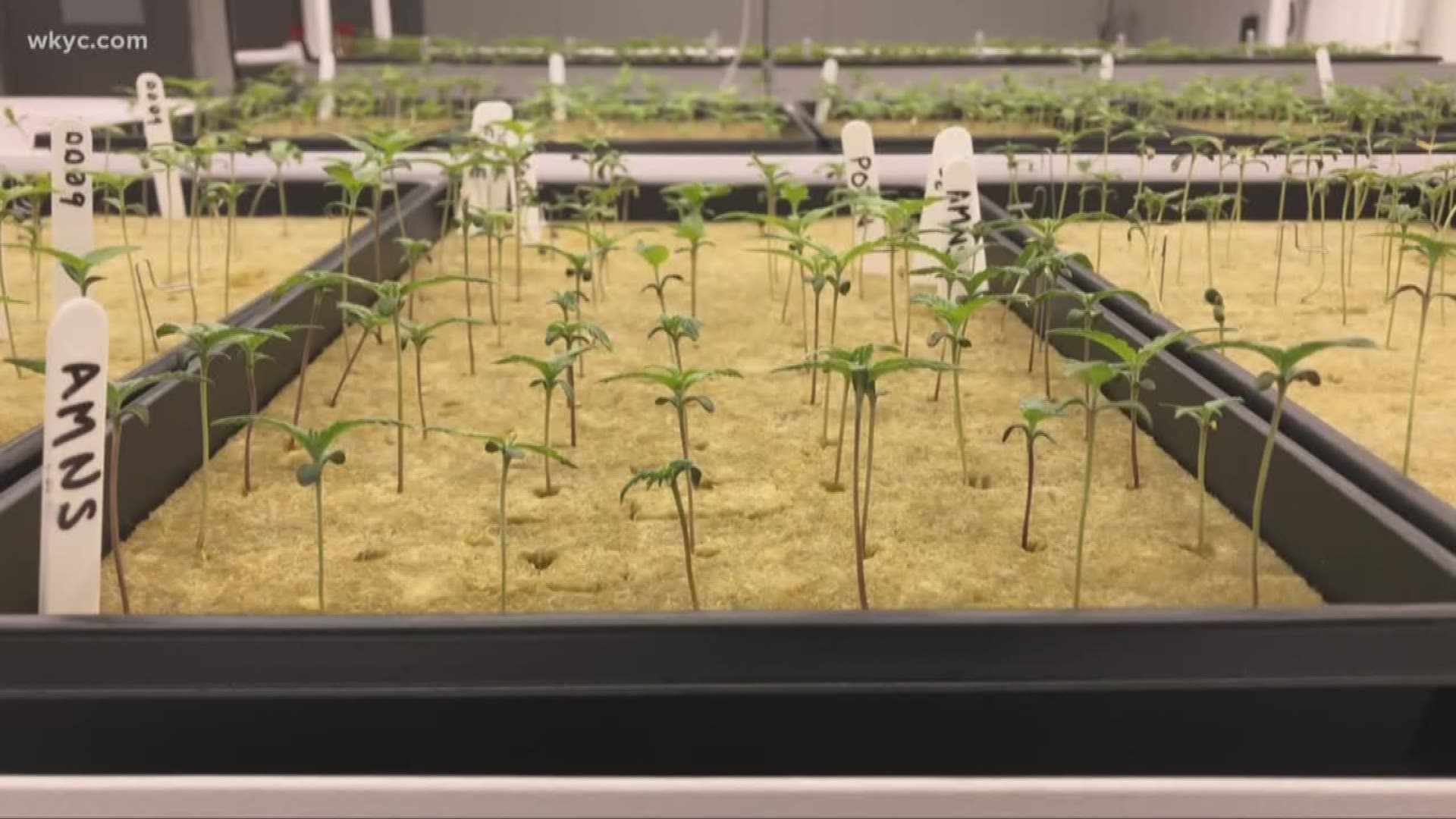 Touring the facility was like watching history in the making. Ohio, finally catching up to the rest of the country in providing medical-grade cannabis to people with certain conditions.

When you see what goes into making this possible, all I can say is wow!

Let’s start with the protocols for employees and visitors, which are so tight, you have to wear special jumpsuits inside to prevent contamination.

That’s because the empty shelves we saw in May now show the beginning of this bounty, after planting began last month.

Co-Founder Andy Rayburn, says 5,000 seeds were planted the first round. Another 5,000 were planted for round two, in what will be a continuous cycle.

The process begins in the Seedling Room, where the plants stay for three weeks.

They then get transferred to the Vegetation Room, also for three weeks. That’s where ‘boy’ plants get separated from the ‘girl’ plants. And the ‘boys’ are then disposed of. ‘Boys’ produce seeds and stems, which is bad news in this biz.

You can smell the medical cannabis in the halls. That’s despite highly sealed rooms and before they're fully grown. That takes place in the Adult, or Grow Room, where they'll spend 9 weeks turning into a sea of green.

Each plant has a little yellow stake in the soil, so the state of Ohio can track them all the way through the process from the facility to the dispensary.

Then they'll be processed, which includes drying, trimming, curing, outside testing and packing, all before they’re sent to the dispensaries.

Now, the September date for actual distribution has come and gone, partly because of the bureaucracy involving the Department of Commerce which handles licenses for cultivators, processors and testing labs, the State Medical Board which oversees certification of physicians, caregivers and eligibility of patients, as well as the Ohio Board of Pharmacy, which enforces laws regarding the dispensaries, and handles signing patients up for the Registry.

But registration won't start until 60 days before the dispensaries open, which at this point could take another four months.

Grant Miller from the Board of Pharmacy explains it this way, "Patients and caregivers still have laws to abide by even if they have a legitimate recommendation.”

Translation: Even though medical marijuana will be legal in Ohio on Saturday, because the program is still not operational, the state doesn't want people running around with weed, claiming it's for medical use.

But for Kristian Kibler’s daughter Lola, who suffers from seizures, time is ticking.

"I want to see what my daughter's really like instead of being in a cloud of anti-seizure drugs," he told us.

And that’s exactly why Rayburn says he really got into this business, "We want to leave a contribution with real medical evidence with all the things this plant can do for patients."