'I felt almost a calling to switch careers': Tri-C nursing student explains why she wants to join the front line

33-year-old Jill Collins, of Cleveland, says her path to nursing was marked by a twist of fate and an inner calling that emerged during a time of difficulty. 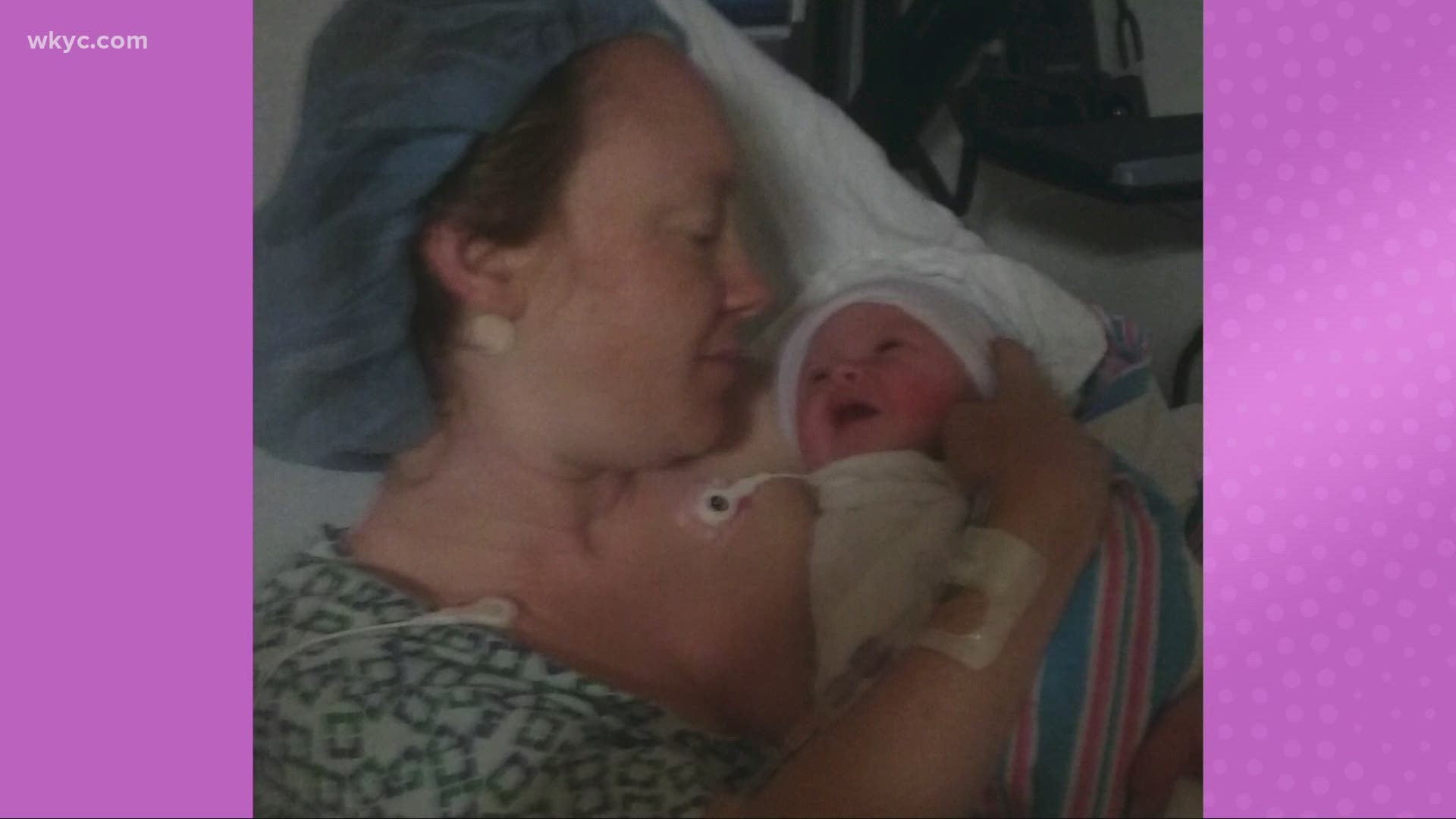 CLEVELAND — As National Nurses Week 2020 draws to a close, the next generation of nurses who will soon take their place on the front line cannot be forgotten.

33-year-old Jill Collins, of Cleveland, is someone with plans to join the profession. Her path to nursing was marked by a twist of fate and an inner calling that emerged when she faced difficulty giving birth to her daughter Sylvia in 2016.

“I had a really hard time when she was born." Collins told 3News. "My labor was hard. My pregnancy was hard and she ended up in the NICU. She wasn't feeding. She was like really lethargic. That was the most difficult experience I've ever gone through."

Collins' friend Felicia Tiller, who was at the time studying to become a nurse, was by her side through the 40-hour labor that ended with an emergency c-section and a nine day stay in the NICU for baby Sylvia.

"It's overwhelming to be a parent for the first time anyway," Tiller said. "Then when you add in that your baby's staying and you’re going home, that's very traumatic for anyone."

"It wasn’t what she had planned on," David Nosse, Collins' husband, added. "It took her a long time to come to grips with that."

It also stirred something deeper.

"I was thinking about everything that we had gone through and the nurses," Collins explained. "I felt almost a calling to switch careers."

Collins, who says she already holds a bachelors and master's degree in biology, enrolled in the nursing program at Cuyahoga Community College a few months after Sylvia’s birth.  Her goal was to become like the nurses at Fairview Hospital who calmed her fears during her darkest time.

"I really hope that I can do the same thing those NICU nurses did for me," Collins said.

As she pursued her degree, Collins once again returned to Fairview to give birth to her second child Richard. This time, Tiller was able to serve as her official nurse.

"The stars just totally aligned," Tiller said. "I got to meet him, give him to his mom and go home. I think it was really a healing experience for her too."

Collins managed to finish Tri-C’s nursing program in early May of this year.

"I'm really excited to get to be a nurse," says Collins.

In a funny twist of fate, Collins, who is now preparing to take the licensure exam to become a RN, will start her new career on a neurology floor at Fairview. She plans to gain all the experience she can and later apply to work in the NICU where her journey to nursing began.

RELATED: #3LovesNurses: Nominate the nurse in your life who is making a difference in Northeast Ohio

RELATED: How this couple adapted their wedding plans amid coronavirus when the father of the bride couldn't attend