Is polio the answer to curing brain tumors?

Results are promising, but more study and time is needed. 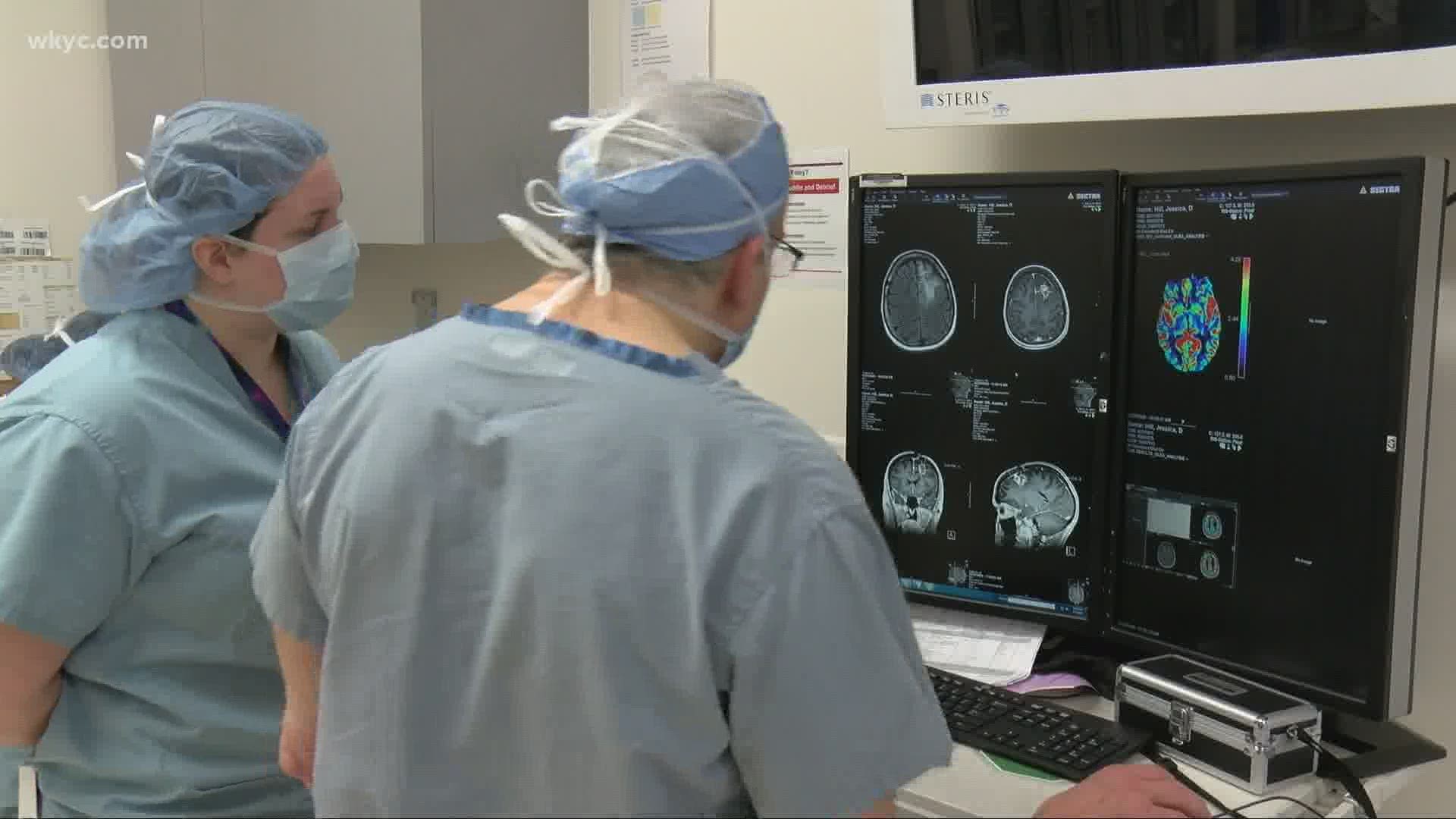 It's a word that struck fear into the hearts of generations of people in the last century until a vaccine was developed that eradicated the disease from the United States for the last thirty years.

According to the CDC, the most severe symptom of poliovirus is paralysis because it can lead to permanent disability and death.

But a decade ago, researchers at Duke University took a harder look at the virus and thought there's a chance it may actually do some good. Perhaps it was the answer to treating one of the most devastating and deadly brain cancers on the planet, glioblastoma multiforme or GBM.

Researchers at Duke first discovered that the poliovirus delivered directly into intracranial tumors was able to trigger a positive immune reaction, which led to a longer survival rate from the notoriously difficult-to-treat cancer. In Phase I of the clinical trial, doctors determined the correct dose of the virus to administer while mitigating side effects.

The study found that survival rates were significantly higher in glioblastoma patients who received an intratumoral infusion of a modified version that combined the polio and rhinoviruses, (PVSRIPO immunotherapy) compared to patients receiving standard treatment at the same institution.

But another study was needed and that's when University Hospitals in Cleveland got involved along with the Massachusetts General Hospital and UCSF.

University Hospitals Seidman Cancer Center has treated eight patients in this phase two clinical trial to validate the groundbreaking effects of the poliovirus on glioblastoma (GBM), a deadly Grade IV cancer of the brain.

Jessica Hill is the second patient in the trial. The 44-year-old mother of four and grandmother of two from Indiana was diagnosed in July 2019 of having a Glioblastoma Multiforme stage IV. It's the most malignant of brain tumors.

On March 4th, a catheter was placed inside her tumor and Dr. Andrew Sloan infused it with poliovirus. Through this process, known as convection enhanced delivery (CED) and performed in the NeuroIntensive Care Unit at UH Cleveland Medical Center, the poliovirus attacks the tumor creating an anti-tumor immune response.

"I’ve got a fight going on in my head right now so it’s amazing, technology nowadays it is amazing," Jessica said.

"This trial uses a polio virus modified to specifically target a receptor (CD155) found only on tumor cells," Dr. Sloan said. "While it only kills a small number of tumor cells directly, the virus and the immune response it exerts exposes these tumor cells, which have been hiding from the immune system and creates a significant anti-tumor immune response that takes over and kills the rest of the tumor that the virus has not destroyed. Unlike the native polio virus, the modified virus does not attack neurons."

Traditionally, survival from a GBM is less than a year, and patients typically live less than six months after recurrence. The survival rate among those receiving PVSRIPO immunotherapy was 21 percent at 24 and 36 months, much higher than the 4 percent survival rate among historical controls treated at Duke, according to the article published in the New England Journal of Medicine on July 12, 2018.

"The body has an amazing immunological memory," Dr. Sloan said. "If you've received the polio vaccine as a child, your immune system remembers that polio is a bad thing. The injection of the polio virus jump-starts the immune response, which in turn attacks the cancer."

Dr. Sloan admits this is the best thing he's seen for these types of tumors and his eight patients are doing well.  But it's still too early to tell what the long term effects will be since the trial started this past September.

"Certain people have said, have used the C word, I’m not ready to use that word, I hope I can use it at some point but I’m a little bit hesitant because it’s important, you know you don’t want to get someone’s hopes up unless you can follow through," Dr. Sloan says.

Between April 2nd and June 25th, Jessica says her tumor decreased 7.4% and while she's hopeful, she's also more pragmatic. She was given 20 months to live when first diagnosed, so she's hoping to get past her original prognosis date of March 2021 and is grateful her involvement may one day help to save others.

"I believe I’ve been on this journey to be able to help others spiritually and physically because it’s just the way that God wants me to do this," she said.

While this portion of the trial is closing soon, there is other research happening with glioma brain tumors. So if you or someone you know is dealing with this type of tumor, you may want to contact University Hospitals for more information.