Keeping wandering special needs children safe: How one dad's invention is helping others

Children and adults on the autism spectrum are vulnerable and not always aware of dangerous situations they may encounter. A device called AngelSense can help. 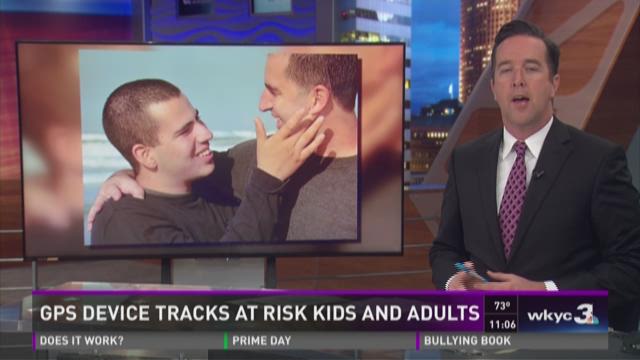 Common words that strike fear to anyone with a loved one on the autism spectrum or living with dementia or Alzheimer’s disease.

Made worse because these children and adults are vulnerable and not always aware of dangerous situations they may encounter. The fact that children with autism are often drawn to water, makes these situations even more frightening.

A father, whose own son wandered, knew there had to be a solution. Doron Somer created a device to help keep his son Itamar safe and to help protect others with special needs. The device is called AngelSense and it hit the market in January 2014.

“He has no sense of danger,” said mom Jennifer Garcia. We met up with her at a local park, where she told us about her 5-year-old son Matthew, who is on the autism spectrum. “He wanders or elopes in certain situations. If I turn my head for a second to tie his brother’s shoe, he can be gone,” Garcia explained.

A misconception is that inattention is to blame when a child with autism bolts or wanders. Studies have shown that it can and does happen even in the most secure settings.

Jennifer Garcia heard about AngelSense and began using it about a year ago. Worn like a belt, it works with a phone app. Using it, Jennifer can see Matthew’s real-time location on Google maps.

She showed us how it works beyond finding a child that has wandered. Jennifer uses it make sure Matthew gets to and from school safely. “When you are not with him, it lets you know where he is in the school building, where he is on the playground if he were ever to leave the designated area of the school while I am not there. It will send me a notification that he’s not where he’s supposed to be,” she demonstrated.

Garcia can watch Matthew’s bus in transit, and if needed can talk to him through it, and hear others talk to him.

She also demonstrated, what’s called runner mode. It’s what the AngelSense device switches to if Matthew wanders away. “It has runner mode. And it’s every 10 seconds. It will send you and your pre-selected first responders real-time updates of his location,” she said. In fact, once runner mode is started, AngelSense immediately alerts Garcia’s designated first-responders that her child is missing, rather than wasting precious minutes calling others for help.

While talking Monica Robins didn’t notice that Matthew had moved with his siblings. But Garcia did, even without even seeing him. “He came back into the pavilion that we’re in right now,” Garcia pointed out. “And there he is,” Monica said.

The device costs about $100 to purchase. Monthly service is about $40.

“Is it worth it? They can’t speak for themselves. If he were to get lost, he can’t say ‘my name is… You know my mom. I live here. Here’s my phone number.’ They can’t and it’s terrifying. Is it worth it? It is. How do you put a price on your child’s life?”

WKYC decided to put the device to the test. Monica Robins and Brandon Simmons took it to Tremont to see how it worked. Our test started at the Tremont Montessori School at the corner of W. 10th and Jefferson Avenue. Brandon had the AngelSense belt on and left on foot, not telling Monica where he was going. Waiting about ten minutes, she was able to see where he was. One feature Monica liked, was the ability to see where she was in relation to Brandon.

We wondered what might happen if Brandon went inside a large building and we lost GPS tracking. He ducked into a library on Jefferson Avenue. GPS followed him to the building. It started up again when he left.

Another feature allowed Monica to use a speaker option to call and talk to Brandon. She could also hear what was going on around him and if someone was talking to him.

“So not only can I listen in, but he can talk back and I can listen to the area around and find out where he is. ‘Brandon, can you hear me? Okay, stay where you are. Don’t move. I’m coming’.”

Certainly, it has limitations for those who are non-verbal or may not be able to follow commands. But the ability to listen in does help.

Brandon stopped at the lobby of the Tremont Place Lofts. The tracking device led Monica right to Brandon.

We found the AngelSense instructions pretty easy to follow. We didn’t need to call customer service, but if you do, you’ll talk to someone who understands what you are going through. That’s because all the customer service reps are moms with children on the spectrum.