Ten high school students are set to participate in a local singing competition. 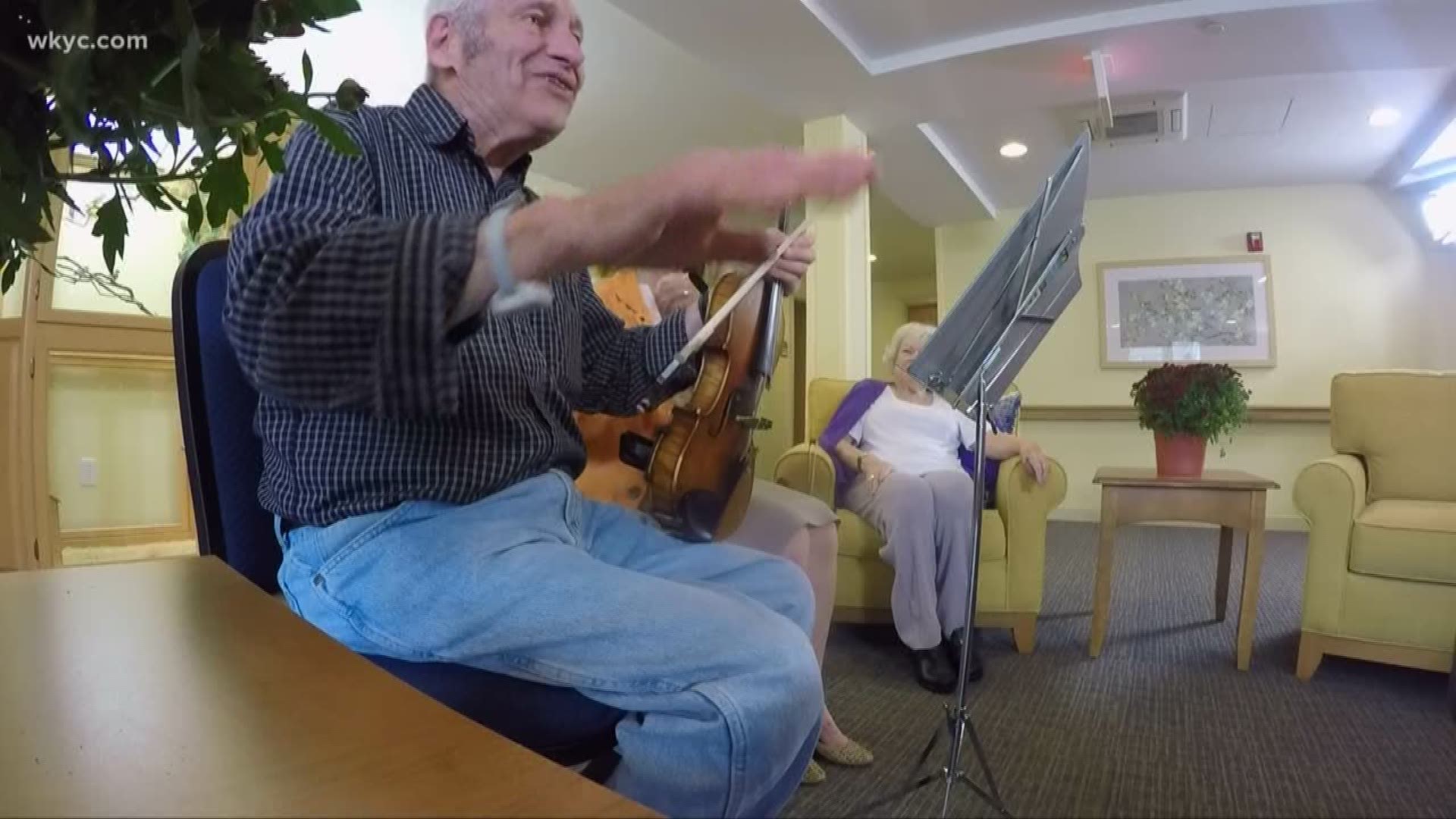 Ten high school students are set to participate in a local singing competition.

The competition benefits music therapy at Montefiore and The Weil’s Memory Care Centers.

Irv Rothenberg remembers his days playing in the Ohio State University Orchestra. He also remembers the school fight song, which he loves to play.

“They wouldn’t let me play in the Ohio State band because violins couldn’t march,” he says with a smile.

He’s worked with music therapist Melissa Geesen for two years, but still doesn’t remember her name or her face. But he certainly remembers how to read music and play his violin.

“Music is one type of stimulus that can activate various parts of the brain,” Geesen says. “For some people it's the only thing that they can still benefit from or connect with,” she adds.

She says when she plays with Irv, he tells her that she brings his life back to him. Simple moments like that are why she’s been using music as medicine for 25 years. She has watched music not only improve mood, but also function in those with dementia.

It’s an important life lessen for Adriana Holtz, a senior at Chagrin Falls High School. For the second year in a row she’s competing in the Shining Star CLE singing competition.

“Really helpful to understand what we're doing is going towards,” she says.

Margaret Brown is a freshman at Nordonia H.S. she now wants to use her music to help her grandfather.

Julia Polster is a junior at Solon High School. She’s not sure if she’s going to pursue a career in music or become a doctor, but she understands how music can definitely be a prescription.

“Music is a part of medicine, music therapy it is so important and so amazing what it can do,” she said.

The money raised from the competition not only funds music programs but also provides IPods with individualized playlists for residents to help them reconnect.

The student winner gets a $10,000 college scholarship.

Tickets can be purchased at the theater or by clicking here.