In a century, its staff saved millions of lives, but also contributed to the future of healthcare and changed the way medicine is practiced today. 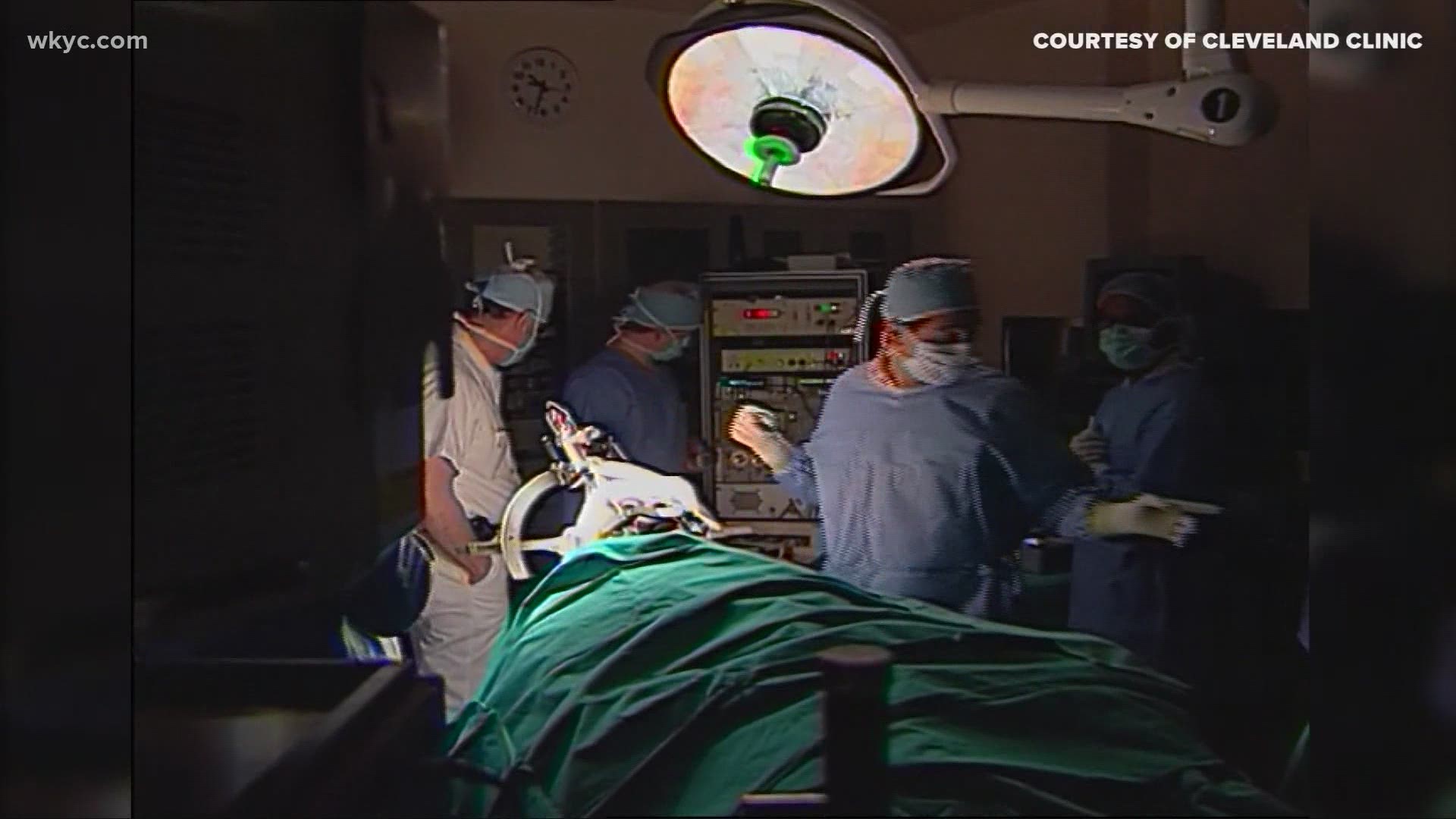 That day, February 26, 1921, the staff of the Clinic treated 42 patients. It was founded by four war veterans who were established doctors and learned from being on the front lines.

"And that new way was a group practice, teamwork, systemness multi-dimensional specialties coming together, basically in one location," says Dr. James Young of Cleveland Clinic.

The Clinic was the first medical center designated as a National Referral Center by Congress. Patients come from around the country and across the globe to be treated.

"We have a big system in Florida. We have an operation and a Abu Dhabi operation coming up in London. We've got an operation in Canada and operation in Nevada as well as throughout Northeast Ohio. So we will continue to grow," adds Dr. Young.

In 1958, the discovery of the coronary angiography gave doctors their first look at the coronary arteries. Nine years later, bypass surgery was developed, establishing the Clinic's reputation as a heart center.

Dozens of innovations would follow, from more conservative surgical ways to treate breast cancer (that are now standard care), to the world's first near-total face transplant.

"What is important is the centenary of the Cleveland Clinic saw a new concept behind how medicine should be delivered. A new idea, how academic healthcare systems should be created," adds Dr. Young.

But there was a dark period, too.

Eight years after opening, an exposed lightbulb caught nitrocellulose x-ray film on fire. 123 people died, including one of the Clinic's founders, from poisonous gas and explosions that shook the building.

Dr. Young says it is still the greatest loss of life in a hospital disaster during a peacetime environment.

From that tragedy rose important safety changes. "Fire safety, disaster safety, just all sorts of things evolve and were pushed down the road by the singular disaster," says Dr. Young.

Cleveland Clinic maintains a deep footprint in the city that bears its name. It is the largest employer in the state of Ohio, with more than 67,000 employees worldwide.

"The Clinic actually was pretty earlyy bringing in women and breaking down other sorts of social barriers and whatnot," says Dr. Young. "So I think the founders would have first been very pleased, then second been very proud."

And today as healthcare changes, the Clinic continues to adapt and thrive now as it begins its second century.