4 warning signs of eating disorders parents should watch for and how to get help: You Are Not Alone

The pandemic is a breeding ground for kids and teens to start comparing themselves to others. 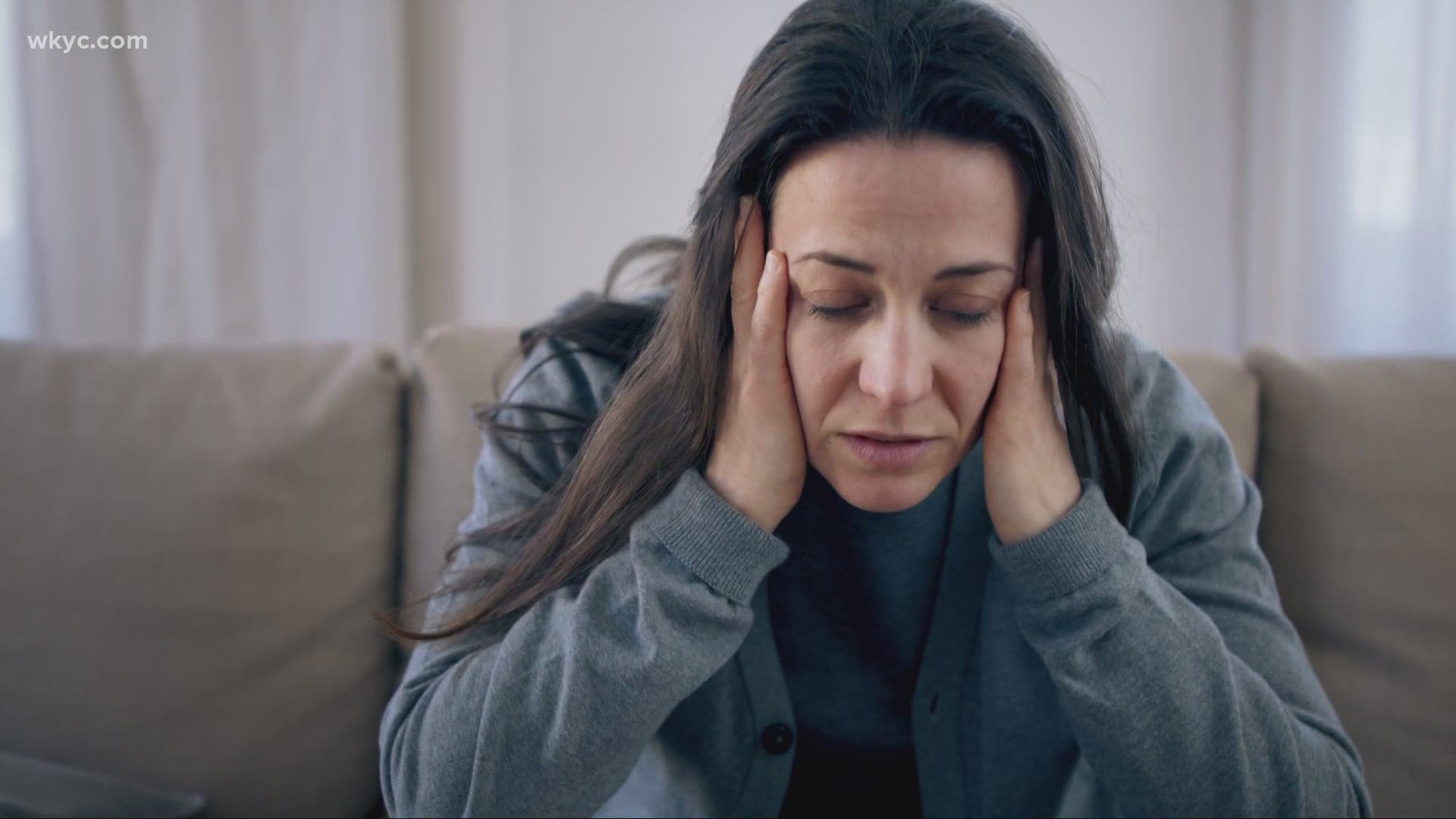 CLEVELAND HEIGHTS, Ohio — We've talked about how the pandemic can stimulate addictions and unhealthy mental tendencies. That includes eating disorders in our kids, and the direct connection that has to our mental health.

The Emily Program is a national eating disorder recovery center with a location in Cleveland Heights. Jillian Lampert is the Chief Strategy Officer there and says things like the isolation, restrictions and anxiety from the pandemic are breeding grounds for an eating disorder to grow.

"Our phone calls and web visits at the Emily Program have doubled in the pandemic," Lampert says.

She also says social media is a huge influence in kids and teens because it can trick the mind into thinking someone else's life is better.

Mark Schindler came to the Emily Program while in college as an aspiring boxer. He became obsessed with weight cutting, trying to be better than any of his competition.

"I was like, 'all right, I'm gonna have one spoonful of peanut butter and then I’m gonna go on this run,' because I hadn't eaten anything in like a day and a half because my weight wasn't where it needed to be on the scale – or where I thought I needed it to be – or the disease was telling me.”

RELATED: You Are Not Alone: Effects of pandemic stress on the older population

But he didn't realize he was losing the most important fight for his own life.

You may think his story, like many others, is connected to mental health because of the control aspect of an eating disorder.

Turns out, that's a false stigma.

"The two likely other things, like somebody who gets an eating disorder are pre-disposed to, are anxiety and depression," Lampert says. "They don't go seeking an eating disorder to get control. They feel out of control and change the way they eat because lots of people do. And in the course of that change, they feel more in control. So the control is a side effect."

Lampert says parents should pay attention to warning signs like:

If you see any of these signs, do not wait to find help.

"You have to get help," Schindler agrees. "Because if I had not gotten help, I probably would not be alive right now."

There are five studied and official types of eating disorders to know about.

There are many sub-categories of each disorder, too. If you or someone you know may suffer from any of these, or wants to know more about them, the Emily Program offers offers daily treatment, 24/7 retreat care, outpatient care and virtual appointments.

You can also learn more about Mark Schindler's story -- and know you are not alone -- in his podcast with the Emily Program, called Peace Meal. Listen to it HERE.