Here's the true story behind this special book. 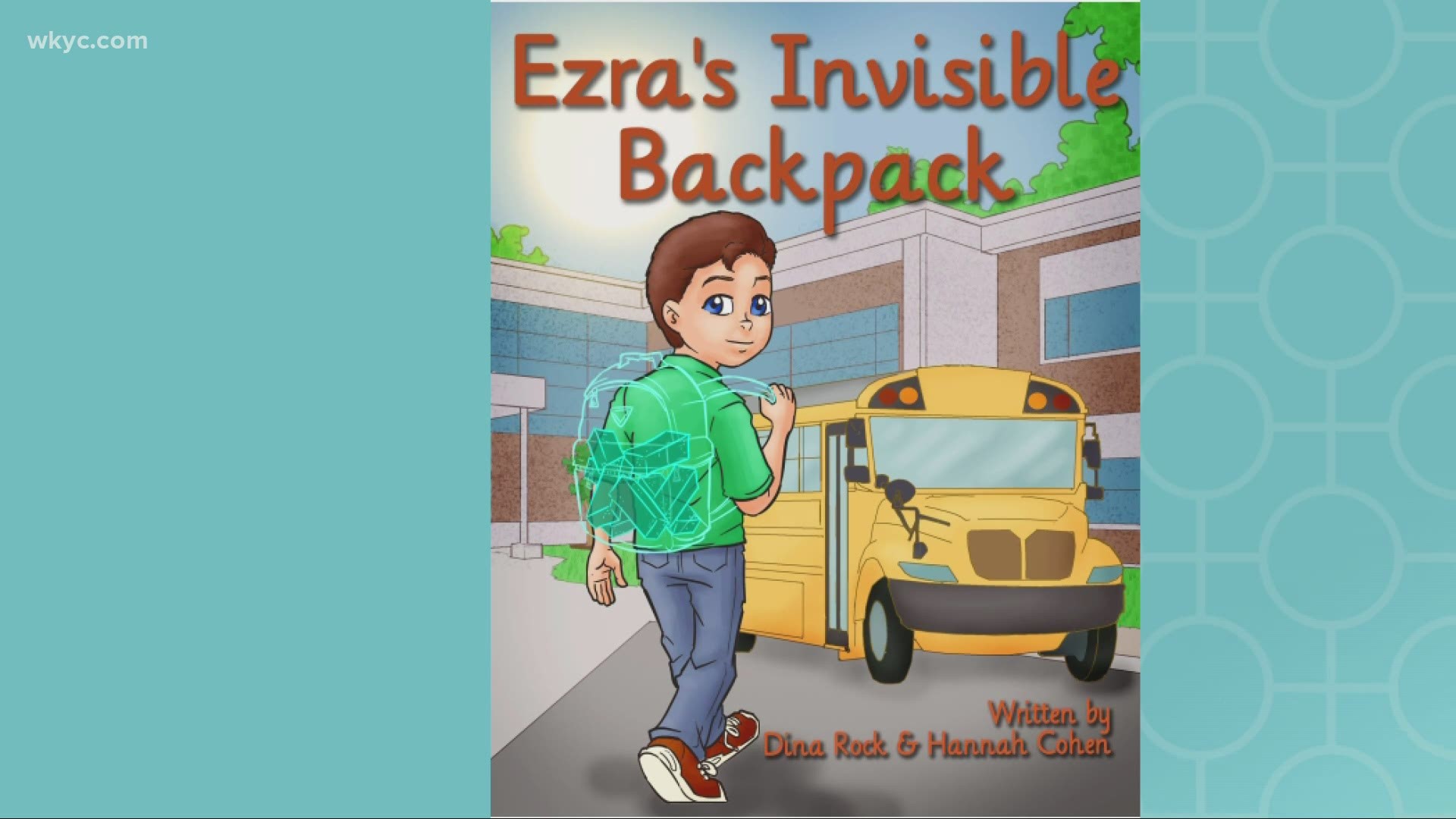 CLEVELAND — We all know the feeling of having one more thing added to our plate. It's sort of like bricks stacking one on top of the other. Eventually, it weighs down our mental health.

But a new children’s book created by two Northeast Ohioans hopes to normalize this feeling, and make that weight a little easier to carry. Ezra’s Invisible Backpack details an elementary school student who is navigating the awkwardness of making friends at a young age.

Throughout two days, his teacher explains in a lesson to the class that we we’re all carrying something; in our brains, we’re all trying to get through one thing after another -- or as Ezra’s teacher calls them -- bricks in our invisible backpacks. Read an excerpt from the book:

His teacher goes on to explain:

“For instance, if your team lost a baseball game, that might be five bricks. If you and your friend got into a big argument, that could be 10. Or maybe someone you love is very sick and you’re worried about them, that could be as many as 15.”

Dina Rock and Hannah Cohen were inspired to write the book and its theme after life as they knew it stopped. Their nephew and cousin, respectively, died of suicide last February. Ezra Seegull was just 19-years-old.

“He was a perfectly happy boy on the outside. He was so smiley, so wonderful and funny," Cohen remembers.

While the book is about a younger child, Rock and Cohen say it is absolutely a tribute to Ezra, which helped them through the grieving process after he passed away.

“There’s a line in the book where we say, 'Even though you’re smiling on the outside, you might not be feeling that on the inside,'" Cohen says. "That was something we really did take from our Ezra. Nobody would have guessed he was struggling on the outside.”

"At Ezra’s funeral, the rabbi said something I’ll always carry with me. He said, 'Someone dies twice. The first time is when their soul leaves their body, and the second time is when someone says their name for the last time,'" Rock says. "We wrote this book, but in a way this book with ensure that people will say Ezra’s name.”

His name will certainly live on every time someone acknowledges the bricks and helps to lighten their load.

“We’re calling this an E for everyone one book because this is for parents, counselors, therapists, for everybody to use in their daily life," Rock says. "We want this to be part of everyone’s vernacular that you ask, 'Did you eat something healthy today?' We want people to say, 'How many bricks are in your backpack, how are you doing?'"

You can learn more about the book and order it now here. It was also written in part from Rock's brand, Words that Rock, created to connect children with literacy skills. She is an elementary school teacher at the Joseph and Florence Mandel Jewish Day School in Beachwood. Cohen is an actress currently studying at the NYU Tisch for Drama, and minored in child and adolescent mental health studies.

And for anyone with suicidal thoughts, there is help. You can call the National Suicide Prevention Lifeline number at 800-273-8255.

RELATED: You Are Not Alone: Couple creating 'safe places' in memory of son to help students find comfort at Northeast Ohio schools