Mom survives aortic aneurysm while pregnant thanks to Cleveland Clinic

She delivered her baby early and had heart surgery a week later at Cleveland Clinic. 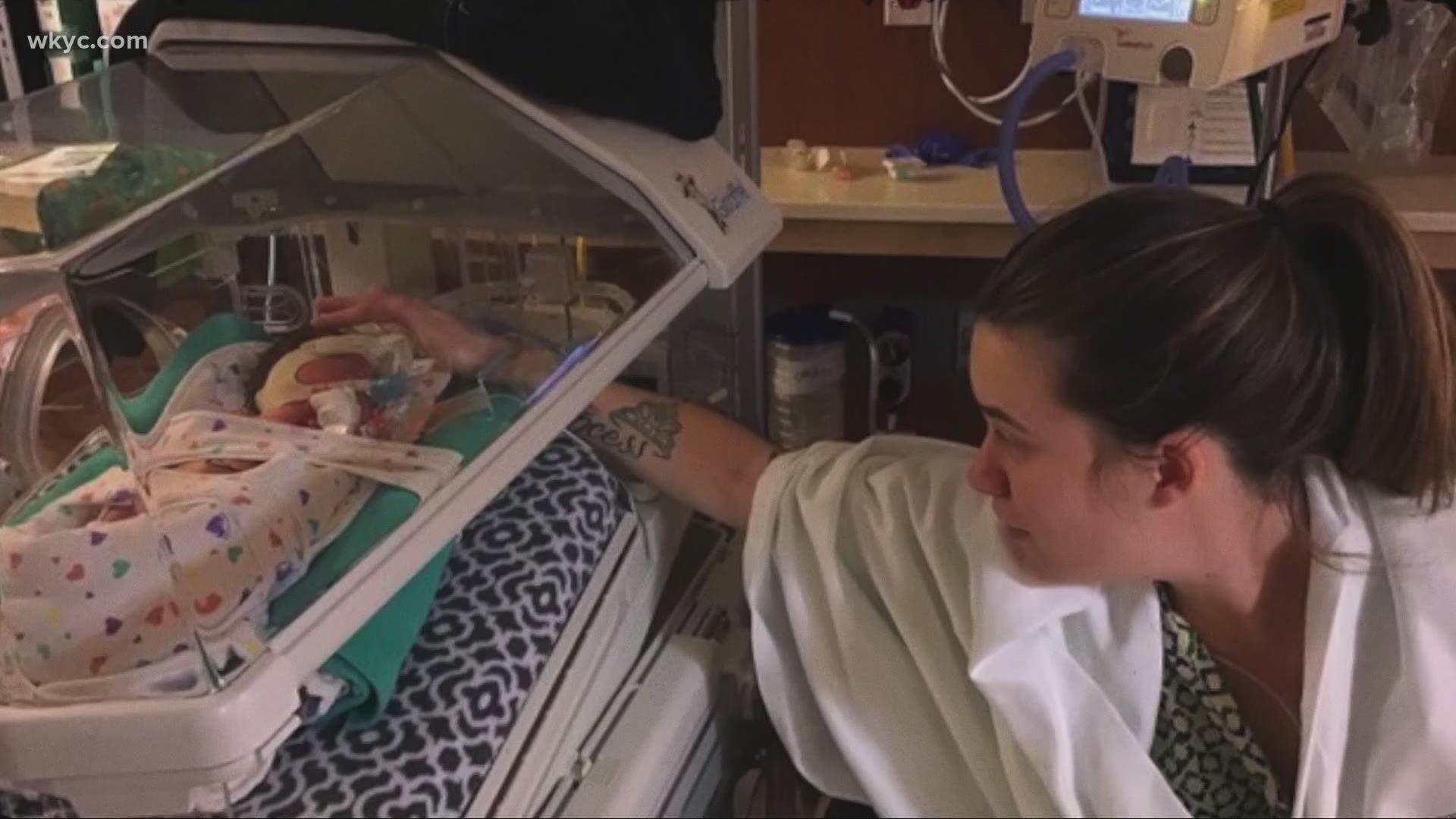 CLEVELAND — Little Felix is a spunky thirteen-month-old. But his story really started a few days before he was born.  That's when his mom, Casey Shannon, discovered her heart was like a ticking time bomb..

“My initial reaction is I just wanted Felix out, I wanted him to be safe because if your aorta dissects you can bleed to death in minutes,” Casey said.

She learned she had a six-point-two centimeter aortic aneurysm, an abnormal bulge more than three times the normal size of the artery. It would probably cause death if it ruptured.

“It would have been it for both of us because if the mother bleeds to death while they're pregnant that's it for the baby too,” Casey said.

But at the time, Casey was just 32 weeks pregnant.

“He had a much better shot as a preemie eight weeks early then he did surviving in me, which is a tough pill to swallow as a mom,” Casey said.

Her Cleveland Clinic team scheduled a caesarian section. Only it had to be done in a cardiac operating room, with a cardiac surgical team standing by just in case something went wrong.

“Pregnancy and the hormone changes during pregnancy adds to the weakness and it is an extra concern,” said Gosta Pettersson MD, PhD. He is Vice Chairman of the Department of Thoracic and Cardiovascular Surgery and Section Head, Congenital Heart Surgery at Cleveland Clinic.

Little four-pound Felix went to the NICU to be watched over by big brother Donald and dad while Casey prepared for open heart surgery.

“The next 24 to 48 hours, my blood pressure is like everything we've been trying to avoid. After you've had a baby, your blood pressure has to even back out, so it was like my actual danger zone,” Casey said.

A week later, Dr. Pettersson fixed the aneurysm and Casey while rested and recuperated, she visited with Felix in the NICU. She would wait seven weeks to bring him home

Casey and Dr. Pettersson hope this is the last time she’ll have to worry about her heart, but she’ll be monitored. For Casey, she’s sure she had someone watching over her for everything to turn out like it did.

“These kinds of stories of course are amazing, and you get touched by all of these that's why we do this job day in and day out,” Dr. Pettersson said.