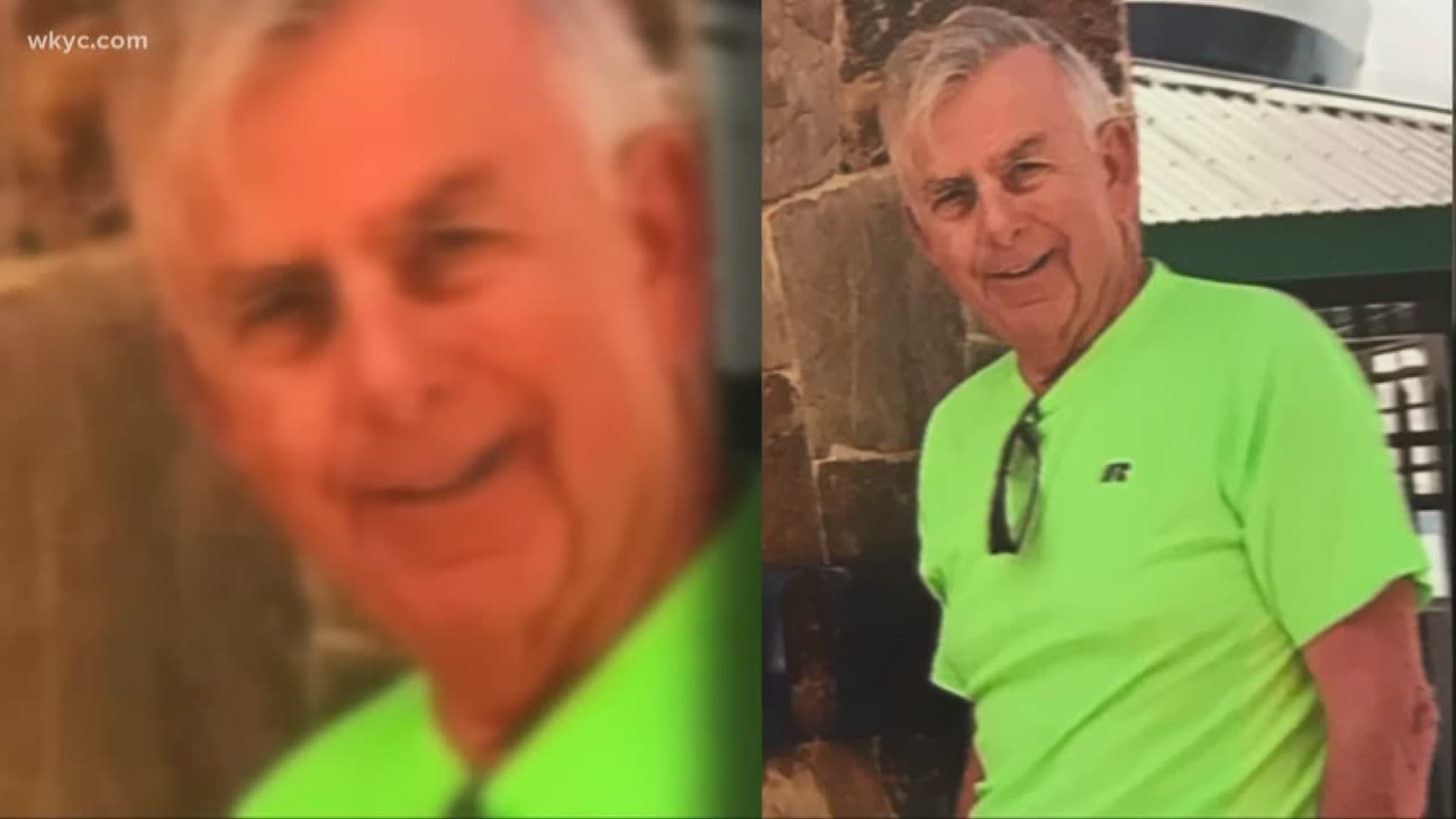 Jerry Curran worked 32 years for the Bedford Police Department and another decade as a bailiff for Bedford courts. He was actively enjoying retirement. He and his wife Janet moved to sunny Florida and the couple often traveled.

They went on a cruise in mid-January and then repacked and headed to the Dominican Republic to meet up with another couple and enjoy a week in paradise. They arrived at Dreams Resort in Punta Cana on Jan. 22.

“Three days after he arrived in the Dominican Republic he was dead,” says daughter Kellie Brown.

Kellie and her sisters, Kim Pidala and Jackie Sikes still can’t find answers in the mass of paperwork pertaining to their father’s death.

“He went to the Dominican Republic healthy and he just never came back,” Kellie said.

When other suspicious deaths started being reported in the news, the family grew more concerned.

“I thought something's not right my father was a healthy 78-year-old, he took care of himself and I just didn't think anything like this was possible, but then I started to hear other people's stories,” Kellie said.

Kellie says after dinner and drinks the night of arrival, her dad said he didn't feel well and he spent the next couple of days mostly in bed. Around 3 am Friday morning he began vomiting and was unresponsive. Kellie says it took two hours to get him to the hospital where he was put on a ventilator. At 10:45 am she received a call from a family friend travelling with her parents.

They settled on $40,000 and Kellie sent the hospital the paperwork. Her mother had already put $10,000 on her credit card when she arrived at the hospital. The couple had purchased Travel Insurance but in the midst of crisis, it didn’t occur to Janet that she could have used it for the medical emergency.

“He made it thru surgery and he died about eight hours later,” Kellie said. She got the call waiting for her flight at the Charlotte, NC airport.

The family says there are things about the story that don’t seem to add up. The death certificate from the hospital and the U.S. Embassy indicate time of death was 11 am on Saturday, January 26th, but Kellie got the call eleven hours earlier that her father was gone. Then there's the four causes of death that raised eyebrows.

“One of them is pulmonary edema which seems to be common in everyone else who's passed that we're learning about,” Kellie said.

I asked an emergency physician to review the x-ray and CT scan. He said the hematoma was significant and would be difficult to survive, and if so, cause limited quality of life. What puzzled him is the pulmonary edema on the x-ray. He called it scant, and not enough to be a direct cause of death. He would have expected Jerry to be put on a ventilator when he arrived at the hospital before any scans were taken, but there’s no indication of a breathing tube on the scans. He couldn’t speak to DR medical protocol.

The bigger question is how did Jerry get the brain bleed in the first place.

“He never complained of hitting his head or falling,” Kellie said.

She added that her father was taking blood thinners, which could have contributed to the brain bleed. Perhaps a torn vessel that caused a slow bleed over the days before his death. Or was it something more sinister? The family can't help but wonder.

“We want to find out what happened and why did he die,” Kellie said.

They plan on showing his medical records to his doctors here in the states to see if they see anything suspicious. Kellie says she’s also unofficially talked to the FBI. Her father was cremated when he was returned to Bedford and Kellie knows her family may never get the answers she’s looking for. But she hopes her father’s death serves as a cautionary tale for those who travel overseas. She recommends always buying Travel Insurance that covers medical emergencies and medical evacuation. Make sure everyone travelling is aware of the policy and how to access it in the event of an emergency.

Jerry’s personal insurance did offer a payout for the money Kellie and her mother spent, but the check they sent was in her father’s name, so they can’t cash it. They’re still fighting to have that fixed.

In response to our story, Dreams Punta Cana issued the following statement to WKYC:

"We were very sorry to learn of the death of 78-year-old Thomas Jerome 'Jerry' Curran earlier this year. On the evening of January 25, 2019, our night manager was notified of his condition and immediately called the doctor on duty, who facilitated a transfer to the hospital where he underwent surgery. . During this period, our staff worked very diligently to provide as much comfort and care as possible to the family. I personally visited Mrs. Curran in the hospital to offer comfort and the property provided courtesy accommodations to the family arriving from the U.S. We know how difficult his passing was for his family and friends and our hearts go out to them. We have no evidence that this unfortunate incident was the result of anything other than natural causes.  Of the 30 million tourists who visited the country in the past five years, the reported cases of death total far less than one percent. While any death is unfortunate, the Dominican Republic’s Ministry of Tourism notes that there is no statistical threat to the safety of tourists in the country.

"Dreams Punta Cana has a range of safety, security and quality control protocols in place, including having a physician living on-site. We take the safety and security of every guest seriously, providing industry best practices and extensive staff training to manage the needs of guests. This includes training to recognize and respond to a range of health situations and support guest safety quickly and with compassion. All security agents are trained in emergency protocols, and we have clear procedures for addressing health issues, which were correctly followed in Mr. Curran’s situation.

"Dreams Punta Cana has a strict protocol of ongoing inspections, certifications and trainings conducted by third-party organizations to ensure our property meets the highest possible hygiene, water and food quality standards. In fact, the property has received the Cristal Certification for International Standards in Food, Beverage and Safety. This is one of the industry’s highest-level certifications ensuring best-ofclass quality for food and beverages, water quality, safety protocols, and the environment. Industryleading operational policies and procedures to safeguard our food and beverage products from any tampering or contamination are in place at the resort. Additional protocols include:

"We welcome thousands of visitors a year and proudly celebrate a high repeat guest ratio. We attribute our strong track record for guest satisfaction to our strict guidelines and standards, and the trained staff’s commitment to compassion, superior quality and service."