A wearable device that delivers low-intensity electric fields can stop the growth and division of GBM cells. 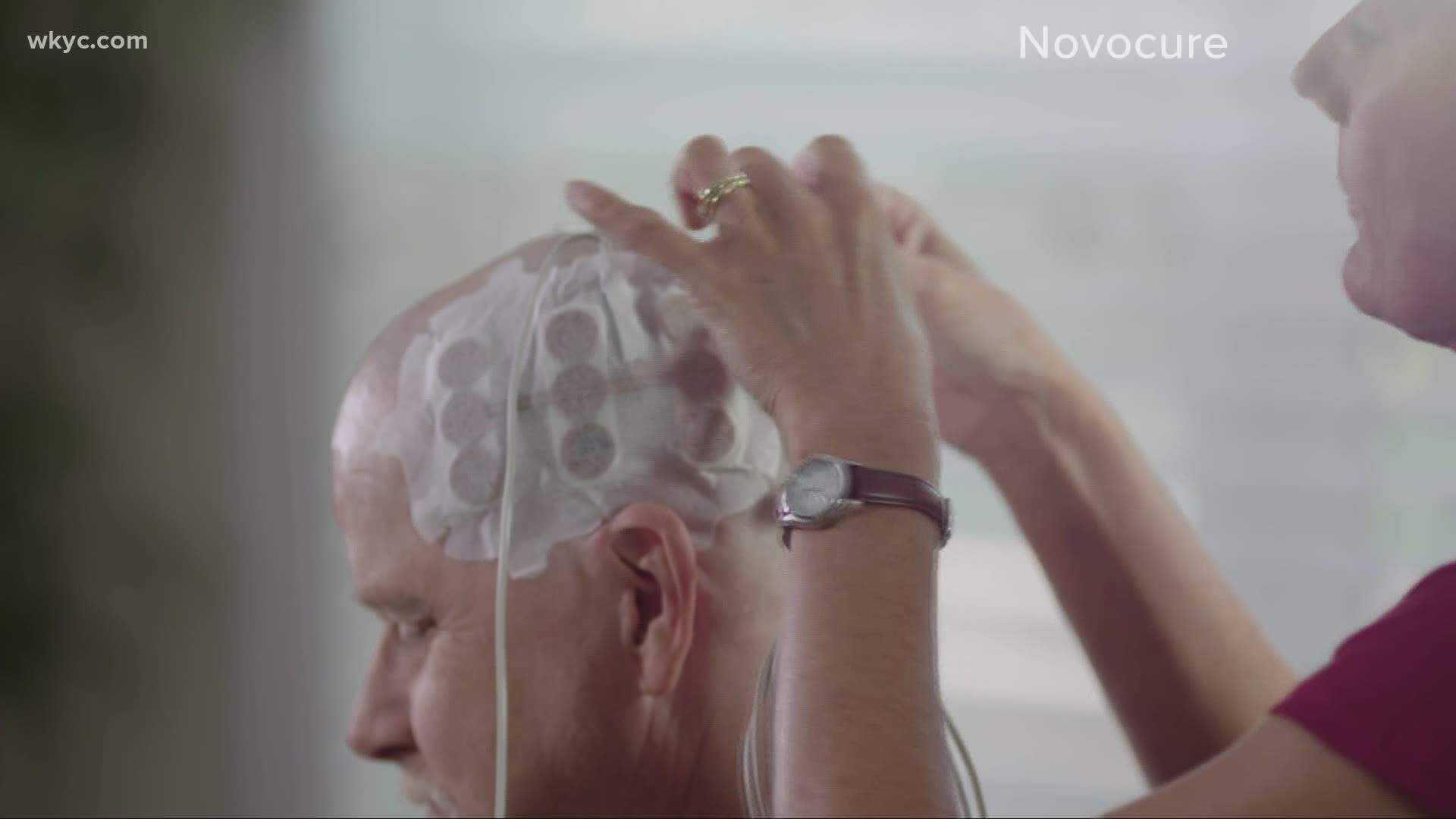 CLEVELAND — 32-year-old Jonathan Sedor knows a thing or two about climbing over obstacles. He lost his dominant left hand 13 years ago in a firework accident.  A few weeks later, he retrained his brain to use his right and he entered art school.

He became a professional rock climber and coach and refused to allow his injury to give him limitations with anything else he wanted to do.

"I don't let it stop me, I still ride, fix gear bikes, rock climb when I can and make art," Jonathan says.

He's not talking about his hand. While living in Florida last year as a rock climbing coach, he experienced migraines but thought they were caused by the heat. He then had a grand mal seizure and was flown from a Florida hospital to Cleveland Clinic where he was diagnosed with Stage IV glioblastoma. The worst type of tumor diagnosis.

Along with surgery, chemotherapy and radiation, his Cleveland Clinic doctors offered him a device that might zap his cancer into submission.

It's called Optune. Nine electrodes attached with tape to his head and leads that go to a backpack battery.

He has been wearing the Optune device for about 4 months. Optune is a wearable device that delivers low-intensity electric fields – called Tumor Treating Fields – that stop the growth and division of GBM cells. He uses it regularly even wears it during cycling, climbing and painting.

"If I'm only gonna live two more years I might as well see what I can do granted they think I'm gonna live longer than that of course but you just never know," Jonathan said.

But this device gives GBM patients some hope.

Art is still Jonathan's passion and he uses it to send positive messages, like a mural that says 'Together we are stronger' in Shaker Heights.

"Put up messages of hope especially in neighborhoods that tend to have more struggles than other areas," he said.

He doesn't know yet if the Optune is working for him, but it may be helping him find ways to conquer any wall he faces.  Including cancer.

"I don't want it to control my life, I would rather live it than sit around and worry about how long I'll be around,"