The company also agreed to supply $1 million worth of blood pressure medicines it produces for the counties. 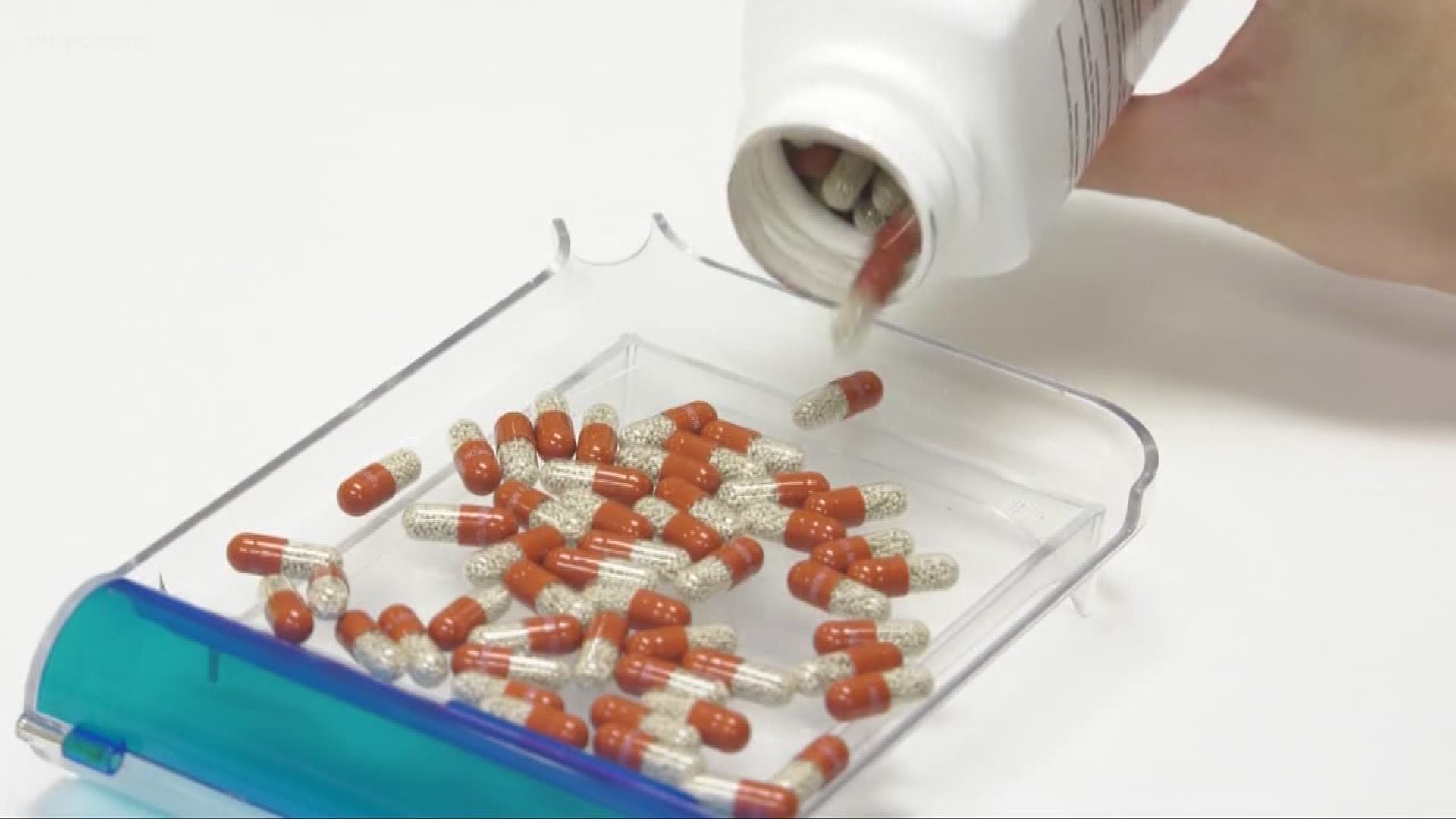 One pharmaceutical company has reached a settlement to avoid being a defendant in the first federal trial on the drug industry's accountability for a nationwide opioid crisis.

Dublin, Ireland-based Endo Pharmaceuticals announced Tuesday that it has agreed to pay the Ohio counties of Cuyahoga and Summit a total of $10 million to settle their suits, which are still scheduled to go to trial against other drugmakers and distributors Oct. 21.

As part of the deal, Endo also agreed to supply $1 million worth of blood pressure medicines it produces for the counties. The counties will determine how the settlement is divided.

The settlement came one day after the Summit County council passed a resolution to OK settlements with any companies with less than 10% of the opioid market share in the county.

Matthew Maletta, an Endo executive vice president, said it would have cost the company just $10 million in legal expenses just to go to trial.

The company admitted no wrongdoing, fault or liability related to the U.S. opioid epidemic that has led to more than 2,000 lawsuits by state, local and tribal governments, and hospitals seeking damages.

Opioids, a class of drugs that includes prescription painkillers, heroin and fentanyl, have killed more than 400,000 people in the U.S. since 2000. Governments contend that the companies downplayed the risk of the drugs and wrongfully shipped suspicious orders to spur the crisis. In recent years, illicit opioids have been responsible for most of the deaths.

With the bellwether trial for Summit and Cuyahoga counties' claims about two months away, there has been a flurry of court filings and rulings.

On Monday, Judge Dan Polster, who is overseeing most of the lawsuits, ruled that drug manufacturers and distributors had a legal obligation not to ship opioid orders that were considered suspicious.

The companies had been arguing that there was a legal requirement to report suspicious orders but not to stop them from shipping.

Polster denied an additional request from the Ohio counties to rule even before trial that defendants did not comply with the requirement, saying there were factual disputes about that.

Still, his ruling could be a major win for plaintiffs, particularly in their cases against distribution companies and the big generic drugmakers.

We are pleased to have reached an agreement in principle...the opioid lawsuit defendants, which will provide us with much needed resources to begin to address the damages caused by these dangerous products.  Any formal agreement has to be put in writing, reviewed by all parties and presented to Council for them to approve.

The Court wants to manage this process efficiently, as do we.  We’re doing everything we can to move this forward.