The Zoom Boom: Plastic surgery on the rise during COVID-19 pandemic

With so many people focusing on their face in all-day Zoom calls, surgeons are seeing more demand for cosmetic procedures 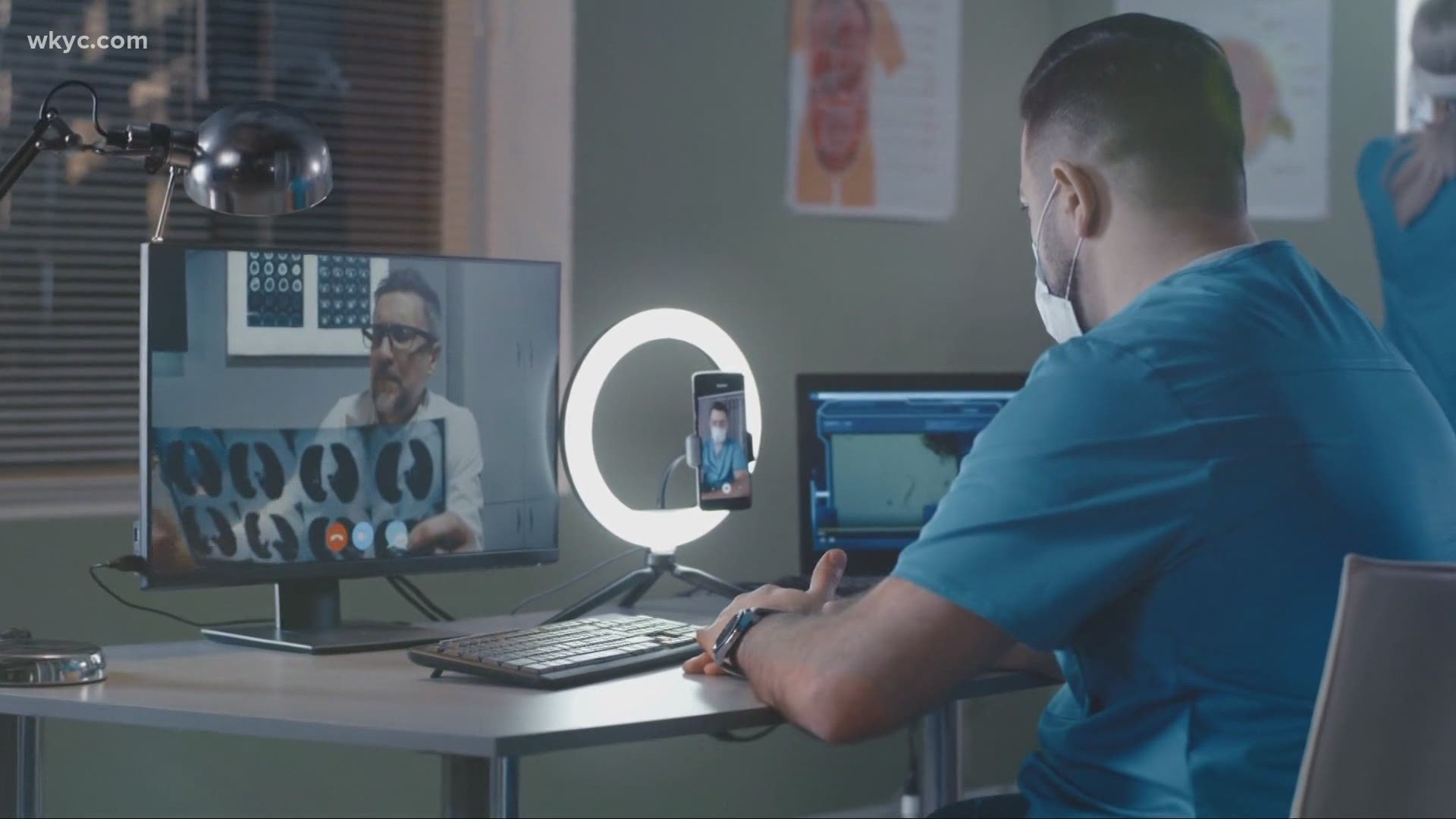 OLMSTED FALLS, Ohio — They say the camera never lies, and with so many people spending their days on Zoom calls because of the coronavirus pandemic, some wish it did.

The fact is, COVID-19 has led to a significant rise in people getting plastic surgery, a phenomenon called the Zoom boom.

Dr. Michael Wojtanowski is a surgeon at the Ohio Clinic for Aesthetic and Plastic Surgery. He says in his 40 years on the job, he's, "never seen anything quite like this."

Surgeons like Wojtanowski say that since the start of the pandemic, there's been a 60 percent increase in cosmetic procedures, much of it facial.

"When you're getting ready in the morning and you look in the mirror, that's five minutes. But when you're sitting there on a Zoom it's for prolonged periods of time," Wojtanowski said. "So when people began to notice a lot of things about their faces that they didn't really notice before."

RELATED: Out of work and uninsured? There are options for you

And masks only make the issue worse, because all you see is your forehead and eyes.

Paige Wade owns La Blanca Bridal in Olmstead Falls. When her shop cut hours and contact with customers, she used the time to get three different eye procedures with Dr. Wojtanowski to the tune of $13,000.

"Especially when they can't see me smile, they can maybe hear it in my voice, but when all they can see is my eyes, it has to reflect who actually am and not this grumpy angry person that my eyes looked like," she said.

Wade says she had to cancel a cruise because of the pandemic, and instead used the money for her surgery. She was recovered just in time for her friend's wedding.

"I look at the pictures from her wedding and I don't look angry. I look happy," Wade said. "I look like the person I used to be."

The Zoom Boom has also had the inverse effect on procedures involving other parts of the body. Wojtanowski says that at the beginning of the pandemic, tummy tucks and liposuction actually declined. But with so many people packing on pounds in isolation, he's now seeing an uptick in those procedures.

Dental work is also on the rise. Dr. Chris Theodorou from Strongsville Dental and Laser Aesthetics has seen patients dropping thousands of dollars on veneers, whitening and even new dentures. For him, there are two main reasons.

The first is simple. "Everyone was locked in. So people really wanted to do something for themselves to feel good," Theodorou says. "Because let's face it, when we do something that enhances our appearance in some way, it makes us feel good."

The other major consequence of the pandemic, Theodorou says, is teeth grinding. "[We] saw a lot of people breaking their teeth," he says, "and obviously we know why."

Both doctors say they expect the boom to continue, because Zoom is likely here to stay — so is the competition to look good.

"I'm 55 and I felt like I was looking 80, which was horrible," Wade said. "When I look at my, before pictures and I looked at my after pictures, I feel so much better." 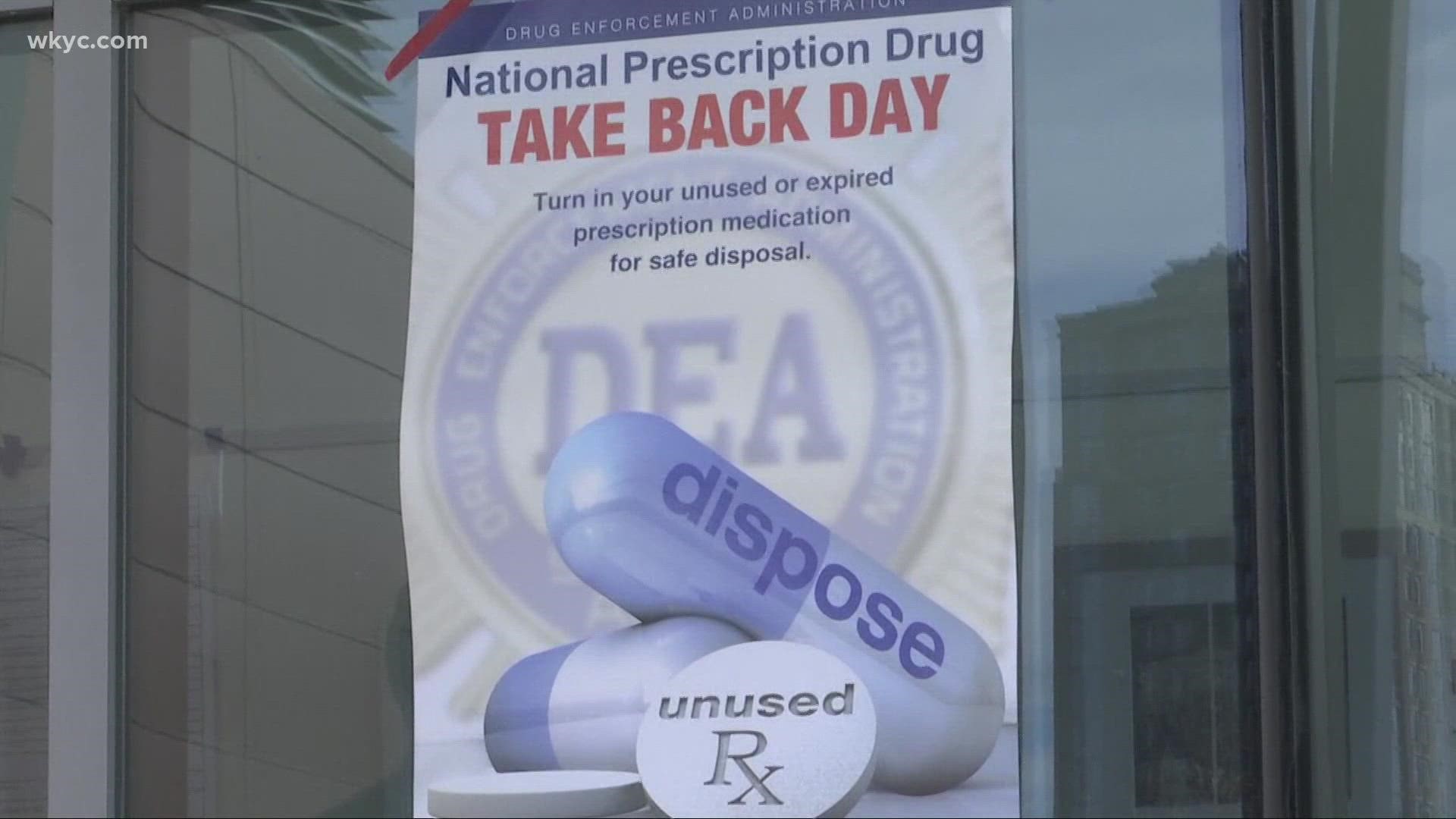 Drug Take Back Day: Prescription collection sites to be staged across Northeast Ohio Saturday for