Statistics show only 9% of pancreatic patients in all stages survive more than five years. 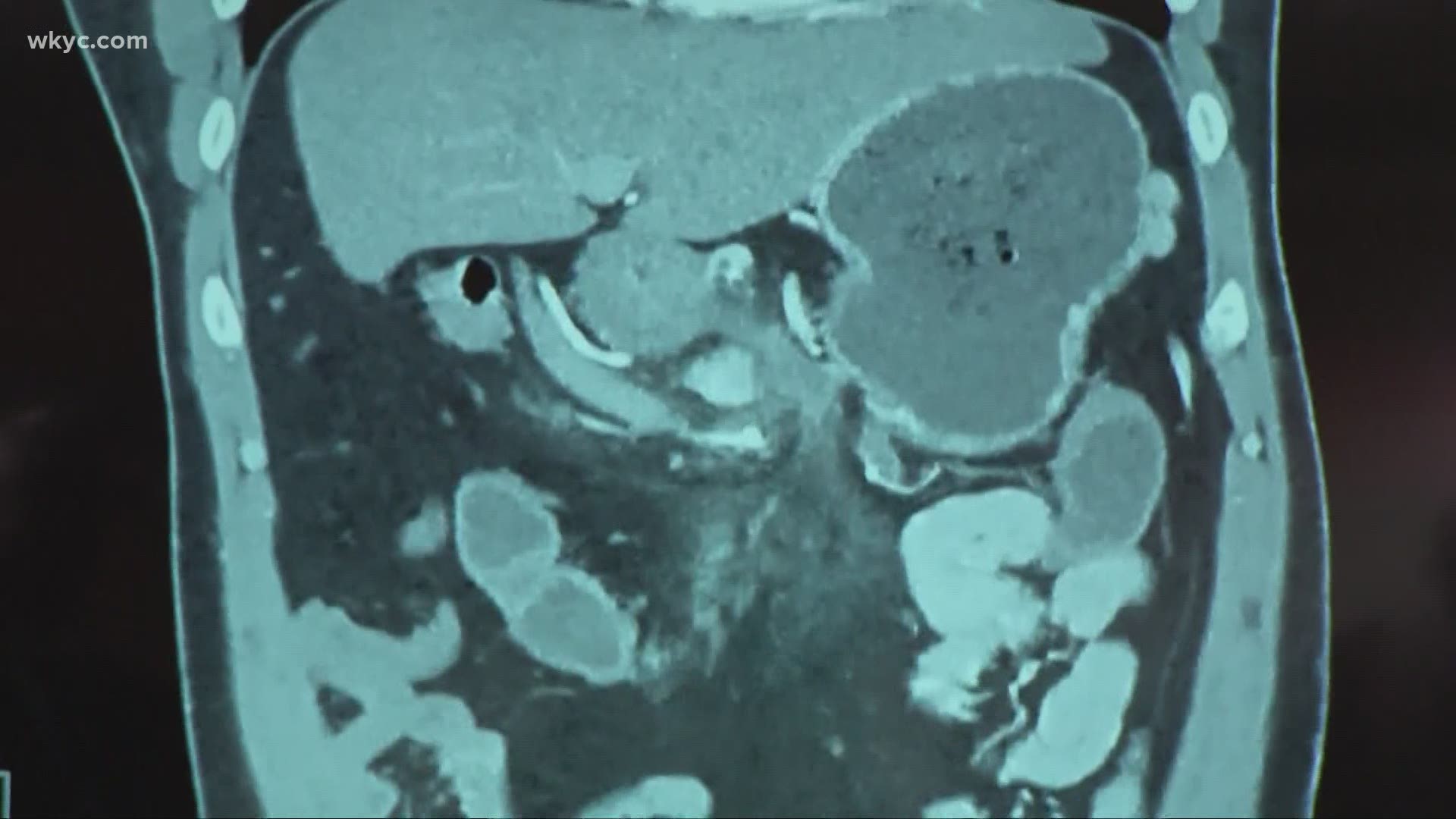 CLEVELAND — Nov. 19 is World Pancreatic Cancer Day, a form of cancer that has been brought to the forefront after the recent deaths of Jeopardy Host Alex Trebek and Supreme Court Justice Ruth Bader Ginsburg.

Research is being done to help patients who are battling pancreatic cancer. Statistics show only 9% of pancreatic patients in all stages survive more than five years.

Dan Jacobs is part of a clinical trial at University Hospitals.

"If you look at the numbers, the survival rate for pancreatic cancer, it’s not very good," Dan Jacobs, who is part of a clinical trial at University Hospitals, admitted.

The 54-year-old Jacobs says his support system includes his wife, other family members, friends, and co-workers. During the pandemic, he’s been working from home. As COVID cases rise, he is limiting things like dining inside restaurants, even if they are following safety protocols.

"It’s scary to go outside," he said. "You look at people who seem to not really care that much or think it’s a political issue, instead of it being a health issue.

"For me, it’s a matter of life and death. I have to be more cautious."

Jacobs was diagnosed with pancreatic cancer two years ago. He’s gone through surgeries, hospital stays, treatments, and so much more. Right now, he says things are going as well as can be expected.

"There’s a lot of phenomenal work being done, research being done around the world, around the country, certainly in Northeast Ohio," he says.