Ravenna mom on desperate search to find a kidney donor

41-year-old Aisha Robinson has kidney failure due to a 24-year battle with Lupus. 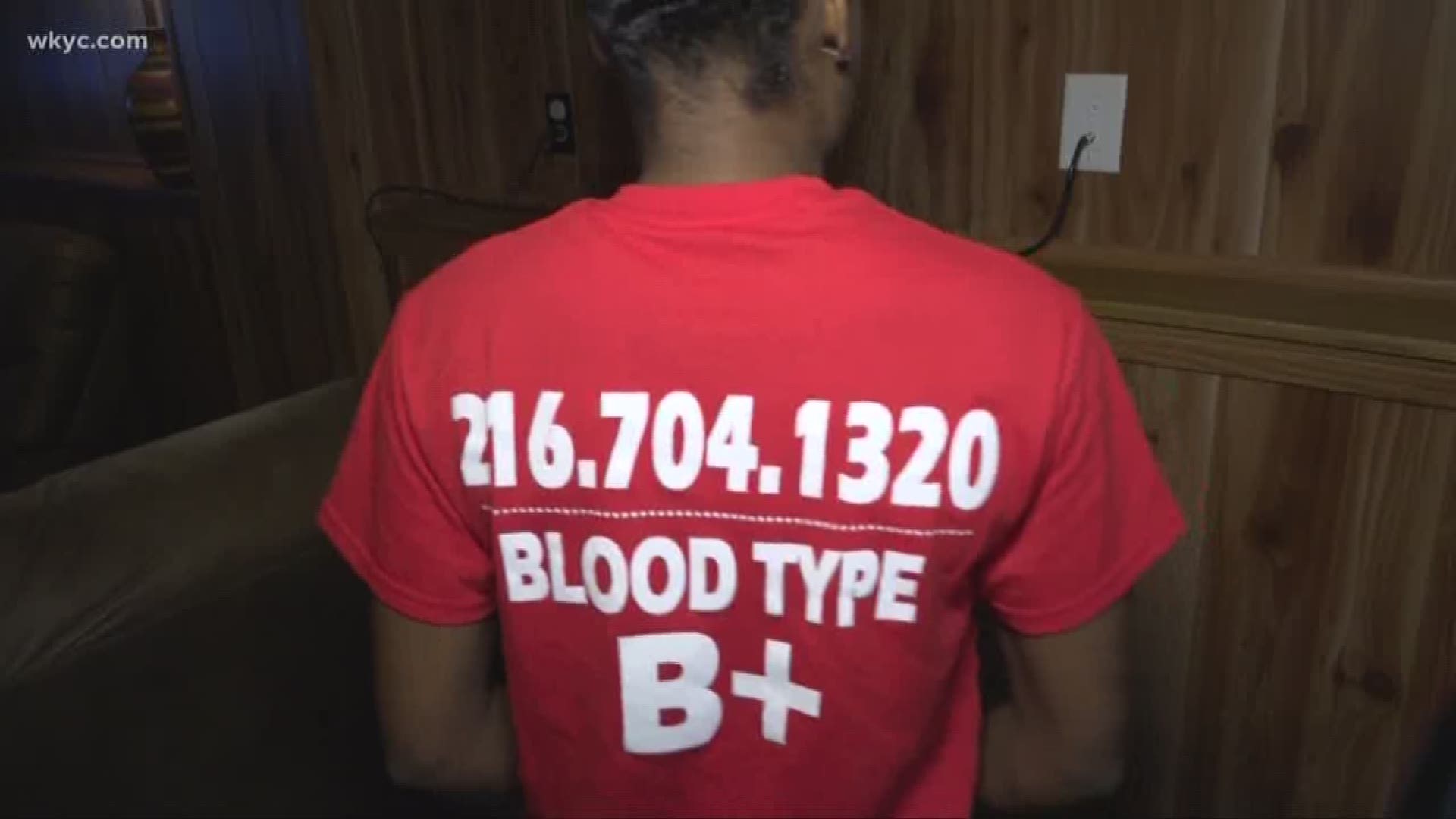 RAVENNA, Ohio — It’s a life where doctor's exams and dialysis treatments are the norm.

It’s the life of 41-year-old Aisha Robinson of Ravenna.

“I just been real sick or whatever, trying to fight because I'm starting to get really weak. The only hope I have now is to get that transplant.”

The mother of four has kidney failure due to a 24-year battle with lupus, an autoimmune disease.

“Causes of death in people with lupus, kidney problems are still one of the causes for it,” says Dr. Van Warren, who is Robinson’s long-term physician.

“I came up with the idea of making shirts because I feel like if we did these shirts it (will) go viral.”

Robinson, her family and friends wear these special red shirts everywhere. The front indicates that someone they love needs a kidney. A phone number and Robinson’s blood type are displayed on the back. Photos of people wearing the shirts are then posted online with Robinson's story.

“I seen a Facebook post that said somebody needed a kidney, and I reached out to this person. I told them I would check to see if I was a match,” says 27-year-old Heather Kent.

Kent had never met Robinson before seeing her story online.

Moved to tears by Robinson’s health struggles, Kent is now going through the screening process to see if she could be the one to save her life.

So far, 23 people -- including Kent -- have started the process to see if they are Robinson’s match.

The determination of Robinson and her family to ask complete strangers for a kidney is out of the ordinary. According to the American Transplant Foundation, more than half of all people in need of a transplant don't even ask one person because they find it awkward and imposing.

Robinson says she’ll continue her social media plea until she gets a successful transplant.

“I love the fact that people reach out to me because of the shirts,” Robinson says. “I'm just asking, if you would like to donate your kidney and save a life, come on and save my life.”

If you’re interested in seeing if you are a match for Robinson, you can email her at Bigreddrobinson39@icloud.com.