Smoking didn't kill him, but a vape battery almost did 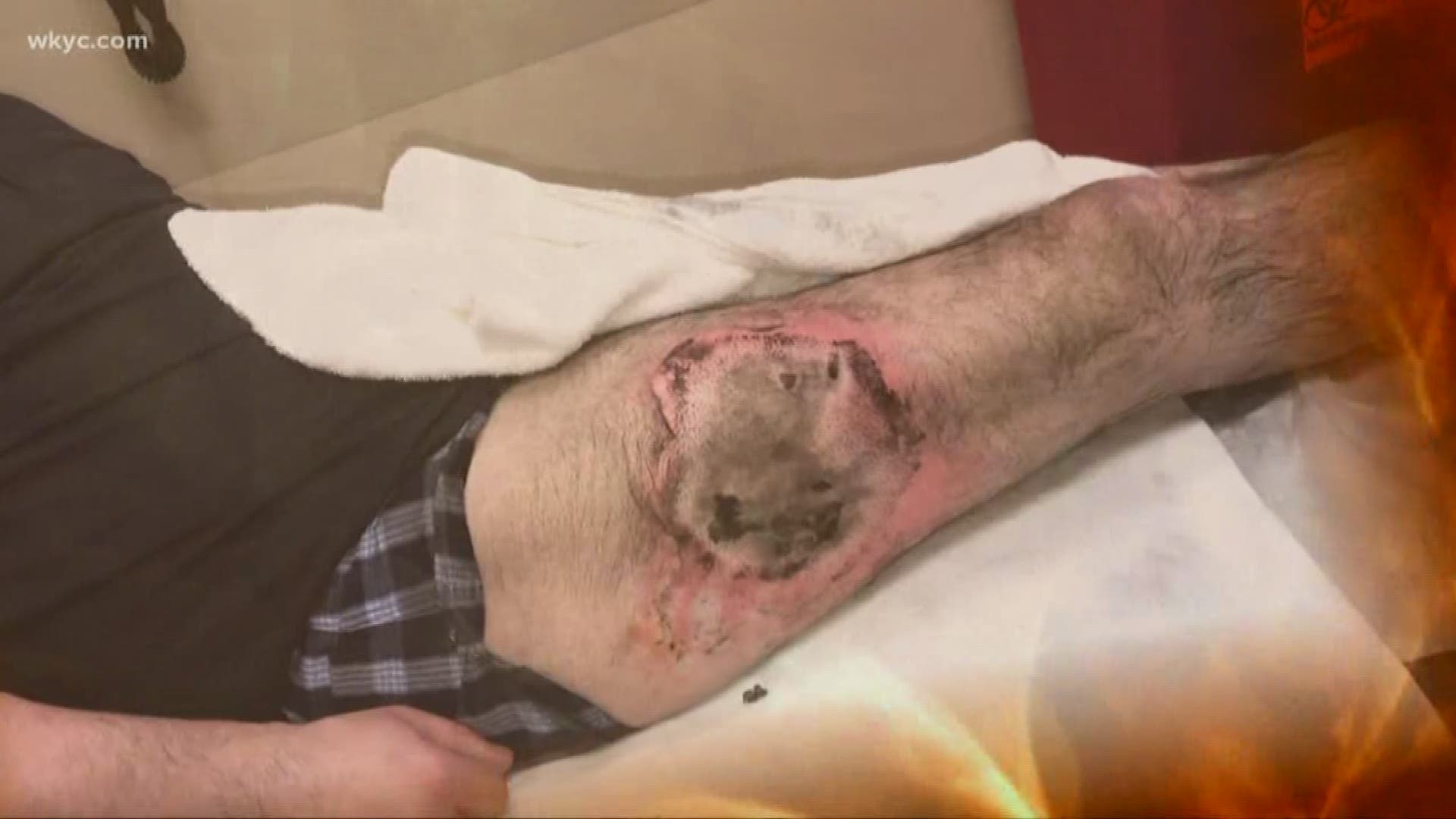 CLEVELAND — Most of the talk these days about vaping has to do with the health risks and teens who are using them. And other than viral videos, there hasn't been a whole lot of talk about exploding batteries which is happening at an alarming rate.

Thousands have suffered serious burns, some have even been killed. And remember, people aren't only using vape pens for nicotine, some are using it for medical marijuana. So, vaping isn't all about being cool.

We met one local man who was doing it to avoid all the chemicals in cigarettes. He nearly died from it.

"The pain, I never felt before," he said. "I mean, I got cut by machines, I got run over by a car, I've never seen pain like this."

It's something Harb never imagined he'd endure as one of the latest victims of an exploding vape device battery.

He took up the habit knowing smoking would eventually kill him.  So after 25 years, he made the switch, thinking it was safer.

One day last June, it almost killed him.

"Well, the battery was in my pocket, but it was cargo pants that had the side pocket and the battery was in there," he said. "And it just started flashing and then it just exploded!  And that's when I went on the floor and started just rolling."

He was treated at MetroHealth's burn unit, but is now left with permanent scars. He's suing the battery maker, LG Chem, and a local retailer, Cleveland Vape.

"It's expected that the vape industry is going to grow to thirty-two billion dollars in the next couple of years," Merriman said. "More and more people are turning to it, but there's no one regulating it."

That's despite recent incidents, including deaths. A study released last year showed more than 2,000 visits to U.S. emergency rooms from 2015 to 2017 for e-cigarette burns and explosion related injuries.

Just three months before Harb's experience, a Nevada teen wound up with a shattered jaw and lost several teeth when a device exploded in his mouth.

Harb wants the public to know this could happen to anyone, but they might not escape with their life as he did.

"Imagine if I wasn't home and this took on fire and burned the house with pets, with my kids," he said. "They need to be held accountable for this. They can't put stuff on the street like that."

We reached out to Cleveland Vape for comment. They told us by phone, "At this time we have no comment."

We sent a copy of the complaint to LG Chem by email in South Korea, and asked for comment as well.

Wonjae Yoo from the LG Chem PR team replied and told us:

"Based on our internal investigation, this complaint has not yet received to LG Chem officially. ...Unfortunately, We couldn't give you any words since any relevance of the fact has not been identified against this case. As we told you, this complaint is not delivered to us."