The Head, the Heart and the Holidays: Tackling substance abuse

While overdose deaths are setting records in Cuyahoga County right now, they're also leading to other deadly consequences not directly from the drugs. 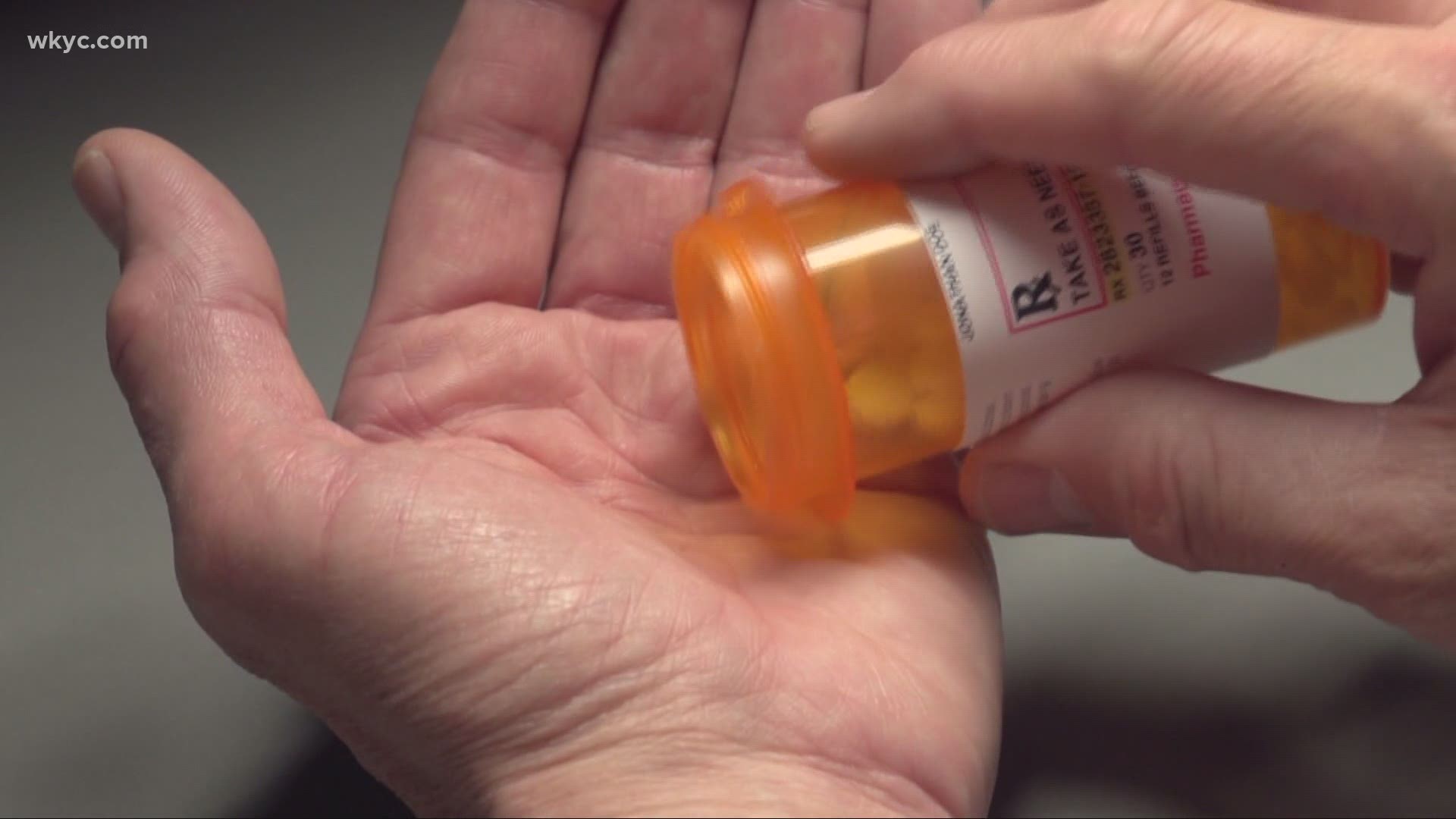 CLEVELAND — It's the pandemic, behind the pandemic -- the rising case numbers, not reported daily.

"Most people don't realize, that alcohol is a depressant. Maybe one drink kind of lets you loose a little bit, but you try three, four, five, and what we see in the emergency room, is depression," says Dr. Leslie Koblentz, Chief Medical Officer at the Alcohol, Drug Addiction and Mental Health Board of Cuyahoga County.

This year is on pace to be the third deadliest overdose year ever in Cuyahoga County, with more than 600 projected lives lost, according to the county Medical Examiner's Office.

And those who don't die from the drug use, could lose their life from something else.

"The problem with drugs and alcohol, is it makes suicide such a very, spontaneous type of issue," Dr. Koblentz says.

Suicide attempts are down for 2020, but more recently the ADAMHS board is seeing an uptick in ER visits for non-fatal suicide attempts. Dr. Koblentz says the pandemic and seasonal depression are aiding in that.

There are warning signs to look for, but sometimes you have to be hyper vigilant. In kids, Dr. Koblentz says they often share more on social media that detail their thoughts than they will in sharing with parents or even close friends. Monitoring that activity is important.

In adults, and in anyone else, just reaching out to a friend in need is so important.

"Look around, if you see somebody that looks like they're in stress or in trouble, I would not be afraid to speak out. This is not an area that you afford to just keep it to yourself and hope that person will get better."