In a scathing 79-page motion, Dr. Andrew Bhatnager says UH, attorneys concealed report that the tanks were a "mistake" that led to disaster 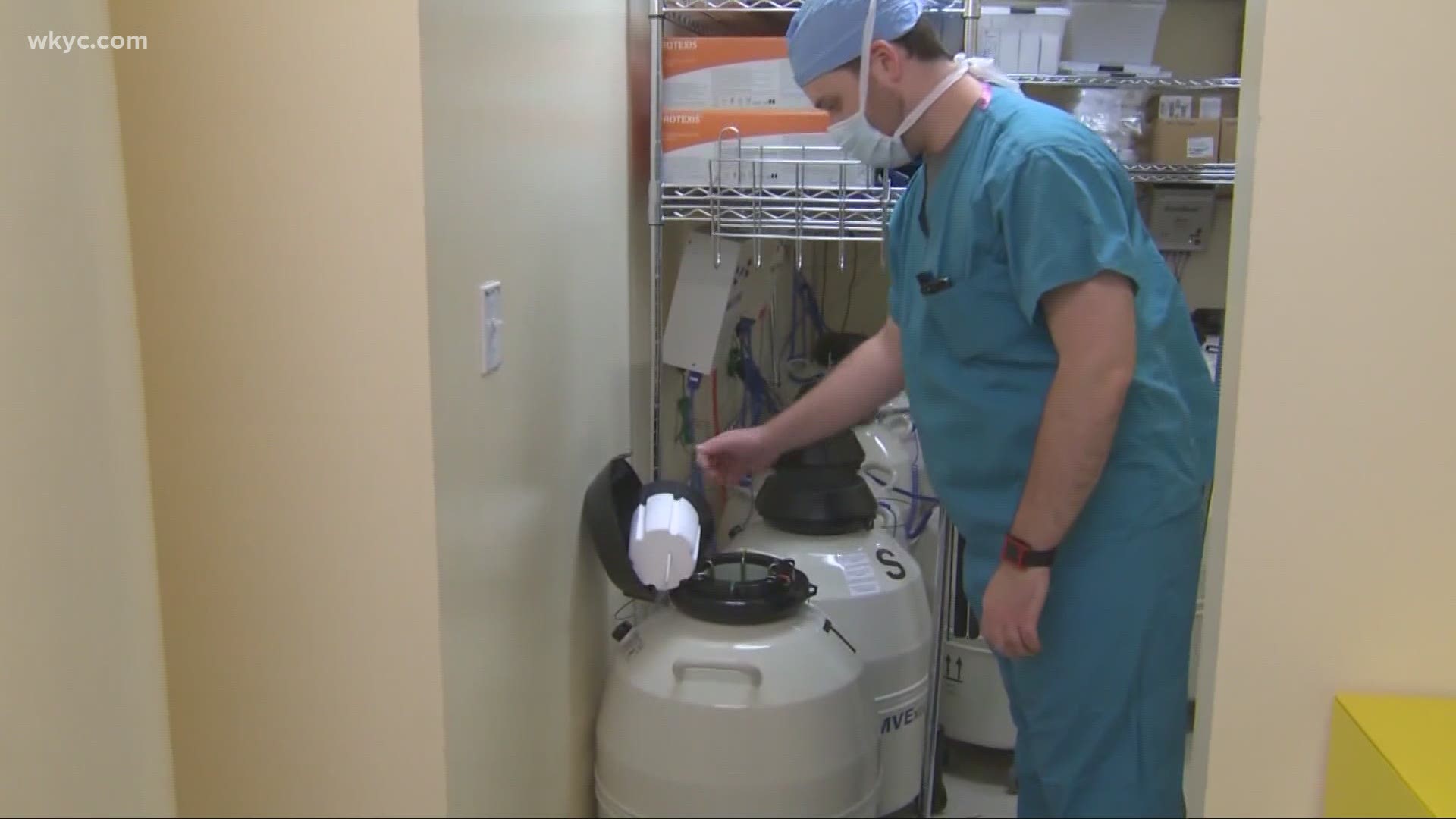 University Hospitals and its attorneys coerced its fertility clinic director to mislead and deceive the public on the events leading to the 2018 storage tank disaster that destroyed thousands of embryos and eggs, court records allege.

The scathing allegations, which include claims of criminal conduct, deception by UH officials and the destruction of evidence, are laid out in a 79-page motion filed by Dr. Andrew Bhatnager this week in connection with the ongoing litigation.

A UH spokesman on Friday wrote in a statement denying the allegations being made by Bhatnager.

The statement read: “Dr. Bhatnager and his new legal counsel have chosen to file a motion in which they make a number of false and misleading statements. Because this filing violates a number of legal orders and ethical principles, we will continue to respond to their mischaracterizations in court through the appropriate legal process.”

In court papers filed this week in Geauga County Common Pleas Court by his attorney Subodh Chandra, Bhatnager contends he’s been made the scapegoat for the disaster and that UH attorneys, who also represented him in the myriad lawsuits, forced him to “toe the company line” and conceal what he says was the true cause of the disaster.

"Dr. Bhatnager is determined to ensure that patient-victims of the UH fertility-lab disaster, at long last, know the truth about what happened. With his filing, he is doing just that," Chandra told 3News Investigates on Friday.

UH has blamed human error for the tank malfunction, which caused temperatures to rise, thus destroying the embryos and eggs stored at UH by women trying to become pregnant.

The failure at the UH fertility clinic caused storage tank temperatures to rise, destroying in the process over 4,000 eggs and embryos belonging to about 1,000 patients.

Lawsuits and settlements with hundreds of patients have followed.

UH says the final case is in Geauga County Common Pleas Court where Bhatnager’s letter and motions for a new attorney were filed earlier this month.

Bhatnager says attorneys at Tucker Ellis “betrayed him and have committed serious ethical misconduct that is potentially criminal in nature.”

He says a report on the tanks was edited and emails destroyed that would show the tanks were inferior quality bound to fail.

The motion claims “one attorney…directed a material witness to destroy documentary evidence that would have helped exonerate Dr. Bhatnager personally and undercut UH’s litigation position..”

Bhatnager said his career has been ruined by UH’s failures.

“UH’s use of a vapor cryogenic tank was a mistake because those tanks were unreliable and have been disbarred elsewhere in the United Kingdom,” his attorney wrote in the motion.

“That’s exactly what Dr. Bhatnager had been warning UH officials, to no avail.”

The motion alleges UH lawyers “pressured, intimidated, and coached [Bhatnager] to withhold key details about what really happened, even though they well knew that the truth coming out would fully exonerate him and restore his professional reputation.”

UH attorneys “repeatedly ignored his grave concerns about the harm to his reputation….to propagate misinformation about what caused the disaster..”

The motion claims Tucker Ellis attorneys, “manipulated and intimidated Dr. Bhatnager to toe the company line, repeatedly threatening that he would lose indemnification and defense if he did not tell the story that they wished.”

This effort included “withholding information during his …deposition testimony.”

Bhatnager further says UH was forcing him to tell the “false and misleading story that UH was perpetuating…in an effort to protect UH from greater liability.”

The threats “intimidated him into remaining silent despite the truth.”

A report and email about the tank serves as a major point of Bhatnager’s motion.

He contends that at UH attorney Ed Taber’s insistence, a doctor deleted an email he sent to UH officials.

These actions, the motion says, is evidence of a “continued cover up perpetuated by UH and its lawyers at Tucker Ellis, the directing of the destruction of evidence and the appalling litigation tactics to attack patient privacy…”

Bhatnager is being made “the scapegoat for this tank disaster when he did everything in his power to protect patients and their embryos and eggs, but was defied by lab staff and overruled by the medical director.”

In an affidavit attached to the motion, Bhatnager says he’s “anguished at the thought that patients …don’t know the truth about what happened.”

He goes on to say UH “failed in its responsibilities to ensure the safety of the eggs and embryos” resulting in the “most devastating …lab accidents in the history of [in-vitro fertilization].”

Staffing was inadequate “promoting a culture of inefficiency and incompetence…”

He concluded that UH was “callous in their disregard for the patients whose tissues were stored in the tank.”