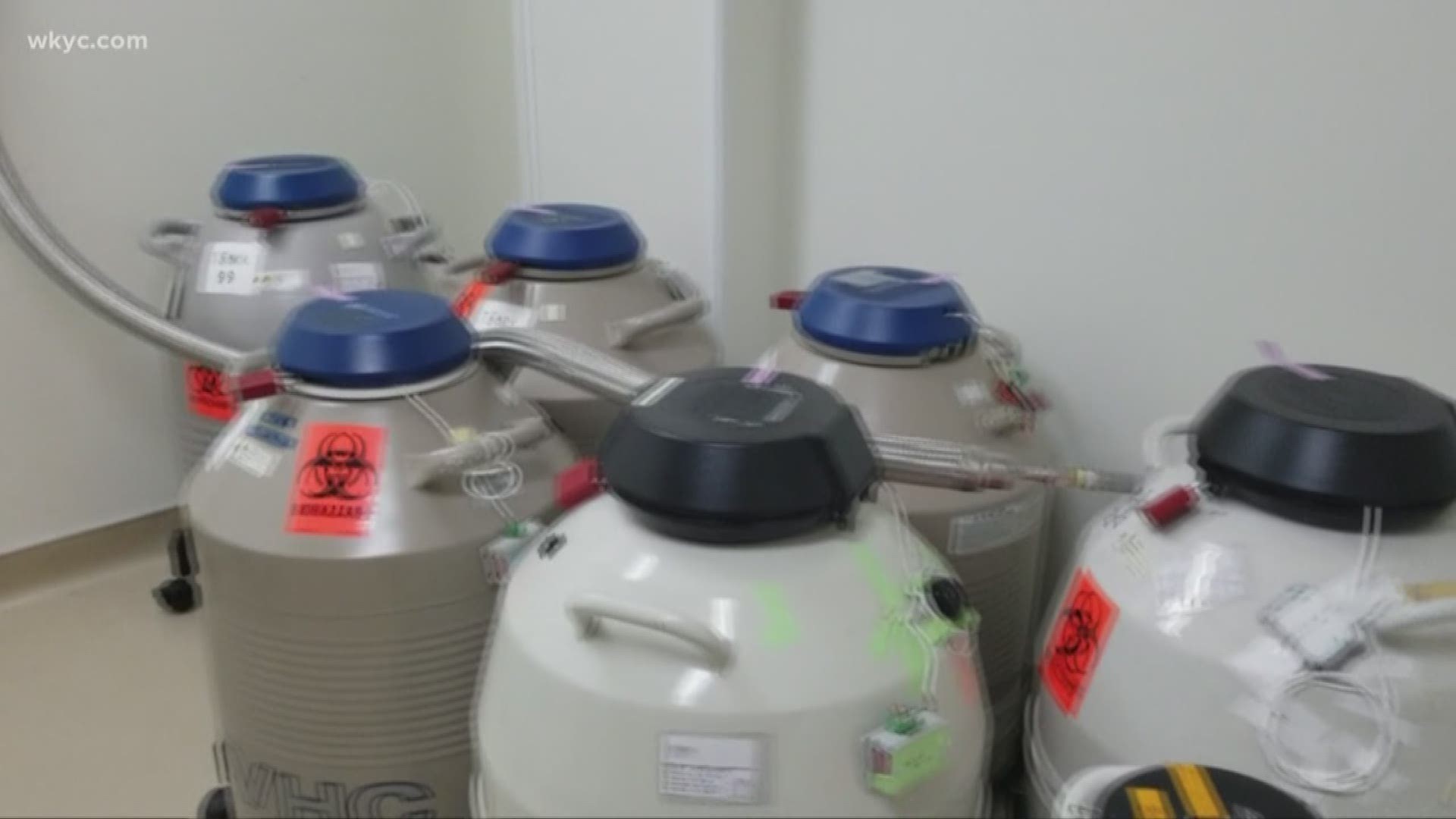 Cleveland -- When nearly 4,000 eggs and embryos were compromised in that massive fertility clinic failure at University Hospitals earlier this year -- hundreds of families lost their best chance at having kids.

Around that same time Dr. Zev Williams of the Columbia University Fertility Center in New York set out on a path to try and fix the malfunction that cost so many couples their only crack at children.

He may have found that fix.

This week Williams, head of the Division of Reproductive Endocrinology & Infertility at Columbia University Medical Center in New York, revealed a new process that sends earlier and more frequent warning signs before a tank begins to warm.

Eggs and embryos are kept in tanks that are kept cold by liquid nitrogen. Alarms inside the tanks alert hospitals and clinics when the liquid nitrogen is gone and the tank temperatures are soon to rise.

"At that point, you are rushing against time," Williams tells WKYC.

He and a team of engineers and programmers and doctors have devised a way to constantly monitor the weight of the tanks. As the liquid nitrogen evaporates, the tanks get lighter. Lighter tanks mean less liquid nitrogen – and tanks that may warm soon, or need attention.

"The solution, which in many ways is pretty simple, is to continuously monitor the weight of the tanks," Williams says.

In some of their test trials, alarms would go off about a tank's weight -- giving teams, in some cases, thirty days’ time to ensure the cooling mechanisms are where they need to be.

"The reality is, for something as critical as this: one failure is one too many," Williams said.

His team at Columbia University released details of their finding this week. And while it doesn't yet have a name, its origin was the malfunction at University Hospitals in Beachwood.

"This was a result of that," Williams said. "Our goal is to make tank failure as impossible as possible."