"It helped me think that I don't have to be in a wheelchair forever.” 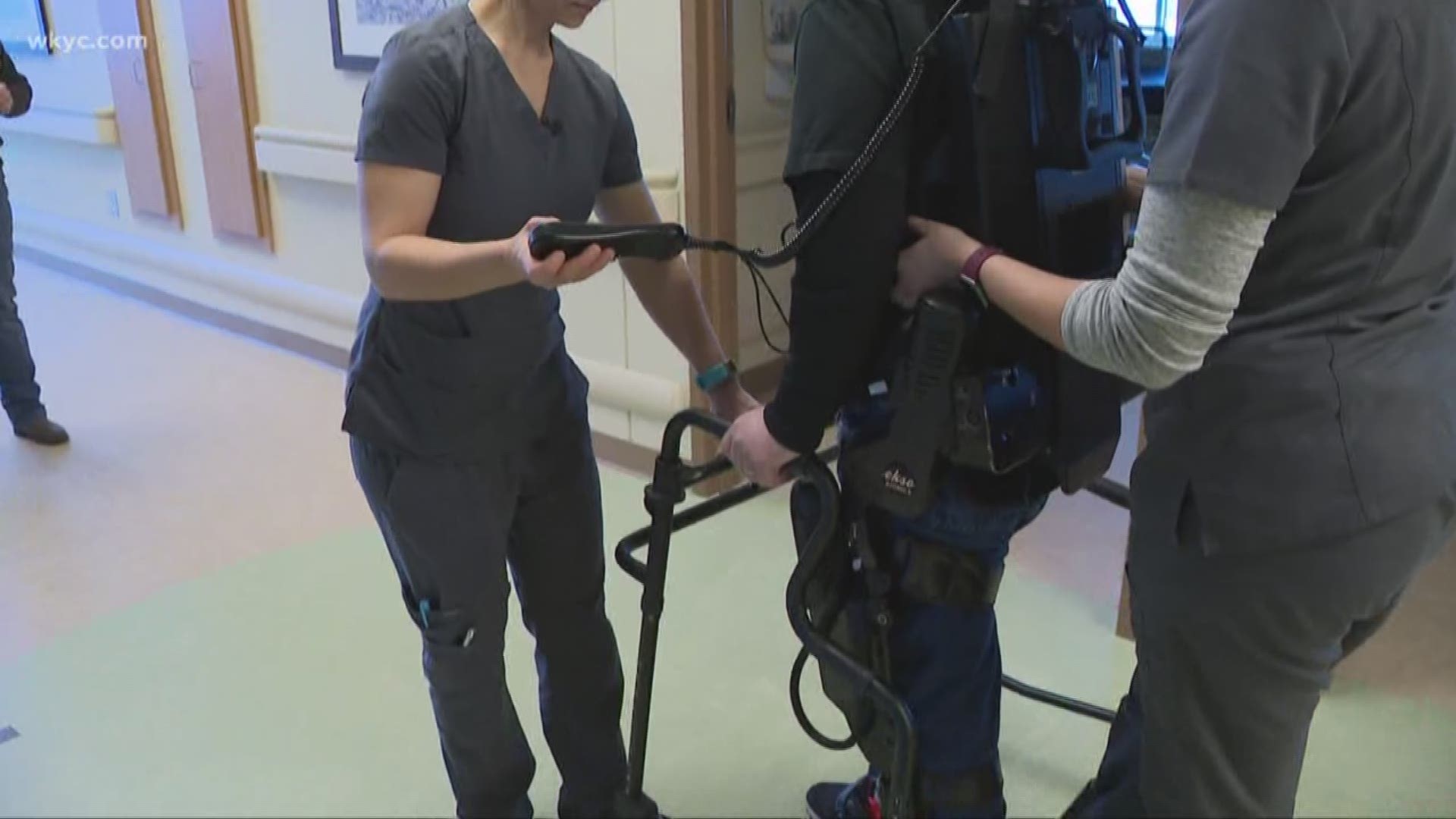 AVON, Ohio — As many as 500,000 Americans have a spinal cord injury every year. 15 million suffer strokes.

There's a new way patients are getting better, literally taking steps toward their recovery.

It's a ready-to-wear, battery-powered bionic suit -- commonly referred to as an exoskeleton -- that is strapped over the patient's clothing. The device transfers its 50 lb. load directly to the ground, so you don't bear the weight.

John McKitrick of Amherst had to relearn to walk after two debilitating strokes last year. After surviving emergency brain surgery he came to the University Hospitals Rehabilitation Hospital in Avon where he met “Arthur.” That’s the nickname for the bionic body robot that's getting him on his feet.

“It made you feel like there was hope and it helped me think that I don't have to be in a wheelchair forever,” John says. 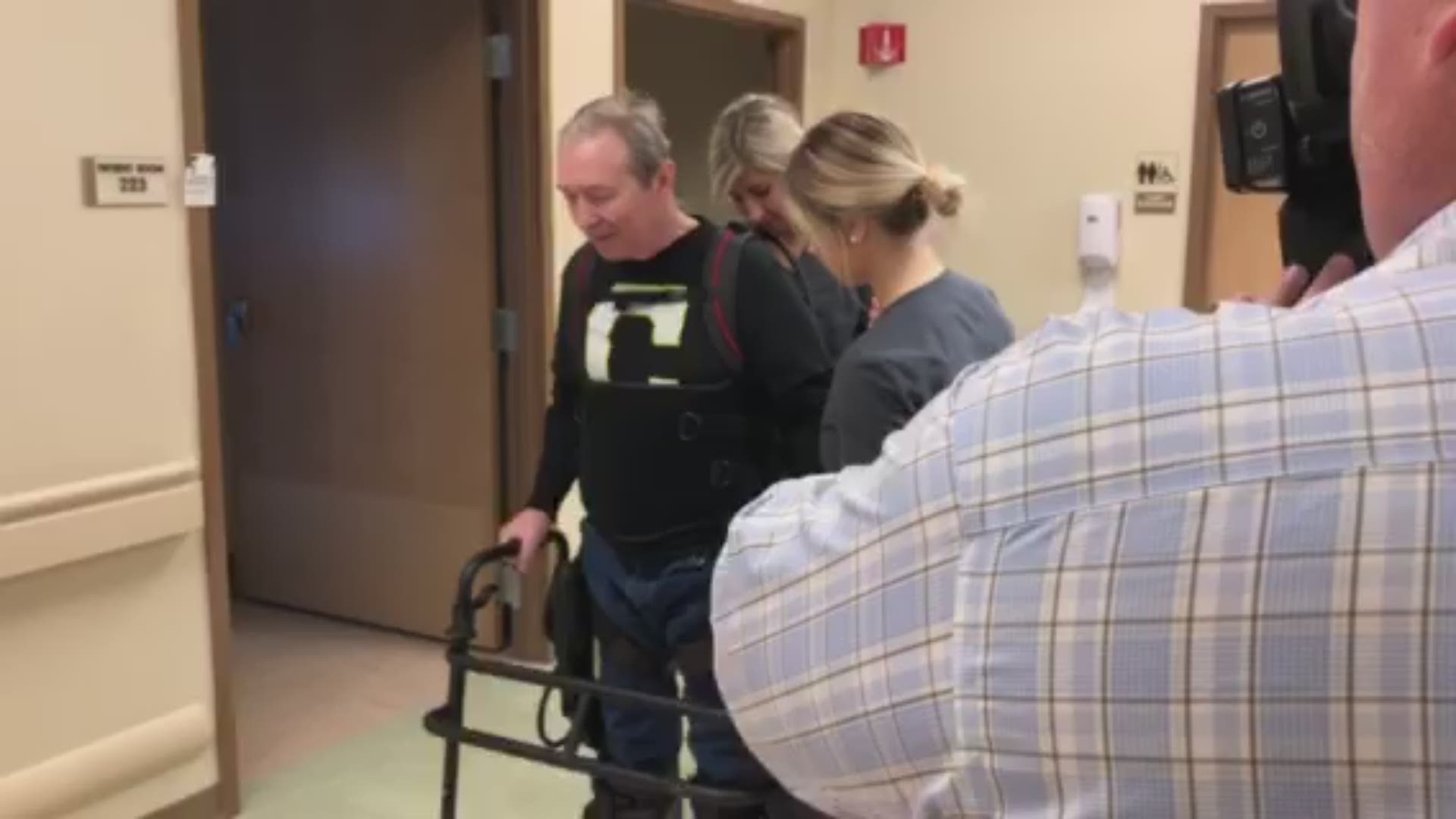 UH has used the $150,000 exoskeleton made by Ekso Bionics for the last eight months and noticed remarkable improvements in about twenty of the patients who’ve used it so far.

“There have been clinical trials that have shown that it helps with both patient's balance initially and then as far as when they start walking it helps how fast they can walk,” says Dr. Christopher Parnell D.O. UH Rehab hospital Medical Director.

What the device doesn’t do is replace the work of the physical therapists.

“Assistive technology helps them be more efficient and accomplish the patient's rehab goals in a more rapid period of time,” Dr. Parnell says.

“Just being vertical. being upright is such a confidence and humility thing for these people just to be at eye level with somebody without someone holding them up with all their force,” she said.

For John, it's a game changer.

“There is a future for people who've had spinal injuries and brain injuries and maybe with some advancement in technology it will help them feel a little more normal,” John said.

About 60% of patients at the Avon Rehab hospital are there for neurologic problems. From stroke recovery, to traumatic brain injury, to car accident victims. But the device may also be able to help Parkinson’s and Multiple Sclerosis patients, too. Those who are ideal candidates for the device are stroke patients and those with incomplete spinal cord injuries. Patients that still have some sensation or movement ability in their legs.

The device is specially fitted to each patient and even though it weighs 50 pounds, the patient doesn't feel it. Also the robot understands the patient's needs and limitations.

“The first few times I used it, I tried to force it to do what I wanted to do but that's not how it works you have to relax and let it work the way it's supposed to work,” John said.