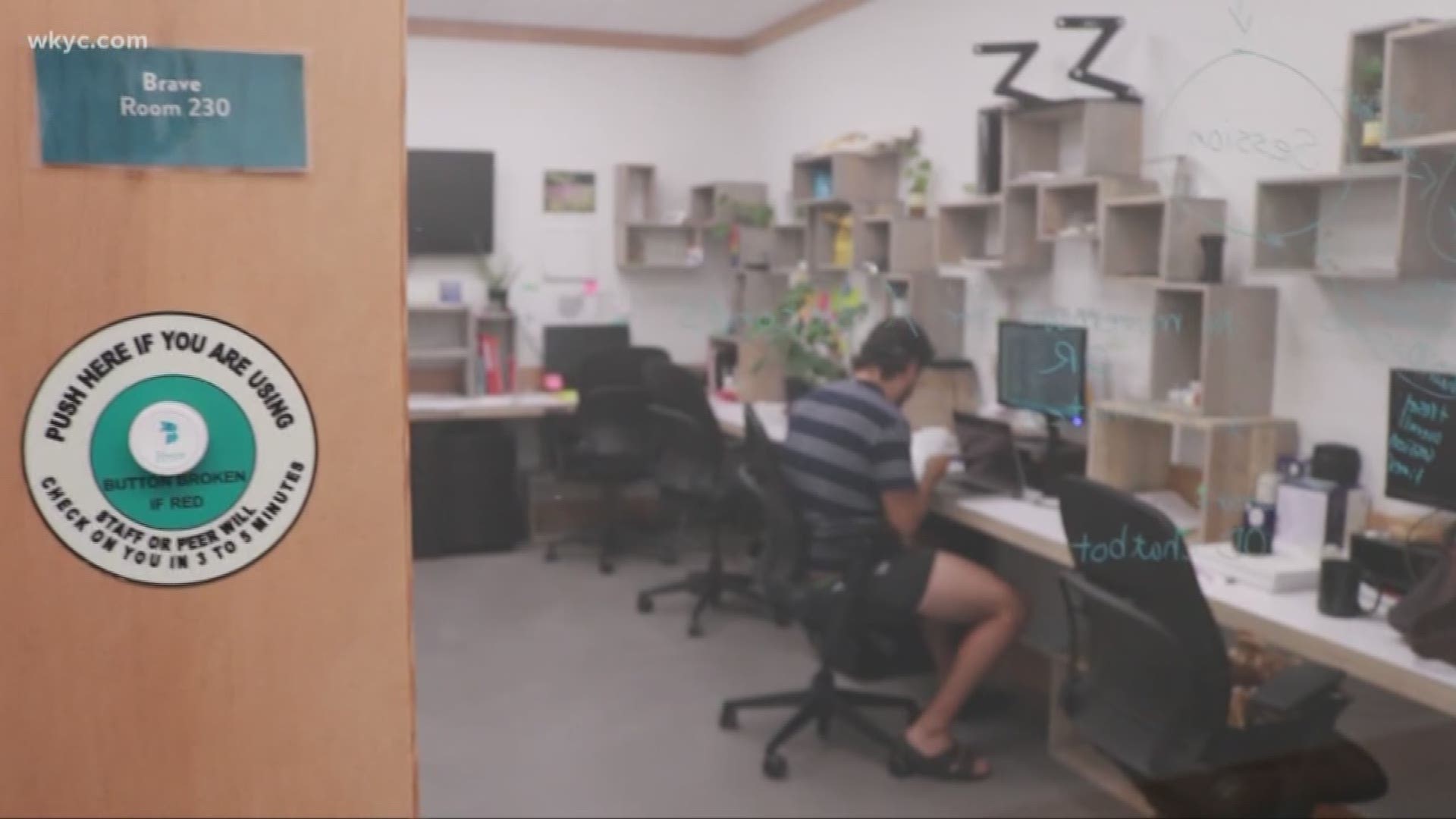 In an effort to save lives during the past year, innovators from around the world have been working to advance new technologies to help solve this global problem as participants in the Ohio Opioid Technology Challenge.

The Ohio Opioid Technology Challenge launched in October 2017 with an $8 million commitment to advance new ideas in the battle against opioid drug abuse and addiction. Companies have been competing in the challenge, a partnership between Ohio Third Frontier and global science and technology network Nine Sigma. In September 2018, 12 finalists were awarded $200,000 to further develop their innovations, with today’s $1 million prize winners chosen from among that group.

Learn more about the winners below:

The team at UH developed an app, UH Care Continues, intended to prevent abuse and addiction and overdoses related to opioids. The app streamlines workflows and interventions to ensure that care is provided at the right time, place and cost, creating a “safety net” as patients transition from hospitals back into their communities. The hospital makes its network of resources available to patients’ needs. Since its introduction, University Hospitals estimates that it has kept 12,000 opioid pills out of the community in eight months.

By the end of 2019, a new Ohio company will be formed to support the commercialization of UH Care Continues. UH is also working with Bush Consulting, its Ohio-based partner, to replicate the immediate impact on the opioid crisis they’ve been able to achieve within the UH health system to other Ohio-based health systems and hospitals.

Launched in 2015, the Vancouver company is developing the Brave Button, a device that can be installed in the home of a person struggling with addiction or opioid use. When activated, the quarter-sized button immediately requests supervision or support in response to opioid overdose or other emergency situations. The Brave Button aims to reduce overdoses and deaths from opioid use by providing a safe and trusted way to ask for help.

Brave has opened an office in Columbus, is working in Franklin and Hamilton counties, and is partnering with Franklin County’s Justice Policy and Programs. The company is installing buttons for those at risk in supportive housing and providing access to its app for those leaving incarceration. Through this Challenge, Brave has found a critical need and looks forward to continuing its work in Ohio.

The team wants to help recovering opioid patients by providing positive resources and rewarding healthy behavior. Through their mobile app, DynamiCare facilitates testing, medical support, scheduling and more. Patients are scheduled for breath or saliva tests and self-administer and submit them through the app over selfie video. They can keep track of appointments and records through the app and are financially rewarded on a smart debit card for keeping medical or mental-health appointments and achieving milestones. The program can be used for recovery from drugs and opioids, alcohol or tobacco.

DynamiCare Health launched its first Ohio-based implementation at BrightView, the largest addiction treatment system in the state. The company is already working on expanding DynamiCare to BrightView's Toledo site and plans to scale through BrightView and partnerships with other healthcare providers. This Challenge has given DynamiCare Health strong and continuing momentum in the state of Ohio.

Prapela focused on newborns born with opioid addiction. These newborns suffer from a racing heart rate and breathing problems, and continue to suffer from physical and neurodevelopmental disorders when they return home from the hospital. The company developed the Stochastic Vibrotactile Stimulation (SVS), a small mattress that generates a gentle, random vibration that replaces rapid breathing and irregular heart rates.

The treatment is non habit-forming and doesn’t disrupt sleep schedules of the babies. Since starting in a barn two years ago, the project has moved into Boston’s Johnson & Johnson Innovation Center, secured patents and won awards from the National Institutes of Health, FDA and multiple children’s hospitals.

Prapela plans to deploy its solution by partnering with Ohio hospitals and organizations that recently completed a statewide quality improvement initiative for opioid-exposed newborns. Over the next two years, the company will complete two research studies and a statewide pilot program, offering the 52 participating Ohio hospitals free SVS pads for their bassinets. The award from Ohio makes all of this possible.