She fought for an 'Alzheimer's Stamp' to honor her husband. Now, it's raised $1 Million 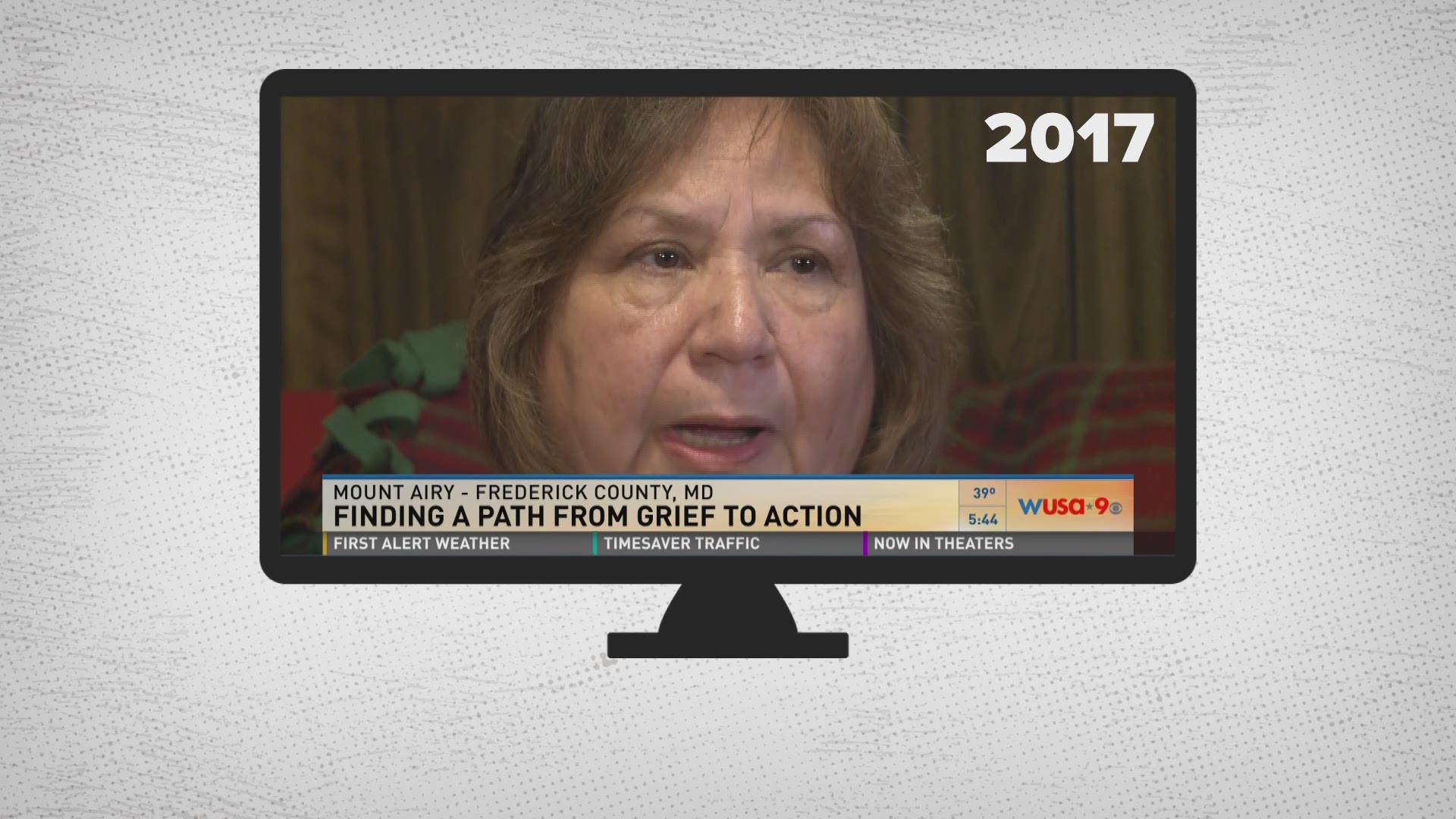 MT AIRY, Md. — Kathy Siggins has experienced more than her fair share of heartbreak. For more than a decade, she watched her husband Gene slip away, as he suffered through Alzheimer's.

"I didn’t know what was happening," she said. "I just didn’t understand why he wasn’t able to do the things he used to."

In 1999, Gene passed away from the disease. Siggins wanted to find a way to honor him. That's when she thought of the stamp.

After seeing the success of the breast cancer stamp, which raised millions, she decided she wanted to establish an Alzheimer's stamp to do the same.

Credit: USPS
USPS has sold more than 7.7 million of these stamps, raising more than $1 Million for Alzheimer's research

After many years of fighting, Siggins was successful in 2017, getting the stamp on the market for two years. With Saturday marking the end of this period, WUSA9 checked in on the numbers.

As of the end of October, USPS sold 7.7 million stamps, raising more than $1 million.

Siggins has now made it her goal to keep these stamps on the market, and she's been lobbying Congress to make it happen.

There's currently a bill proposed in both chambers, which is gaining bipartisan support. In the House, there are 142 co-sponsors, including 94 Democrats and 48 Republicans.

In the Senate, the bill has 27 co-sponsors, with 18 Democrats and 9 Republicans.

“This is a bipartisan issue," she said. "It doesn’t care if you’re a Republican or a Democrat. We have to come together. Red and Blue make purple.”

Other lawmakers meanwhile are taking another approach, using the budget process instead. The late-Rep. Elijah Cummings is the one who first pushed for language in the proposed appropriations bill 2020, that would mandate that these stamps remain on sale, so long as they've already been printed.

This language would be a big deal, said Siggins.

Approximately 500 million stamps have currently been printed, meaning this appropriations bill would likely keep the stamp available for decades to come.

Credit: Kathy Siggins
Kathy Siggins posed with her longtime husband Gene, before he passed away from Alzheimer's in 1999.

As for what motivates Siggins, she said it's all about honoring the legacy of her husband, Gene.

RELATED: Scientists close in on blood test for Alzheimer's