After surviving a self-inflicted gunshot wound, Katie Stubblefield became the youngest person to receive a face transplant in US history. The procedure was done at the Cleveland Clinic. 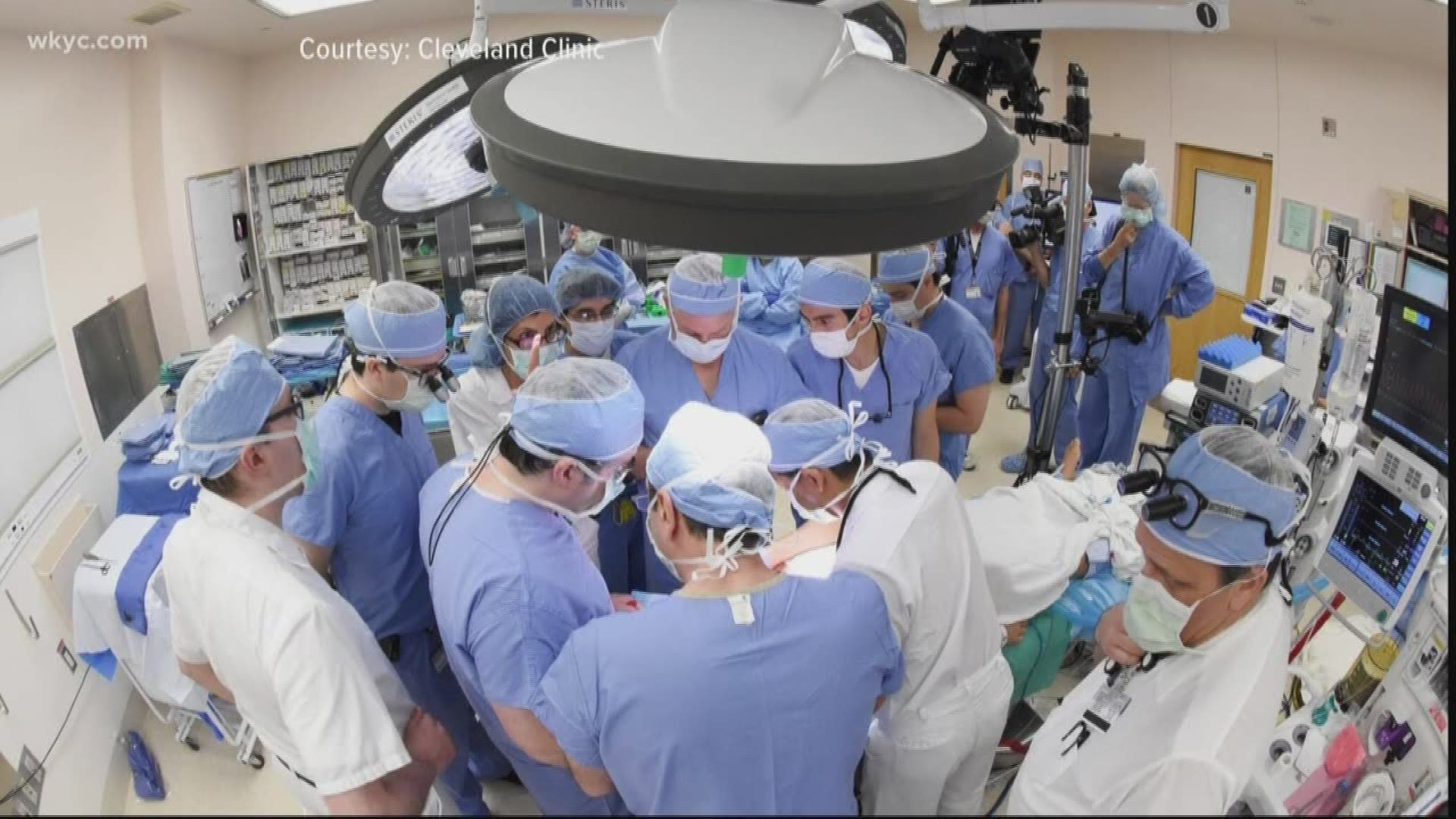 After a 31-hour procedure, Katie Stubblefield emerged from an operation room last year with a new face and new possibilities. Now she's sharing her story with the world.

Stubblefield survived a self-inflicted gunshot wound at age 18. Three years later, she became the youngest person to receive a face transplant in United States history. Her surgery was funded by the Department of Defense as part of an initiative to research treatments for soldiers with wounds like the one she survived.

A photograph of Stubblefield, taken after her injury and before the transplant, appears on the cover of National Geographic's September issue. "The Story of A Face" shares the journey before and after the young woman's surgery and her hope for the future.

"So many people have helped me," Stubblefield, who hopes to speak on suicide prevention, told the magazine. "Now I want to help other people."

Before her suicide attempt, as Stubblefield told writer Joanna Connors, she never saw herself as beautiful. After a barrage of hardships — chronic gastrointestinal issues, the loss of her mother's job, a painful breakup — Stubblefield in March 2014 placed her brother's .308-caliber rifle beneath her chin and fired, according to the magazine.

She lost her nose and parts of her mouth and forehead, but she survived. In two years, she found herself on a waiting list for a face transplant, CNN reported, and in 2017 a match was found: Stubblefield would receive the face of Adrea Schneider, a 31-year-old organ donor.

Specialists at the Cleveland Clinic transplanted the scalp, forehead, eyelids and nose as well as parts of her cheeks, jaw, muscle, teeth and more, the hospital explained in a report, "effectively replacing 100 percent of the patient’s facial tissue."

It was the first total face transplant for the hospital, which became the first in the U.S. to perform a face transplant of any kind 2008. Stubblefield is the 40th known person in the world known to receive a new face, according to National Geographic.

The hospital declined to identify Stubblefield after the surgery last year, but released a statement from the transplant recipient.

"To call my surgeons, physicians, nurses and caregivers ‘world class’ would be an understatement," she said. "And to my donor and her family — words cannot express the appreciation I have for this incredible gift."

Katie and her parents have been living at Cleveland's Ronald McDonald House for the last four years, the longest residents in the facility's history.

The family sold everything they had in Mississippi to move to Cleveland for Katie’s care. They’re now hoping to raise funds to get back on their feet independently.

To learn how to become an organ donor: Click here