Your breathing problems may actually be caused by your stomach, not asthma

Senior health correspondent Monica Robins reports on a common misdiagnosis and a new approach to clearing the air. 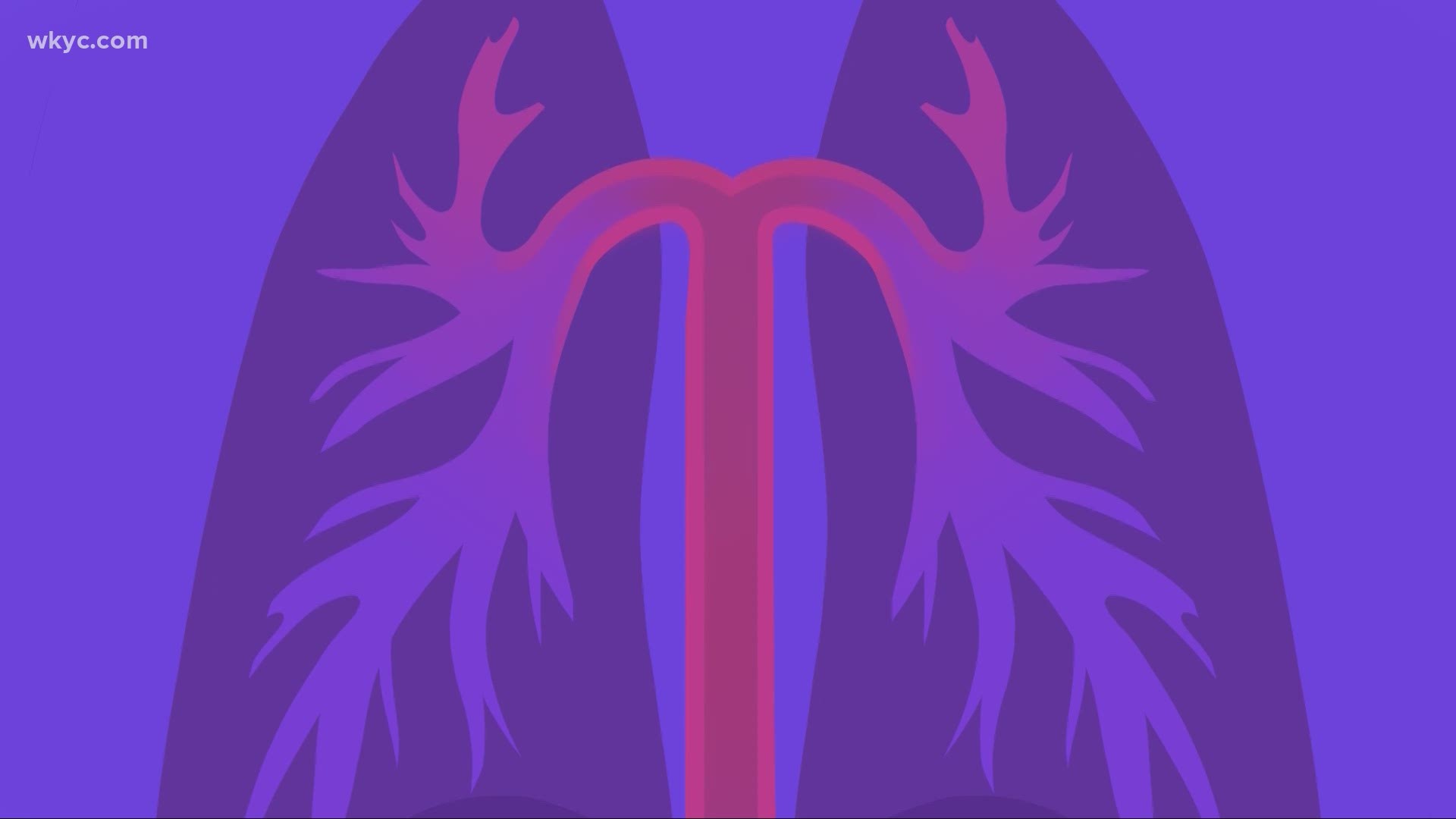 CLEVELAND — How are your allergies doing?  The heat and allergens can be a trigger for those living with asthma. While a pill or inhaler work for most, some people get no relief from traditional treatment.

It might be because they actually don't have asthma.

For more than a decade, Michelle Skeldon was prescribed stronger and stronger asthma medications as her breathing symptoms worsened.

"Just to walk up maybe five steps, you know, it was extremely hard for me and it was hard to breathe. And at one point I was actually on oxygen," Michelle recalls.

After developing a dangerous case of bacterial pneumonia, she saw a pulmonologist, who realized she should actually be seeing a gastroenterologist.

Extensive testing revealed the true cause of Michelle's breathing issues.

Gastroesophageal reflux disease, or GERD, can often worsen or even be mistaken for asthma. And finding and treating the reflux is very often the solution to uncontrolled breathing problems.

While some reflux is normal, it becomes an issue in the lungs when the contents of the stomach travel up the esophagus and into the back of the throat, which allows liquid to flow into the airway and enter the lungs.

It can cause a slew of symptoms, including cough, hoarseness, shortness of breath, and even pneumonias.

Lifestyle changes, medication, or in Michelle's case, surgery, can prevent stomach contents from reaching the lungs.

"As soon as I had the surgery done, it was a totally different world. You know, the coughing stopped. It was amazing. It was like night and day," Michelle says.

Experts says GERD often goes unchecked becausse reflux is not always acidic, meaning it doesn't cause the classic heartburn or indigestion that we associate it with. However, if not treated, GERD can have dangerous long-term effects such as an increased risk of esophageal cancer and permanent lung damage.

If you have uncontrolled coughing or worsening asthma, it's a good idea to see a specialist and ask the question: Could your lung problems actually be GERD?

Learn more about Michelle's case and the work done by National Jewish Health on GERD in the video below: