The city plans to spend more $1 million to replace the Anthony J. Celebrezze, which has been out of commission since mid-June 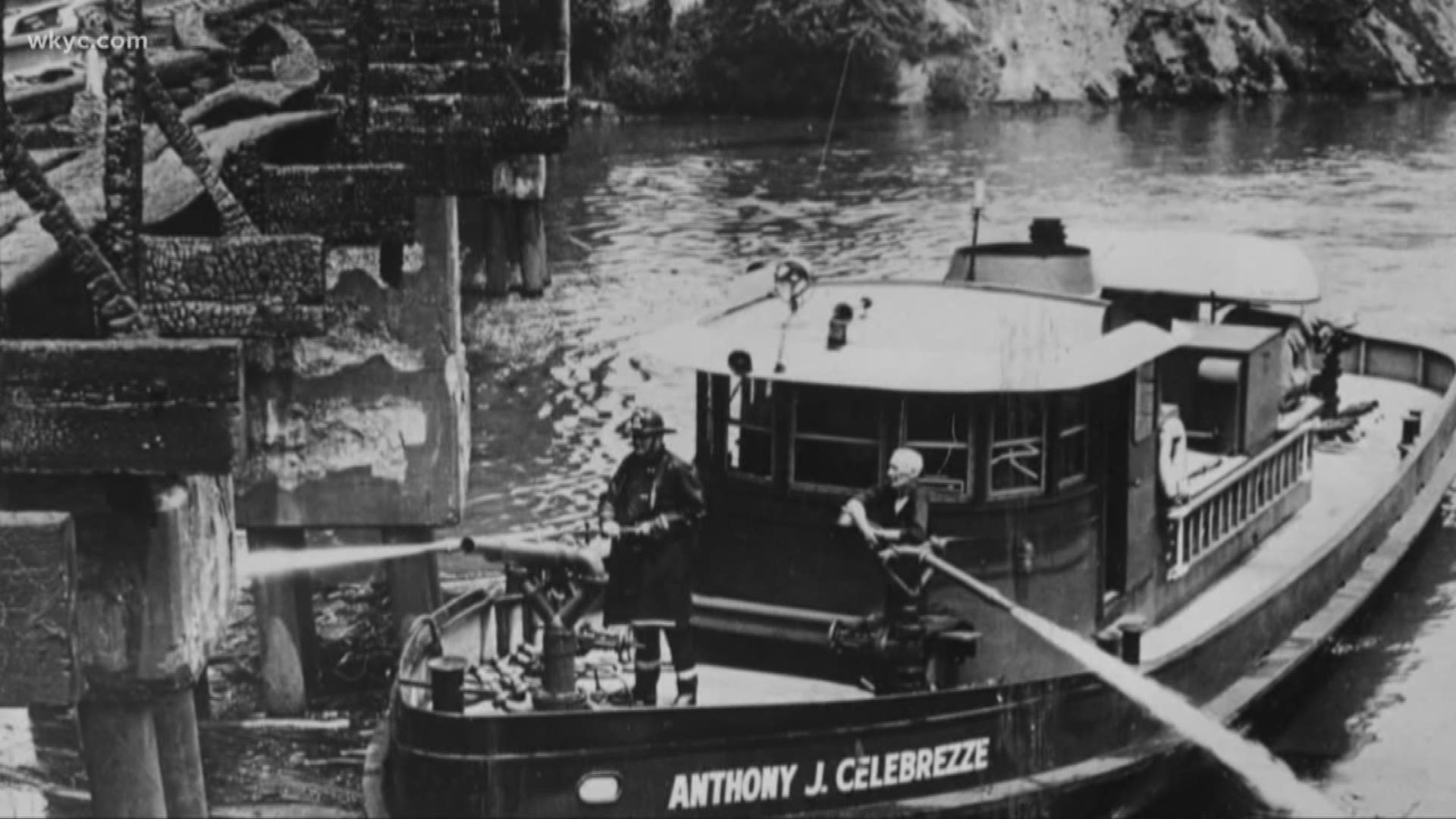 CLEVELAND — The City of Cleveland says it’s planning to replace the Anthony J. Celebrezze, the 64-foot pumper boat that was used to fight the city’s infamous 1969 river fire 50 years ago.

The boat, which was built in 1961, has been out of commission since mid-June because of steering problems. The Celebrezze was towed Friday from its dock behind Fire Station 21 in the Flats to a marina for evaluation.

The Cleveland firefighters’ union has complained that the boat, as well as other large pieces of aging-equipment, needs to be replaced. The union said this week that the city has failed to leverage at least one grant it secured in previous years to replace the boat.

“We have begun the procurement process,” Hunter said.

In the decades since the last river fire, the Celebrezze has not been needed for many major fires. But Fran Lally, president of the International Association of Firefighters Local 93, said the boat is a “vital” piece of equipment.

“It protects the river, the lakefront, marinas, the port, the recreational community and all these structures you see along the river, as well as the new structures to come,” he said.

He credited the city with beginning to make repairs to fire stations this year and upgrading some equipment. But he said the Celebrezze “should have been replaced years ago.”

The Celebrezze has been used as base for the dive team, river firefighting operations and to supply water to companies operating on the shoreline. It also patrols the Cuyahoga in winter months to break ice in the river and harbor.

Channel 3 spotted it this week on a trailer at a marina being repaired. Firefighters say one of boat’s engines has been out since around Aug. 1, which has prevented it from responding to some calls.

Hunter said Marine 17 was taken out of service last Friday but is back in the water.

When Marine 17 and Celebrezze are not working, the city relies on Coast Guard and others, including the city’s police department, which also has a rescue boat.