Homecoming: Remains of airman killed during World War II to be buried in Lorain

Lt. Steve Nagy was killed in a crash in Germany in 1944. His remains were identified in 2019 and will be buried at Lorain's Elmwood Cemetery on September 24. 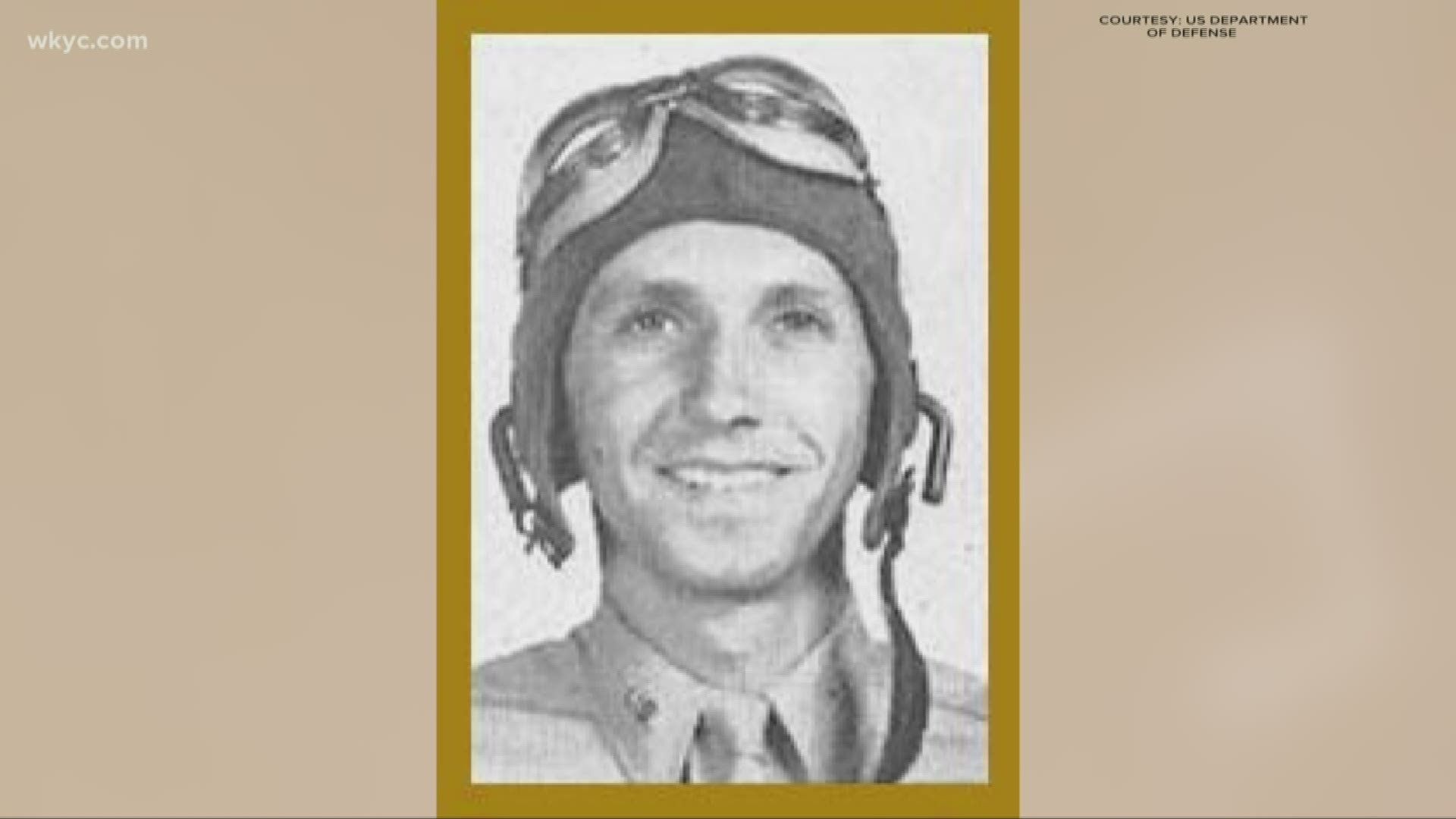 FORT KNOX, Ky. — Editor's Note: The above video is from a previous story about Lt. Nagy

A World War II pilot from Lorain will finally be able to rest in peace at home.

The United States Army announced on Wednesday that the remains of 1st Lt. Steve Nagy will be interred at Elmwood Cemetery in a service scheduled for September 24. Funeral services for Lt. Nagy will be performed by the Gluvna-Shimo-Hromada Funeral Home prior to the interment.

A native of Lorain, Nagy was a member of the 407th Bombardment Squadron (Heavy,) 92d Bombardment Group (Heavy,) 40th Combat Bombardment Wing, 1st Air Division, 8th Air Force. He was piloting a B-17G Flying Fortress aircraft, carrying nine crewmembers, on Aug. 24, 1944, when it was struck by German anti-aircraft fire and crashed during a bombing raid over Merseburg, Germany.

Four crewmembers survived the crash and were captured by German forces. Nagy and four others were killed. He was just 23 years old. Nagy's remains were reported to have been buried in the Leipzig-Lindenthal Cemetery.

Following the war, three sets of remains were recovered from the Lindenthal Cemetery, two of which could not be identified and were subsequently designated as 'unknown American service members' in American Battle Monuments Commission cemeteries in Europe.

In 2017 a historian, with the Defense POW/MIA Accounting Agency, determined that the remains could likely be associated with crewmembers from Nagy’s B-17G Flying Fortress. The remains were disinterred and sent to the DPAA laboratory in April 2019 for analysis. Lt. Nagy was finally accounted for by the DPAA on Sept. 3, 2019 after his remains were identified using dental, anthropological and Y chromosome DNA analysis.

Lt. Nagy's name is recorded on the Tablets of the Missing at the Henri-Chapelle American Cemetery, an ABMC site, in Hombourg, Belgium, along with others still missing from World War II. A rosette will be placed next to his name to indicate he has been accounted for.