Leon Bibb: Remembering 9/11 through 20 years of reflection and lessons

In just 77 minutes, our world changed. You can see it all around us. 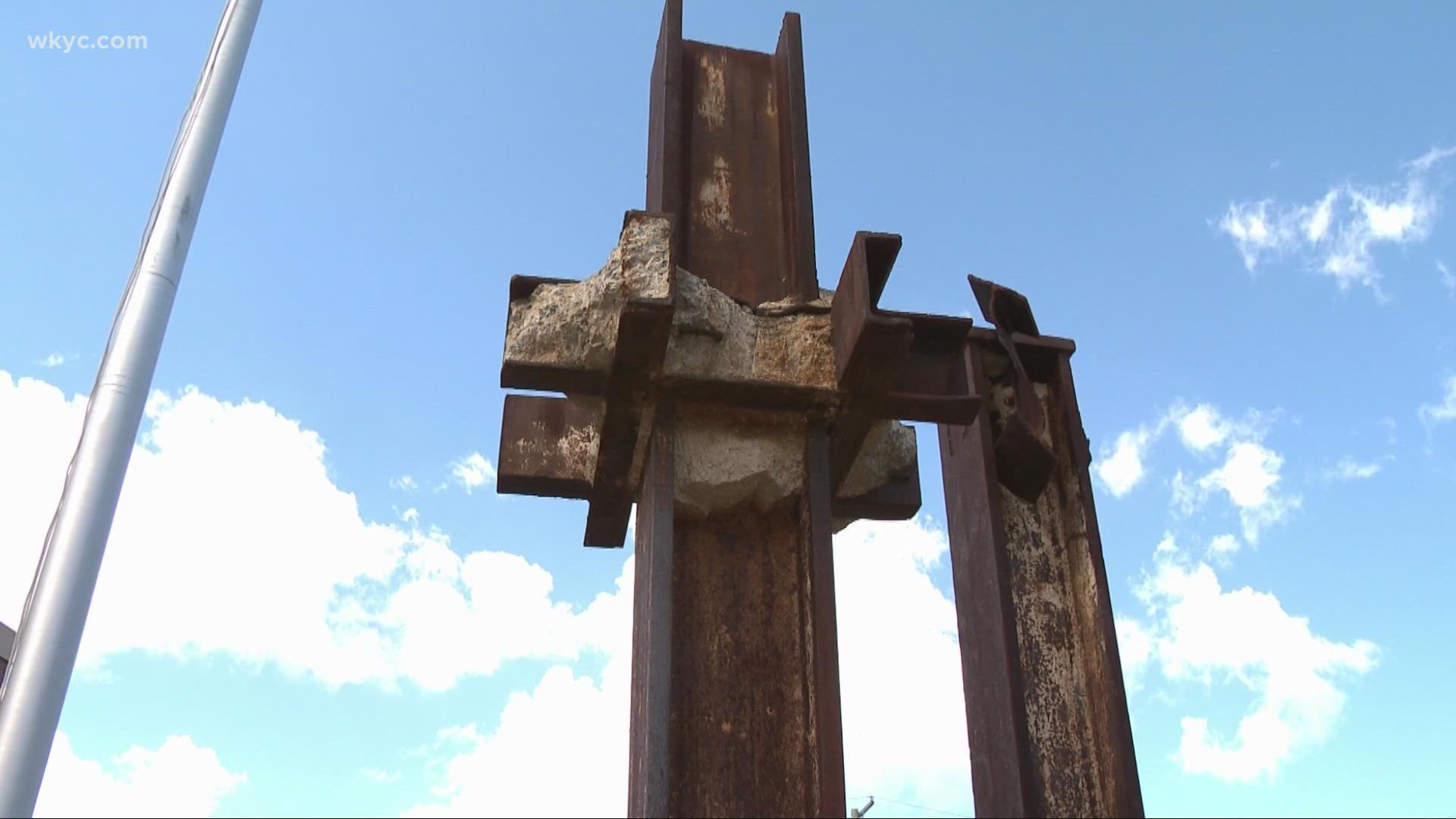 CLEVELAND — We live in a new world today-- one born twenty years ago on Sept. 11, a morning when the old world we knew vanished in an instant.

Trouble cut into us, painfully plunged deep into our lives.

If you were old enough in 2001 to comprehend the horror, you can remember exactly where you were when our lives changed.

In 77 minutes, the world changed.

We count the dead: More than 400 emergency workers in New York, another 2,000 have died from 9/11 illnesses that started at Ground Zero, more than 125 killed at the Pentagon.

For two decades, we have paused to remember. In those twenty years, we have taken war to those who planned and rained death on us.  All the while, here at home, we changed because of 9/11.  Security everywhere because the danger zone is everywhere.

At a Lakewood, Ohio fire station, there is a memorial to the 9/11 victims. Scorched, twisted pieces of a metal beam from New York's World Trade Center that day. Across this America, there are many such memorials, stark reminders of what happened that day.

The pictures of what we should not forget play like an unending video in our thoughts.  Horror still holds us a generation later. New York, Washington, and Shanksville are forever etched into a nation's memory.

What have we learned? Among the lessons are how first responders and military must protect us.  We learned of our own vulnerability.  We have learned terror can be anywhere so how we gather has changed.  But we also learned lessons of our collective strength, especially when times seem at their worst.

Still, 9/11 and the war America fought because of it hovers over us.  And on the eve of 9/11's 20th anniversary, in Afghanistan America has ended a troubled effort there.  And of that,  no doubt there will be lessons studied and learned stemming from America's longest war ever. It was the war that grew out of a September 11 day which still haunts us twenty years later.