Remembering 9/11: How the NFL turned to the Cleveland Browns for help

The team's head of security came up with a safety blueprint that all teams could use. 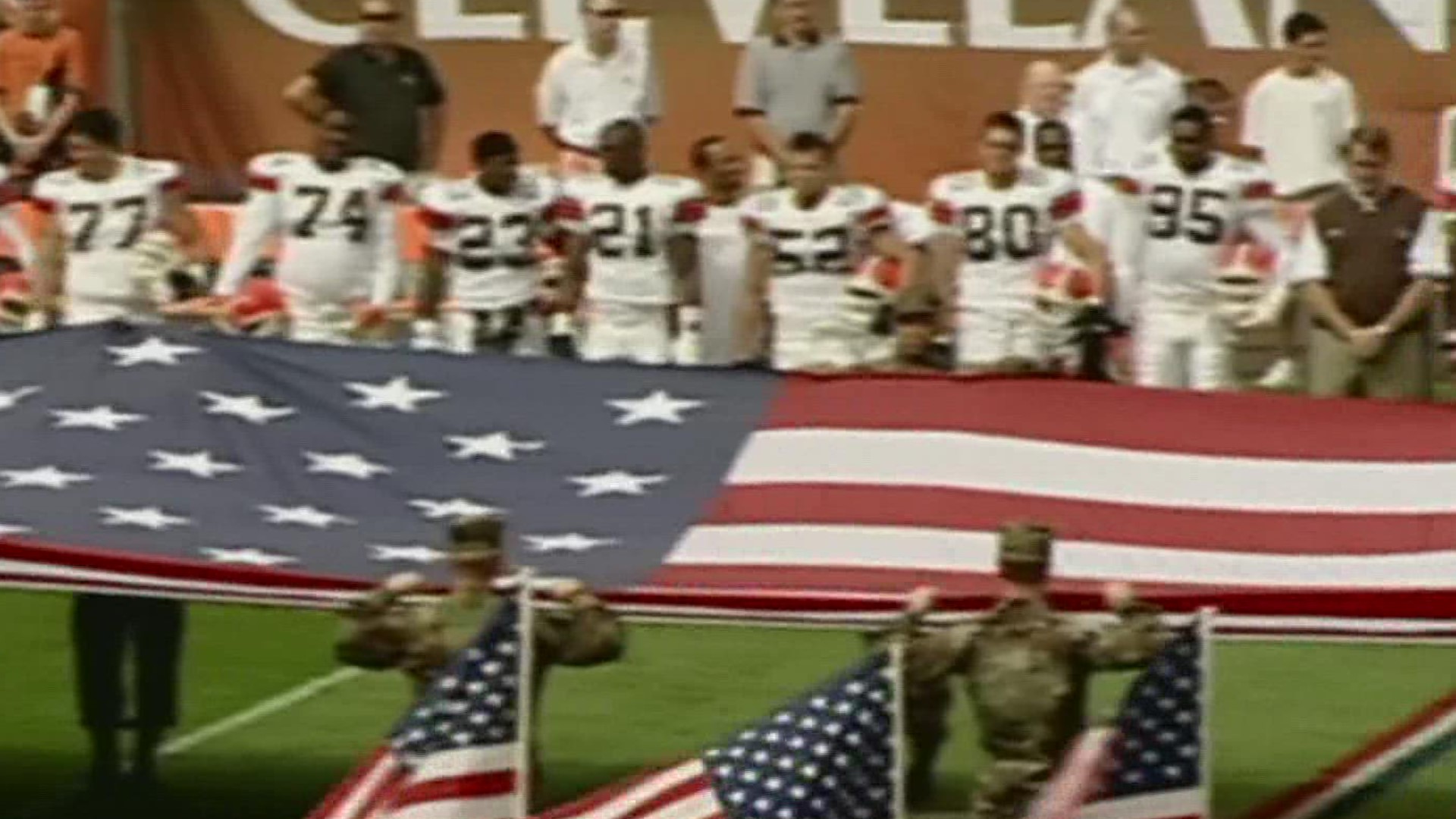 CLEVELAND — As we approach Sunday's game, the "Voice of the Browns" Jim Donovan recounts the role the 2001 team played in those days after the attacks.

Not wanting to repeat mistakes it made after President John F. Kennedy's assassination, the NFL turned to Cleveland for a safety blueprint and guidance in how to send the right message during a time of mourning.

The situation downtown had become a bit chaotic. So we started kind of developing what was going to happen in the sports community.

The NFL was coming up that Sunday. The Browns were playing in a big game. It was Pittsburgh week, so then as the week kind of went along, there was a very big decision that had to be made and it had to be made by the NFL, and they had to go back in time.

This is an interesting story, back to the day that JFK was assassinated in Dallas. That following Sunday, the NFL played their games. The Browns played against Dallas, but it turned out to be a very, very bad decision.

Credit: Tom Pidgeon/Allsport
23 Sep 2001: Earl Little #20 and Corey Fuller #24 of the Cleveland Browns take the field with an american flag during pre-game ceremonies at the game against the Detroit Lions at Cleveland Browns Stadium in Cleveland, Ohio. The Browns won 24-14.

"We in the NFL have decided that our priorities for this weekend are to pause, breathe, and reflect," then-NFL Commissioner Paul Tagliabue said just a few days after the attacks. "It is a time to attend to families and neighbors and all those wounded by these horrific acts of terrorism."

But during that week, at least from the NFL standpoint, you had a whole new dynamic. How safe was it going to be for people to go into a stadium? How were you going to make sure that people were going to be safe?

The NFL then came to the Cleveland Browns, who were being secured by their top security officer. His name was Lew Merletti, and he was the head of the secret service when he was in another life. He came up with the plan that the NFL then used for the upcoming week

"Security and the level of care is going to be something you have never seen before," Tagliabue said.

When we came back, it was amazing. Everybody stuffed that stadium that day. It was absolutely jammed.

The Browns were playing the Detroit Lions. The sense of patriotism was incredible. I mean, everybody knew where there I got on their sleeve. It really was no matter what the score was. I just think it was great and everybody was back, and it was that attitude of life goes on for us.

RELATED: Remembering 9/11: A conversation between colleagues forever changed by the terrorist attacks in NYC

RELATED: Remembering 9/11: A return to Shanksville

RELATED: Leon Bibb: Remembering 9/11 through 20 years of reflection and lessons