Informant on Householder case: 'I went to the FBI because I wanted something to be done'

Nick Owens had aspirations of becoming a state lawmaker. He ended up becoming an FBI informant. 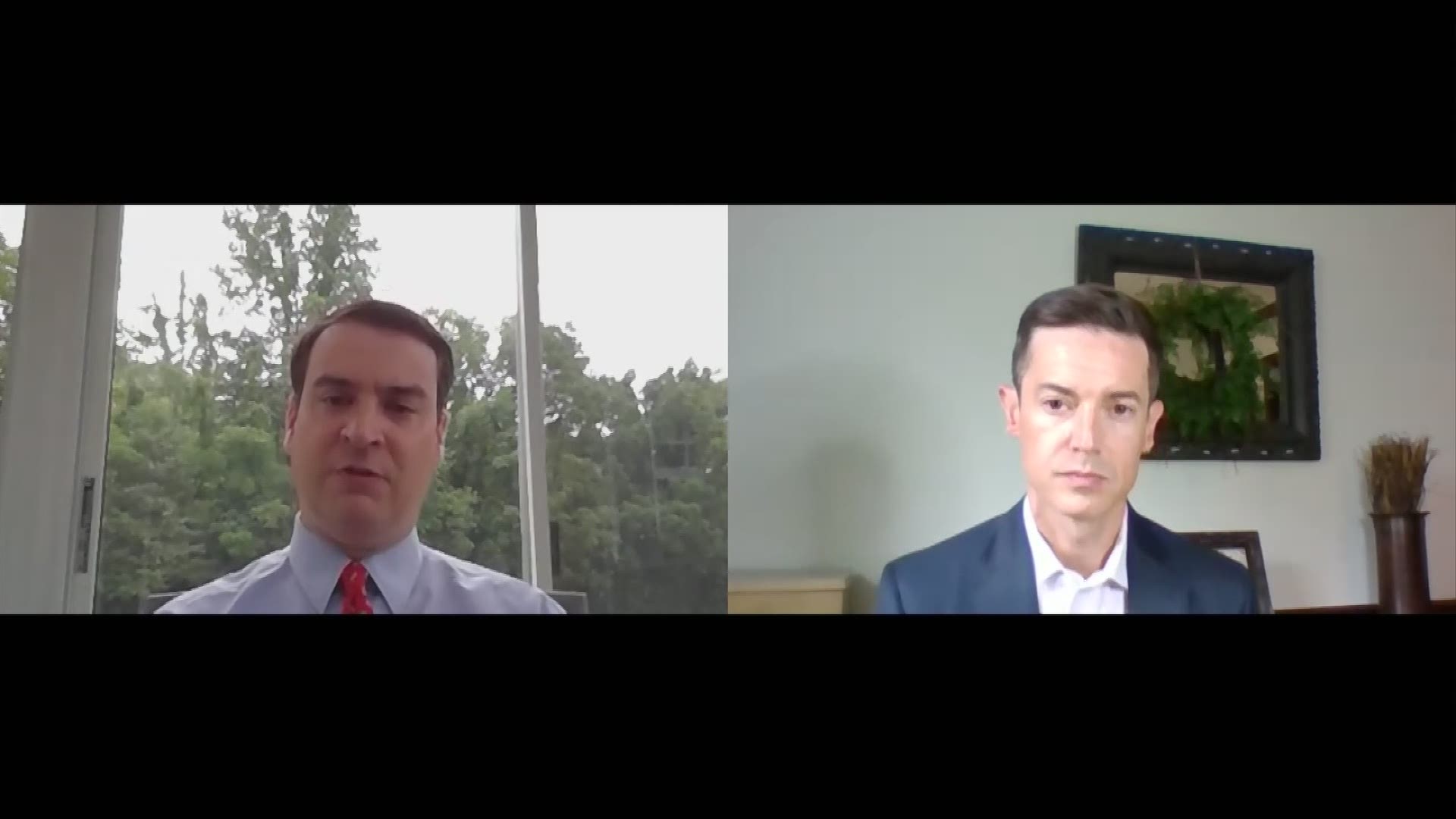 COLUMBUS, Ohio — Nick Owens had aspirations of becoming a state lawmaker. He ended up becoming an FBI informant.

In a lengthy interview with 10 Investigates, Owens spoke of a meeting he says he had with Larry Householder in 2018 during a time when Householder was working on his own political comeback - one that would eventually lead to his ascension to the House Speaker’s chair.

Householder’s role as speaker ended Thursday when lawmakers voted to remove him from that position.

“It was a great conversation, we talked politics,” Owens said.

But it was during that conversation, referenced in the FBI’s criminal complaint against Householder, that Owens – who is referenced as Individual 1 – said that Householder took credit for an ad buy against the opponent of a candidate he backed and mentioned that he had pushed $500,000 into the final weeks of a campaign that gave the Householder-backed lawmaker a boost and helped him secure the win during 2018 general election.

Owens – who said he didn’t go to the FBI until March 2020 - said during the course of his own political pursuits, he took in another meeting with Householder’s staffers – including Jeff Longstreth – in 2019.

“When I met with them, Jeff Longstreth personally told me, if you become a Householder candidate, we control everything with regards to your campaign,” Owens told 10 Investigates.

According to the FBI’s 82-page criminal complaint, Longstreth was in charge of the finances for Generation Now – a 501 c 4 dark money group that federal authorities allege was propped up by millions of dollars in bribes from FirstEnergy and its affiliates.

The FBI alleges that the individuals personally benefited from $60 million in bribes meant to help secure the passage of House Bill 6 – which provided a billion-dollar bailout to FirstEnergy and helped save the future of two nuclear power plants near Toledo and Cleveland.

The criminal complaint also alleged that monies were also used to help secure Householder as speaker and to help finance the campaigns of lawmaker candidates that Householder supported.

In an indictment released Thursday, federal prosecutors allege that the “during the 2020 primary, Householder’s Enterprise laundered over $1 million to pay for media buys in the PACs name to help elect candidates backed by Householder."

Owens says his opponent, Allen Freeman, got the backing from Householder.

10 Investigates left multiple phone, text and email messages with Allen Freeman. We did not hear back.

Campaign ads supporting Freeman show some ads in support of Freeman were paid for by the Growth and Opportunity PAC, a PAC that has ties to Generation Now.

Owens said he went to the FBI in mid-March with concerns about the attack ad buys and mailers from the Growth and Opportunity PAC and those from his opponent’s campaign. He showed 10 Investigates copies of the mailers from the two separate groups that appear to show they had the same Columbus mailing address and permit number.

Owens said he exchanged emails and phone calls with FBI Special Agent Blane Wetzel, who ended up writing the criminal complaint against Householder and others.

Owens said the FBI was very interested in the conversation he had with Householder about the $500,000 money push during the final weeks of the 2018 general election for another now-state lawmaker.

“They were interested in that conversation because it showed that Larry Householder had some sort of custody and control of the operation - the growth and opportunity PAC and some related entity.”

When asking about the concerns he raised, Owens said he was told by the FBI in April “to expect something soon.”

He says he wasn’t totally caught off guard by last week’s arrest of Householder and others.

“It was wrong, it was unlawful and hopefully people will be held accountable because of that,” Owens said.

Householder and the four others charged were originally scheduled for a preliminary hearing in early August. It is not clear if that date will still hold.

A call placed to the attorney for Householder and Longstreth was not returned.