A lawyer representing Put-in-Bay cited "attorney-client privilege" as justification not to release the findings of an internal investigation into police misconduct. 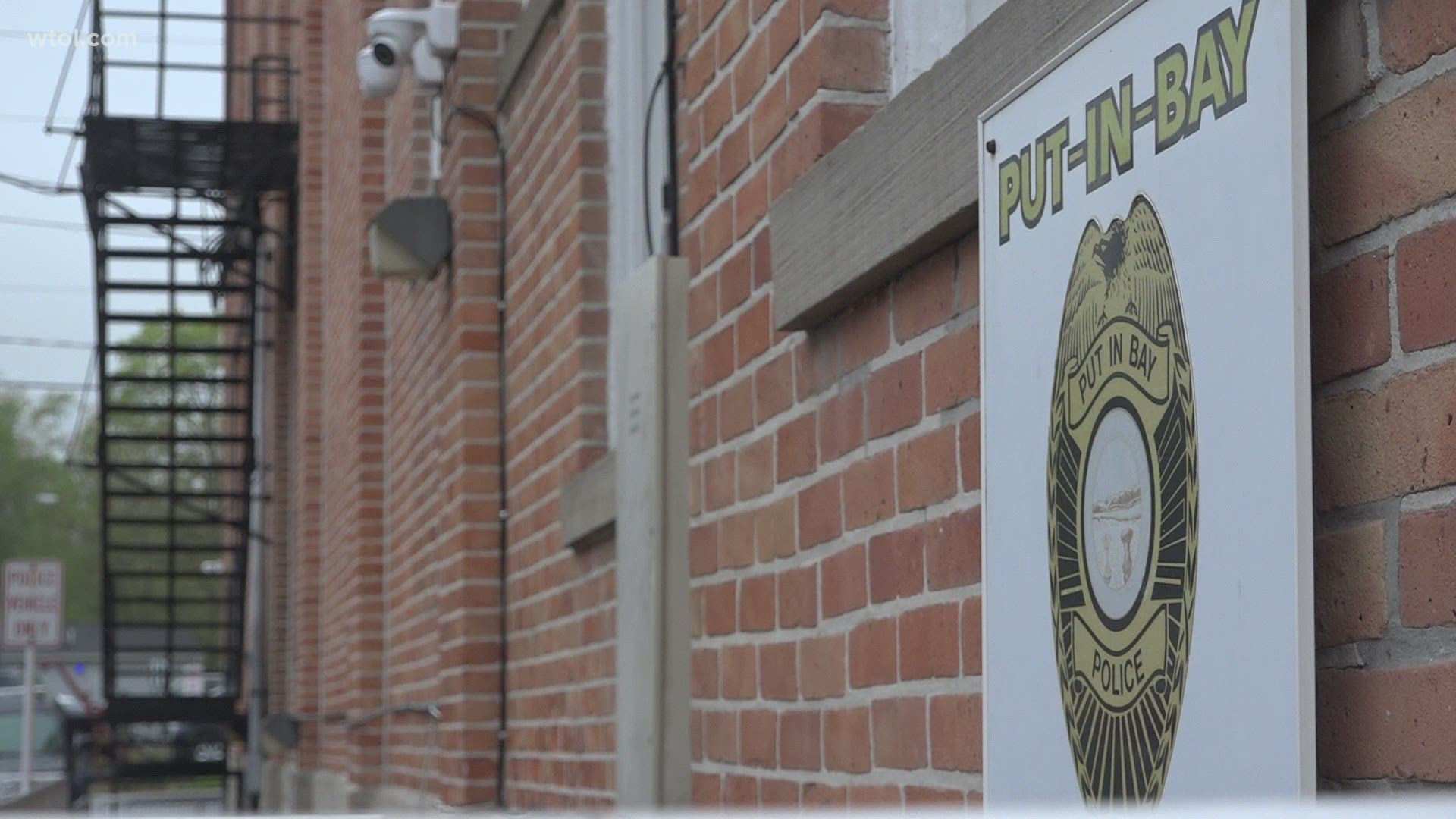 PUT-IN-BAY, Ohio — Village leaders are seeking to turn the page on a tumultuous chapter as Put-in-Bay continues a court battle against federal lawsuits that accuse the police department of excessive force.

On May 24, 2020 -- just shy of one year ago -- Lt. Michael Russo is accused of approaching Monica Gulledge from behind and slamming her to the ground.

Less than two weeks later -- on June 6, 2020 -- Lt. Russo was involved in another widely-publicized incident. He and Cpl. Terry Rutledge Jr. pulled over a golf cart because too many people were on board.

Six Black men were arrested. But charges were later dropped and the officers were placed on leave.

Along with the lawsuits came an FBI investigation and another one ordered by Mayor Jessica Dress.

"It's going to not only be a look into what happened and how it happened and why it happened, but it's also going to come out with recommendations of how to correct any deficiencies that we may or may not have," Dress said.

11 Investigates requested the internal investigation's findings from the village through a public records request.

We uncovered that Put-in-Bay paid more than $21,000 in taxpayer dollars to a company called Paragon Investigations.

However, we can't tell you what it found.

A lawyer representing Put-in-Bay cited attorney-client privilege and did not provide those findings.

But Dress said, investigations aside, changes are coming.

"With Chief Kimble's leadership, we're already making changes in our policy, our style of policing, our training of de-escalation and sensitivity to make sure that kind of thing is never even possible on Put-in-Bay," she said.

When asked how troubling is it for Kimble, who is Black, to know that the department is currently under investigation for allegedly mistreating Black people, he said, "That's why I'm here. June 7 of last year the Ottawa County sheriff, Steven Levorchick Jr., placed a call to me. It was after the June 6 incident. And he said, 'Brother, I need your help.'"

Kimble held the interim job for nearly a year before being permanently hired earlier in 2021. He told 11 Investigates June 6, 2020 was a turning point.

"At that point I made my decision to come back out," he said. "I was actually working at the federal courthouse in a great retirement job but at that point I knew I needed to get back out and maybe, if I could, make a difference, make a change."

"His overall life experience is quite diverse, which is so important for the diverse crowds that we have here from all walks of life experiences," Dress added.

11 Investigates reached out to the FBI via email three times about an update in its investigation. We did not get an answer.

As for the lawsuits, attorney Ven Johnson told 11 Investigates they have now been combined into one. It's still making its way through federal court. He did not make his clients available for interviews.