More than 50 drivers filed insurance claims, alleging their cars were damaged after they drove through a Solon construction site. 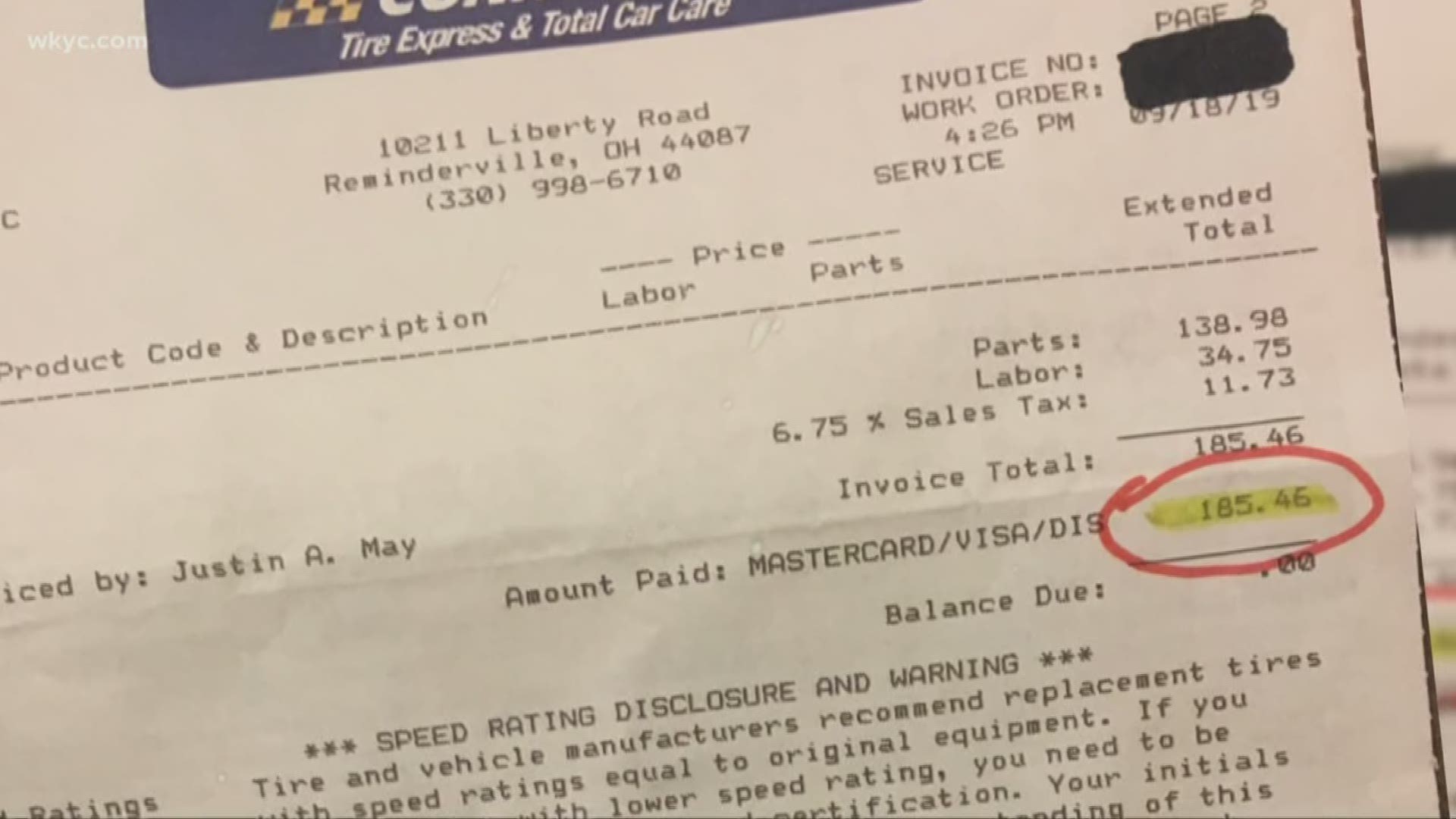 SOLON, Ohio — If you’ve driven through the heart of Solon in the past two months, you’ve probably felt the perils of the road work.

But for more than 50 drivers, that visit came at a high cost: Thousands of dollars in repair bills, all rejected in sweeping fashion by an insurance company.

“I work at Heinen’s Grocery. That’s about a two week paycheck for me,” said Jake Moses, a Solon High School senior.

Moses doesn’t need a calculator to count the $185 dollar loss for the new tire he needed after he drove through the construction site.

Moses is among 53 drivers who filed claims with Westfield Insurance, the carrier for Chagrin Valley Paving, alleging their cars were damaged after they drove through the massive, 2-month road project on SOM Center Road.

Each claim got the same, swift response: Denied.

“I understand that you might have some people trying to, you know, get some money and screw the system, but at the end of the day, I’m a 17 year old kid…I work hard for my money,” said Moses.

“It was a perfect storm,” said Bill Drsek, Public Works Commissioner for the city of Solon.

Bill Drsek is preaching patience. At the city’s urging, he said Westfield Insurance has agreed to take a second look at all the cases.

“We’re hopeful in the re-evaluation process that Westfield reconsiders their position,” said Drsek.

“We understand the frustration motorists have experienced during the SOM Center Resurfacing Project in Solon. Westfield Insurance provides coverage to the construction company, Chagrin Valley Paving, and carefully considers claims filed against the company. The city of Solon played an active role in the planning, and both the city and state regularly inspected the construction site. In addition, it’s important to note that reasonable precautions were taken to warn motorists of hazards in the construction zone, including posting signs warning motorists to slow down and proceed with caution. As is our practice, Westfield will continue to thoroughly review claims but cannot comment on specifics, due to privacy concerns for all parties involved.”