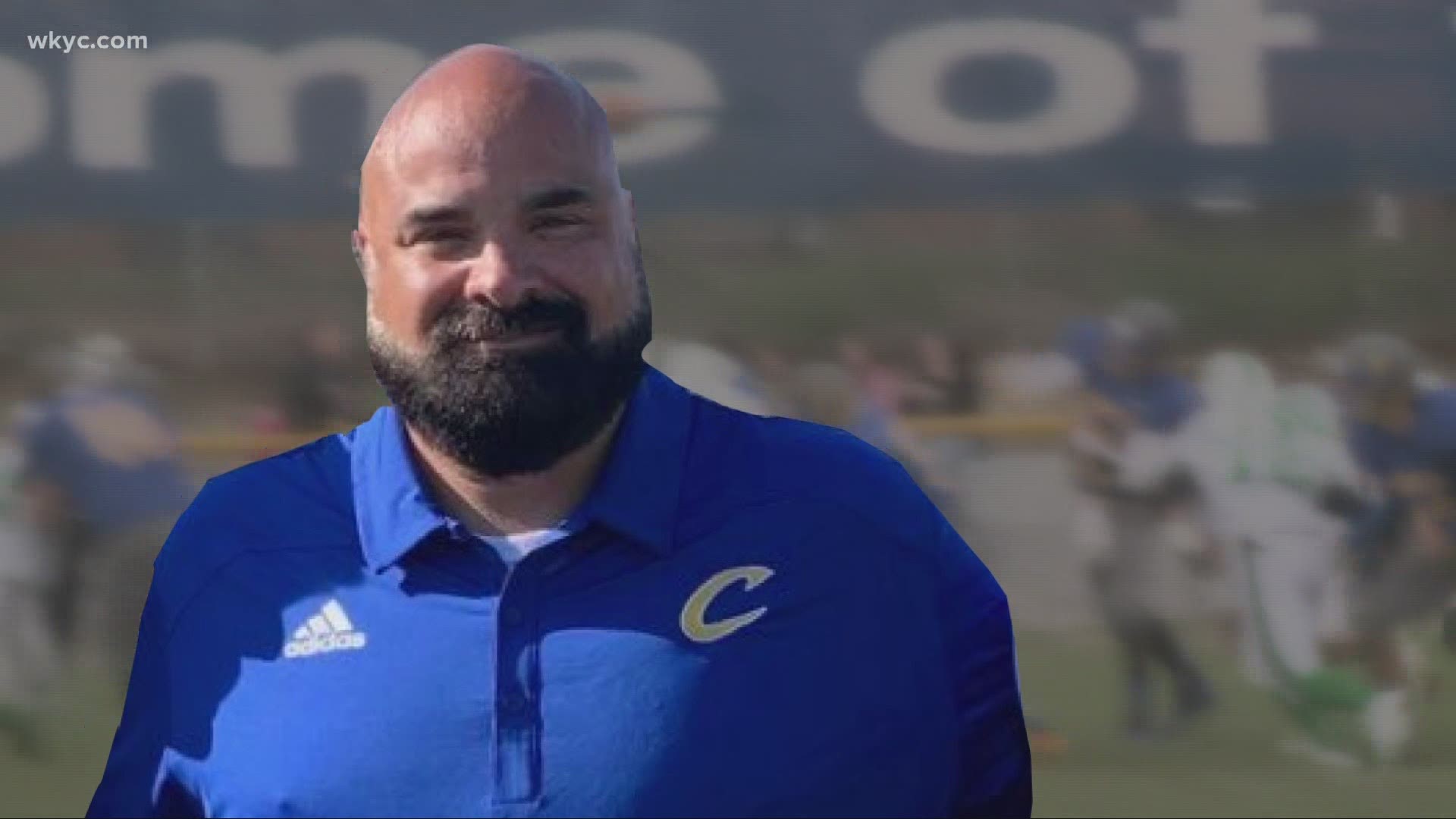 The revelation has led to criminal charges and the resignation of first-year head coach Mike Zografos.

In addition, the female staffer who worked in the athletic department has left the district, Coventry officials confirmed Monday.

Zografos, 48, is charged in Barberton Municipal Court with a misdemeanor count of disseminating obscene or harmful material to a juvenile. He resigned his position as coach when the charges became public last week.

However, he remains on staff as an intervention specialist, but is on administrative leave until the case is resolved.

However, an affidavit obtained Monday by 3News Investigates reveals the three boys were asked to use Zografos’ iPad in order to film the team’s Oct. 30th game against Cloverleaf High.

After powering on the device just before kick-off, four nude photos of the female staff member appeared and were seen by the boys and an assistant football coach, the affidavit states.

Two of the boys, and two other faculty members, were later able to describe the photos and identify the nude female staffer depicted, the affidavit said.

Sheriff’s deputies only recently learned of the images on March 23. During their investigation, Zagrafos admitted having the photos on his iPad. Furthermore, the female staffer admitted providing the photos to the football coach.

Zagrafos has pleaded not guilty and remains free on bond pending his next court hearing before Judge Jill Flagg Lanzinger on May 12. He faces a maximum of six months in jail, if convicted.

Zografos was hired a year ago and led the Comets to a 4-5 record last year.

In a statement to 3News, Coventry Superintendent Lisa Blough said:

"Due to nature of the allegations shared with district officials, he was placed on administrative paid leave on March 26, 2021. Since this situation involves an ongoing investigation, I am unable to share specific details regarding the allegations. As the investigatory process moves forward, the district will continue to work closely with the local authorities and will follow all district procedures accordingly."