Virus struck women's pod as a quarter of inmates test positive, others put in quarantine 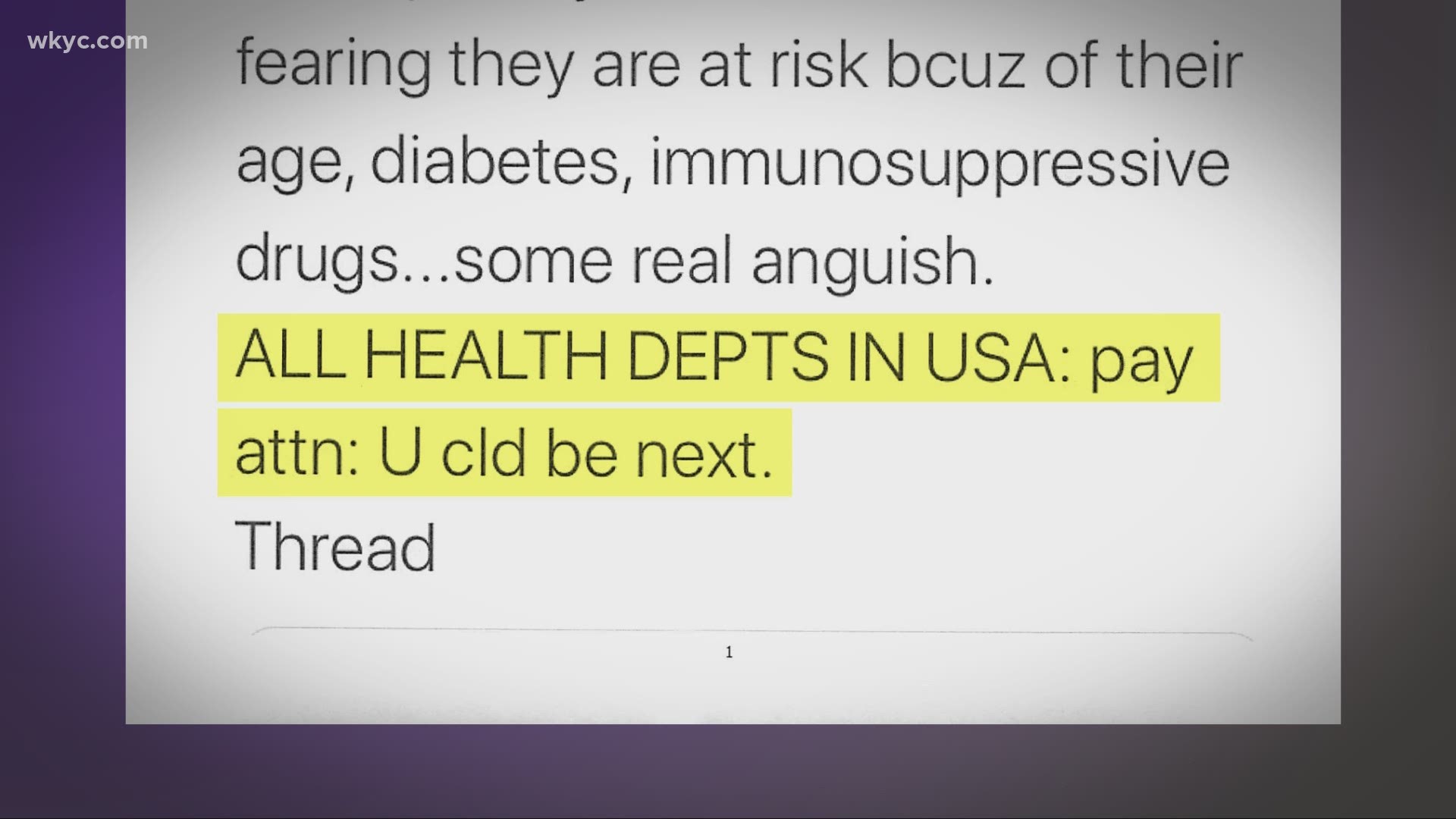 MEDINA COUNTY, Ohio — Editor's Note: The above video is from a previously published story

A break-out of COVID-19 infections has swept through the women’s wing of the Medina County Jail, officials confirmed Friday.

Sheriff Terry Grice said 12 female inmates have tested positive for the virus in the past week.

In addition, Grice said eight other women inmates have been placed in quarantine for precautionary reasons. The jail is currently holding 45 female inmates.

All inmates are tested for COVID-19 when they are first processed, he added.

“We are working closely with the Medina County Health Department to ensure the safety of all the inmates and staff,” Grice said.

It is unclear if any of the jail's 60 workers have been impacted.

The jail's total inmate capacity is about 256 inmates.

Many jails across Ohio have only recently begun vaccinating inmates. Medina, Cuyahoga and Lorain counties have administered the single-shot Johnson & Johnson vaccine to inmates on a voluntary basis.

Ohio prisons, where about 130 inmates have died of COVID-19, have vaccinated more than half of its inmates.

Incarcerated inmates were among the hardest hit groups. Testing in early April of 2020 showed 68 percent of inmates were carrying the virus. Prison officials say 94 inmates tested positive in May.