3News Investigates: Who in the family tried to cover-up Lori Lynn's murder? 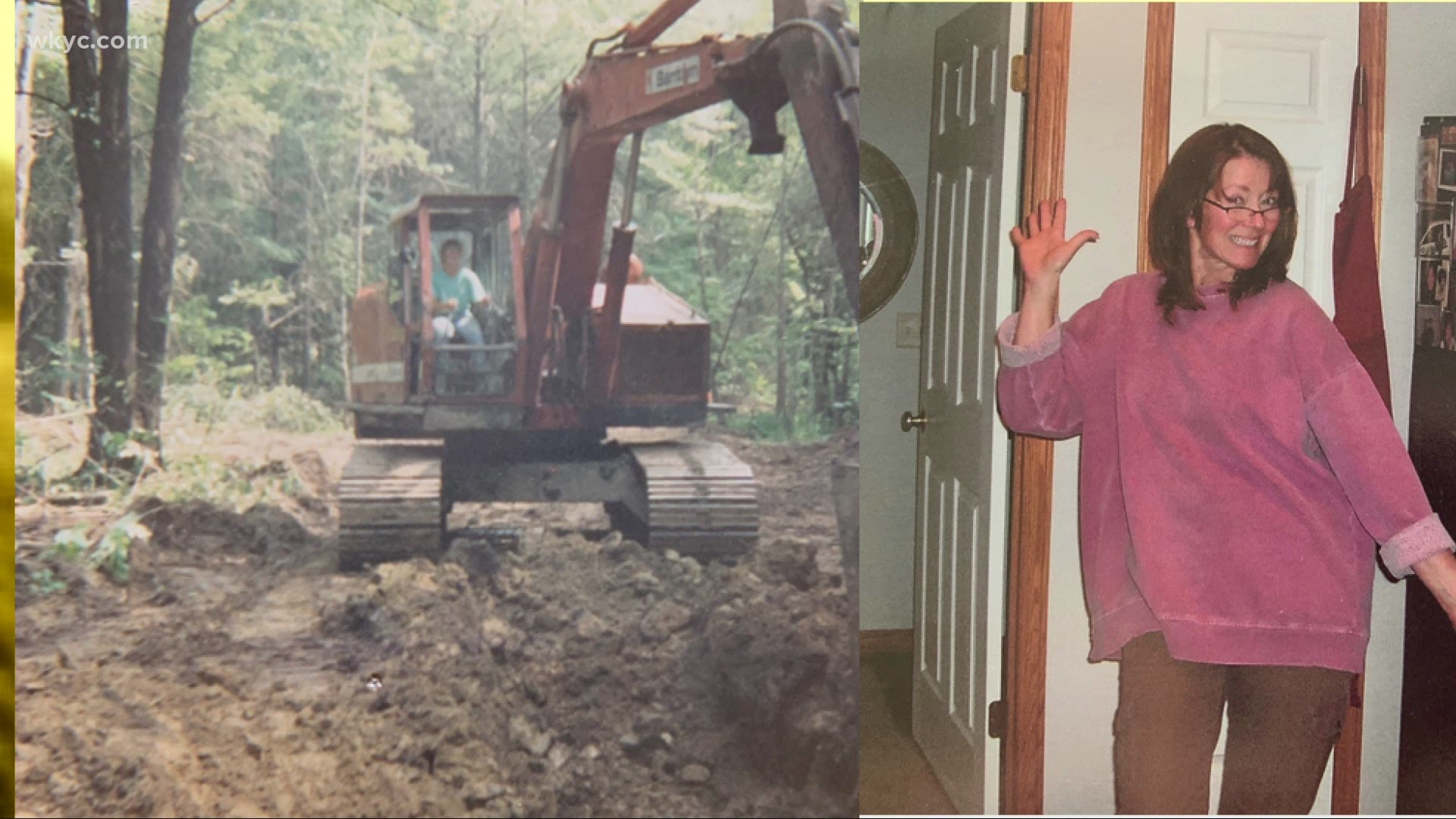 A tomboy as child, she blazed a career working construction in heavy machinery, plowing her way through all the ascribed gender norms.

"She loved it," her daughter Samantha Lynn recalled. "It was a man's job and she fought her way up the ladder, and she was good at what she did."

Her life’s work only contradicted how she died, or at least how someone wanted her death to appear.

Samantha Lynn remembers waking up to the phone call, rousing her that summer morning in August 2017.

"I just remember collapsing to the ground," she said. "It was soul crushing."

The division was foreshadowed from the family pond where Lori Lynn’s body was found, atop a tractor. Police were called, and the case was quickly closed, the Lynn family said.

It was, by police accounts and the killer's design, a tragic accident. Somehow, they rationalized, the former tomboy crashed the tractor into the pond and drowned.

Several months passed before the county coroner tossed away the accidental death theory. Instead, a homicide investigation was born.

Credit: Lynn family
The scene of Lori Lynn's death, which investigators say was elaborately staged to look like an accident.

The pond scene--the crashed tractor with Lynn’s body face down--was all staged, an elaborate effort to cover the work of a killer who likely strangled the 60-year-old woman. Diane Pullin said she never believed her sister died by accident.

"There was so much that wasn’t logical, making sense," she said. "There’s no way she’s going to drive a tractor straight into a pond."

To this day, it remains a mystery unsolved in this rural town north of Youngstown, and the family is now pointing suspicions at one of their own.

"I have not been able to grieve because of all the allegations," Lynn’s brother Chip told 3News Investigates, however lives next door to his childhood home and was one of the first to find Lynn’s body. He denies any involvement, but his niece Samantha and sister Diane are left with questions:

Why did Chip stop talking to police and instead hire a prominent Cleveland criminal defense attorney?

Did years of family squabbles over money spark a sudden rage?

Why has he refused to take a polygraph test?

"Maybe I should to get it over with," Chip Pullin said. "I’m just so pissed off they’re doing this to me."

He promised to take a polygraph, which is not generally admissible in court proceedings, if others did the same. This week, Samantha and two others did so, passing exams given by William Evans, a well-respected attorney and polygraph expert based in Akron. Chip Pullin has yet to schedule his examination.

Former FBI agent Bob Friedrick has been retained by Lynn's family to investigate the death. Like the family, he believes Lynn was killed by someone she knows. She was likely struck in the head and strangled; the tractor was driven into the pond and Lynn’s body was placed on top.

Security cameras captured the killer driving Lynn’s car, taking a circuitous route toward the pond, which Friedrick claims was all in a failed effort to avoid detection.

"Everybody in the family, including myself, think[s] that Lori was murdered," he said. "They want to get this thing done, and find out 'Who killed our sister or our mother?'"

Friedrick also believes there are witnesses who are afraid to come forward. There’s a $20,000 reward offered for information leading to a conviction. Anonymous tips can be left with Liberty police at (330) 539-9830.

"There's only a handful of people that knew where the cameras are," said Samantha Lynn, "where they point…how to avoid them.

"We have had some family history with feuds, and we truly believe it was someone that knew her."