A 3News investigation found that Bowling Green and Ohio State had the most Greek organizations under investigation, in 2021. 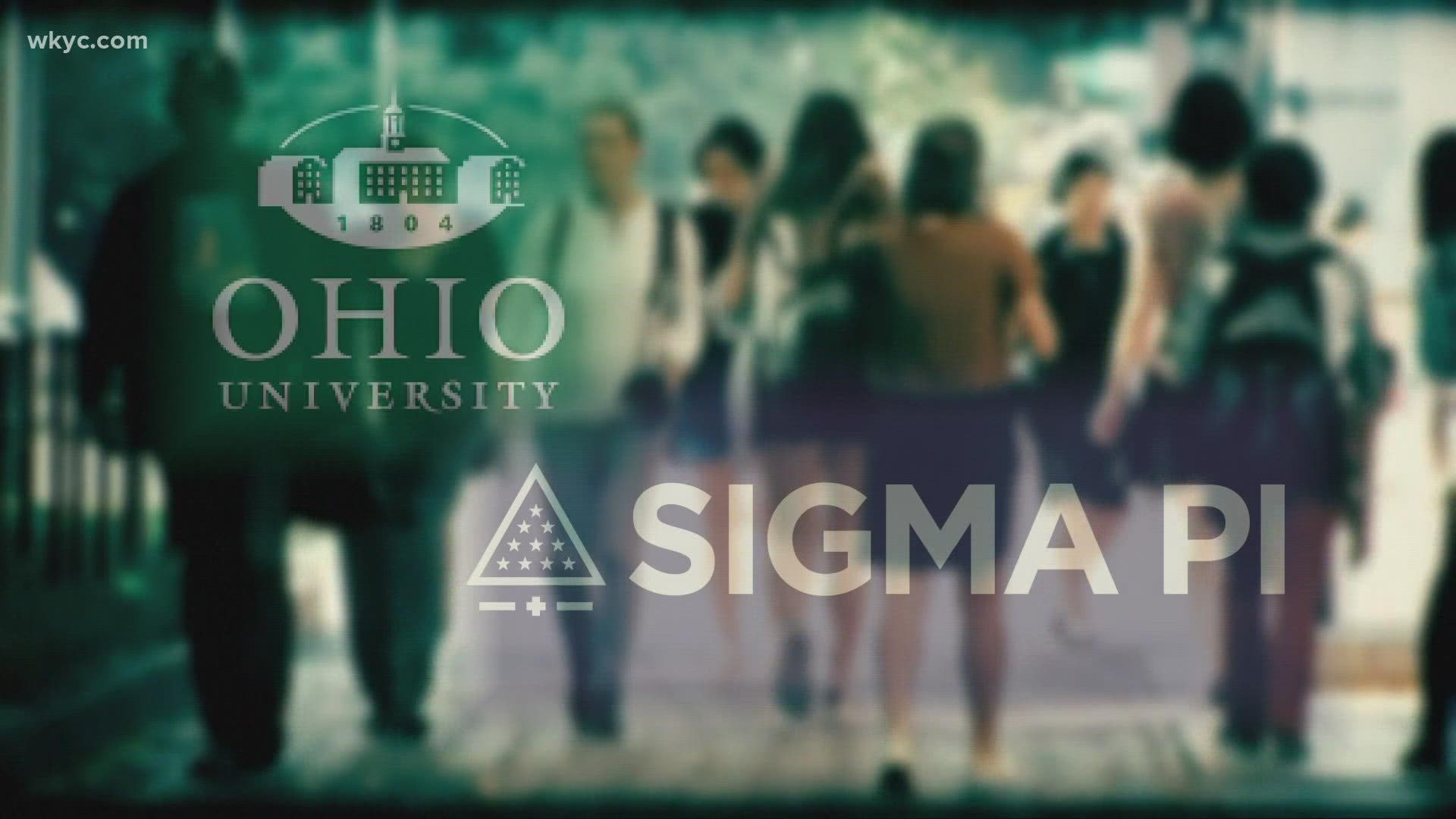 CLEVELAND — Editor's note: The video in the player above is from a story published on July 6, 2021.

"We didn't learn about it until after he died, and we were shocked,” said Kathleen Wiant, who lost her son, Collin Wiant, to a hazing-related incident. "They were water-boarded, they were beaten, they were forced drugs and alcohol."

The mother is talking about the Sigma Pi fraternity that her 18-year-old son had attempted to join at Ohio University.

“He basically was brain dead. He only had like 10 percent [brain function]. So that's the day we found out there was basically no hope left,” said Stone’s mother, Shari.

Hazing on America's college campuses is a time-honored tradition mostly among athletes and fraternities.

While it's often glorified, behind the laughs, young bodies lie.

Through public records requests, 3News Investigates was able to create a database of the fraternities and sororities with the most violations and suspensions in our state.

In 2021, Bowling Green State University and the Ohio State University had the greatest number of Greek organizations under investigation. BGSU had a total of 10, while OSU had nine fraternities or sororities that violated the Code of Student Conduct.

See where other Ohio universities and colleges ranked below:

How many Fraternities and Sororities are under investigation for or have been found to violate the Code of Student Conduct in 2017 thru 2021?

THE UNIVERSITY OF AKRON-

Ohio colleges and universities not listed above did not respond to our requests, as of 8/2/2021.

"It's horrific," said Hank Nuwer, an author who has tracked hazing-related deaths since 1978. "It's unconscionable. The numbers have been atrocious since the year 2000. Sometimes, I wake up in the morning and I don't think there will be meaningful change"

But Ohio has taken a step toward change, by adopting Collin's Law: The Ohio Anti-Hazing Act.

“We are saying, with this bill, that we will not tolerate hazing,” said Ohio Governor Mike DeWine at a press conference in July.

The new also law increases the legal penalties for hazing, creates a new statewide curriculum for college students about hazing, and requires more transparency at the university level to report instances of hazing.

“To finally have this day of seeing Governor DeWine signing was such a relief and accomplishment,” said Kathleen Wiant.

While eight students have been charged in Stone's death, his mother says there’s more to be done.

Much like Mothers Against Drunk Driving (MADD) helped combat drinking and driving through public appeals and tougher enforcement in the 1980s, the Wiant family and the Foltz family hope Collin's Law will have the same effect.

3News Investigates also asked Ohio colleges and universities how many fraternities and sororities had ever been removed or suspended from campus? And, when did that happen?

See how schools responded below:

UNIVERSITY OF AKRON- In the last ten years, four fraternities have been removed from campus:

KENT STATE-  “The number of student organizations that have had their recognition removed (as in not eligible to return indefinitely) from 2017-2021 is zero based on our records.”

CLEVELAND STATE UNIVERSITY -We are not aware of any fraternities or sororities being removed from campus in our 57-year history.

THE OHIO STATE UNIVERSITY – 11 fraternities have been removed.