Cuyahoga County released new surveillance video on Friday that gives us another look at the recent rioting in downtown Cleveland. 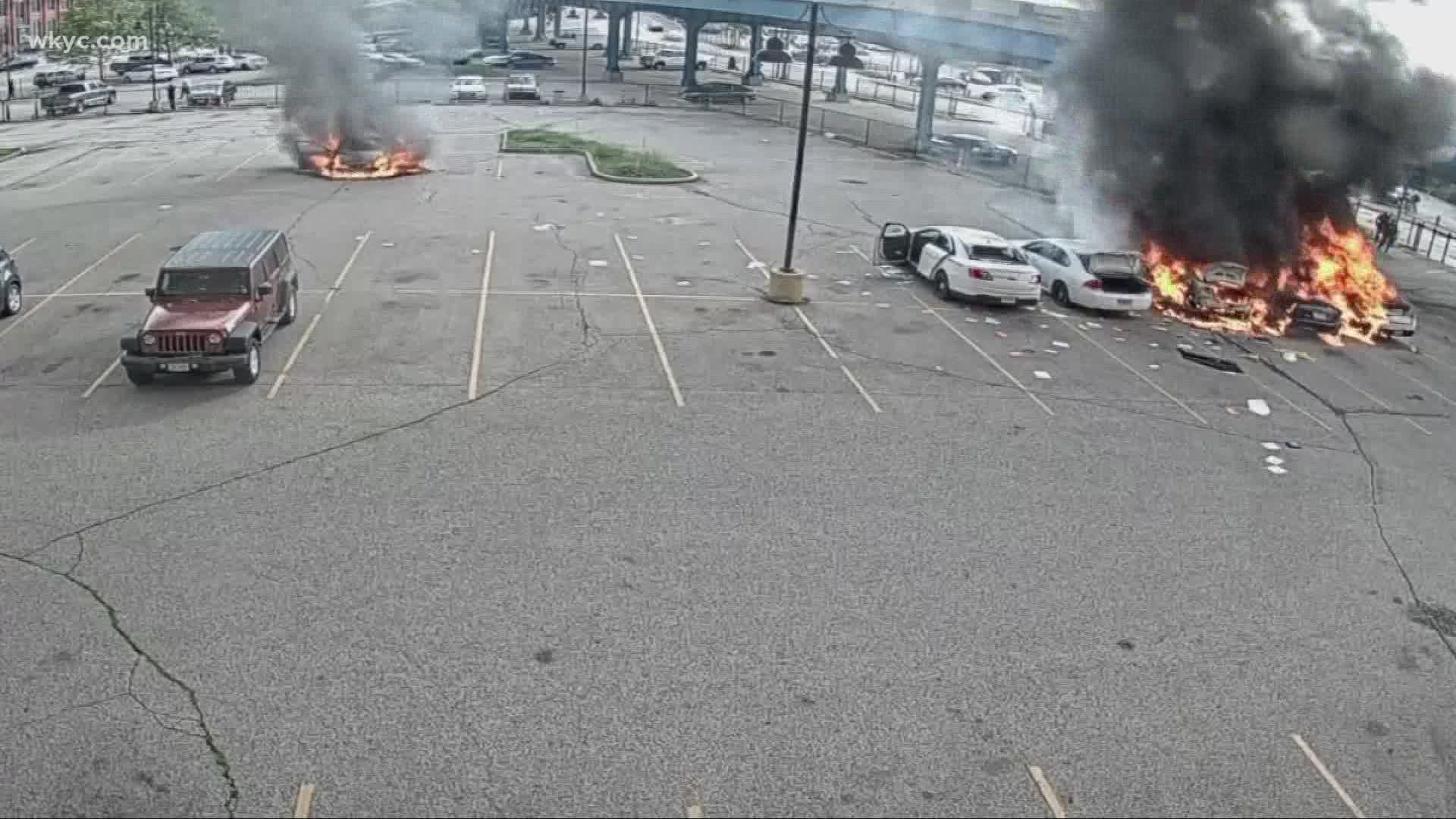 CLEVELAND — Cuyahoga County released surveillance new video on Friday that gives us another look at the recent rioting in downtown Cleveland, which took place after the peaceful 'I Can't Breathe' protest.

The video comes from 12 cameras around the Justice Center.

In one video, a man takes a dolly cart and swings it into the surveillance camera attached to the Justice Center on the West Third Street side.

In the parking lot, another camera shows a man pull a gate arm right off its mount.

Another camera shows a glass door near an elevator lobby being smashed as protesters mill outside.

Meanwhile, another camera shows fires being set, and multiple cars getting destroyed.

You can see more of the video in the player below: